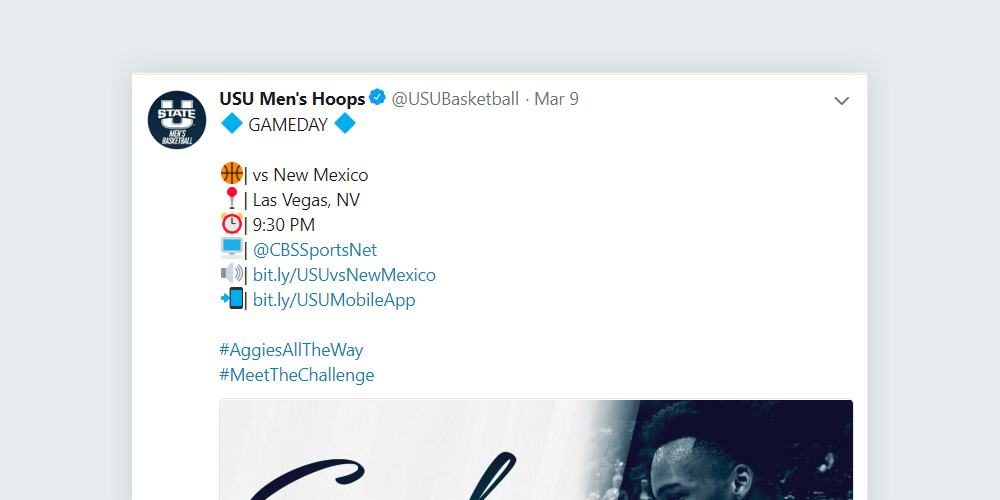 I love college basketball. During college, I was often one of those guys who went a few hours early and risked life and limb to sprint down 100+ stairs for the best seats in the house.

These days I enjoy games from the comfort of my couch, but that perspective has given me new appreciation for the marketers that try all sorts of things to get the rest of a fan base to joining to coverage remotely.

One such tactic has got me thinking more than others.

A basketball team will drive anticipation around the team’s next opponent in a very similar way to how we drive anticipation around a storm. A basketball team will put someone out on the court for video coverage just as a resort would with their on-camera personality. With weekend games, I’ve received “weekend ticket deals” from Utah State athletics just minutes apart from “weekend ticket deals” from Snowbasin or Liftopia.

The one tactic I referred to above, however, has not quite been adopted by resorts. It’s a tweet like this:

I cannot tell you how many times I’ve referred to these tweets over the last few seasons. Many of these accounts will pin these tweets, making it even easier to find and review as tipoff or kickoff approaches. It’s amazingly handy to have all the info you’d ever need for a game in one place.

All of those FAQs answered in a single tweet.

Which means that maybe the tweeted snow report looks something like this: 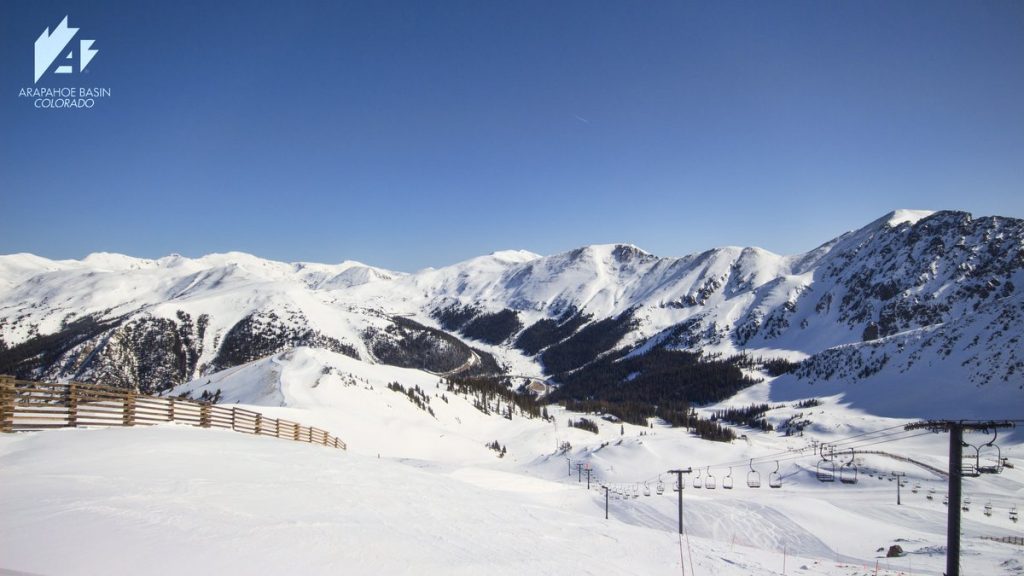 Gonna be a great day on the mountain!

Add your favorite photo your photographer has taken in the last 24 hours and you’ve got a pretty slick little tweet. And with a little extra work, there’s not much standing between you and a fully-automated version of this if you’ve got a consistent visual you can rely on like Arapahoe Basin does in Prism Cam. And what if you sent some version of this (basically identical minus the lifts/trails and snow report links) the NIGHT BEFORE so people who weren’t already planning to come would have time to make plans?

Sports teams are doing a lot of stuff that we’d do well to study. This is just one, but done well it could be a nice little addition to your daily outreach.