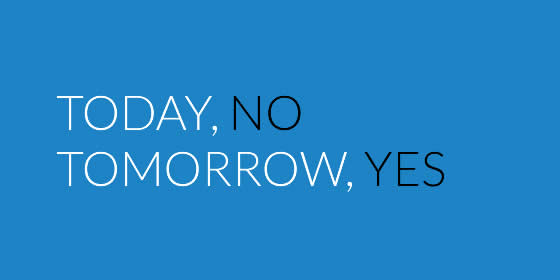 I’ve noticed something in my own behavior twice in as many weeks.

A friend is going skiing. They’ve got the day off but at the last minute their friend bails (or something similar) and, looking for the mythical friend on a powder day, they text me, “Hey, wanna hit Brighton today? Leaving in an hour.”

It’s 7:00am. I’m getting breakfast for the kids. I have a meeting at 8:00 and another at 10:00am. If you’d asked me yesterday when I had time to rearrange my schedule? Maybe.

It Hits Me
Does that sound familiar? It should. Because in many ways that’s exactly what virtually every resort does daily when they send a snow report to locals and especially non-passholders who will want to get a full day’s bang for their buck.

In other words, snow report emails are typically useful only if I’m already planning to ski that day.

But what about everyone else? How do we get them to come skiing when they weren’t already planning to? It’s actually pretty simple. Instead of planting the seed in the morning, we plant the seed the night before.

#1) Little Usually Changes
It hasn’t snowed for about a week here in Utah which means that the snow report tomorrow will be nearly identical to the snow report today. So if so little is going to change, why send it when it’s too late for most folks to act on it.

#2) Forecasts Are Getting Better
When it is going to snow, predictions will never be perfect but ski-specific snow forecasters are getting more frequent and better every year. So why not send tonight’s forecast today? Besides, it’s not your forecast. You have a willing scapegoat.

#3) You’d Be the Only One
Maybe I’m not on your lists, maybe someone out there is doing something similar, but it’s so uncommon you’ll basically be the only one doing so. With potential upsides, there’s not much to lose. 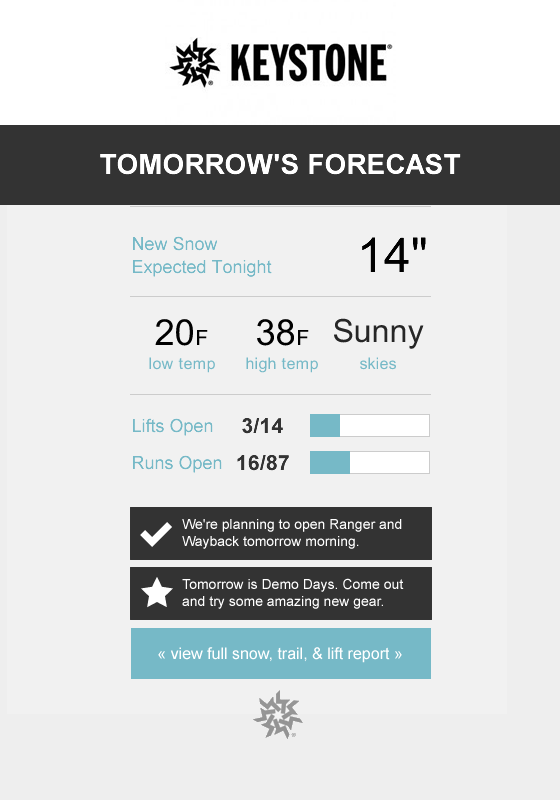 …but logistically I think that’s too complex of an idea to use as a starting point. So here’s what I’d do.

Create a segment of people that fit two simple criteria:

And then I’d wait for 3 slow days and 3 snow days and the night before each send them something like this. 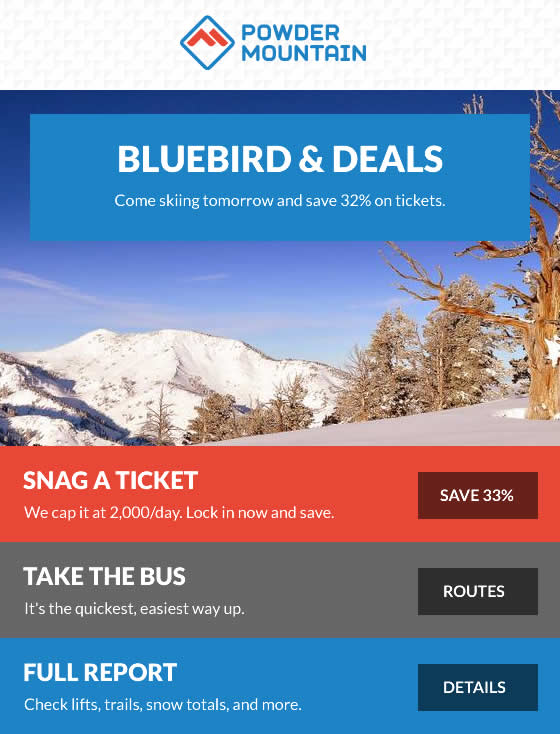 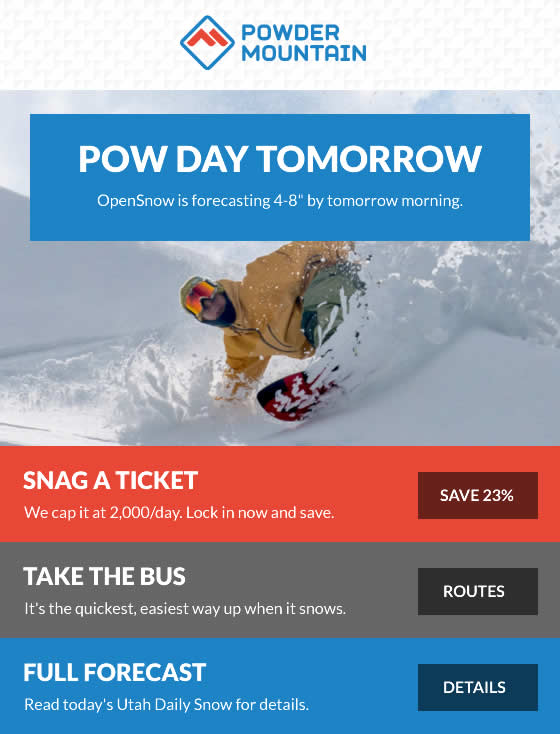 Then I’d watch the revenue/send numbers, compare them to a typical snow report, and see how it shakes out.

I may be wrong – I often am – but something tells me if we give people a reason to ski when they have enough time to say “yes”, maybe they will.