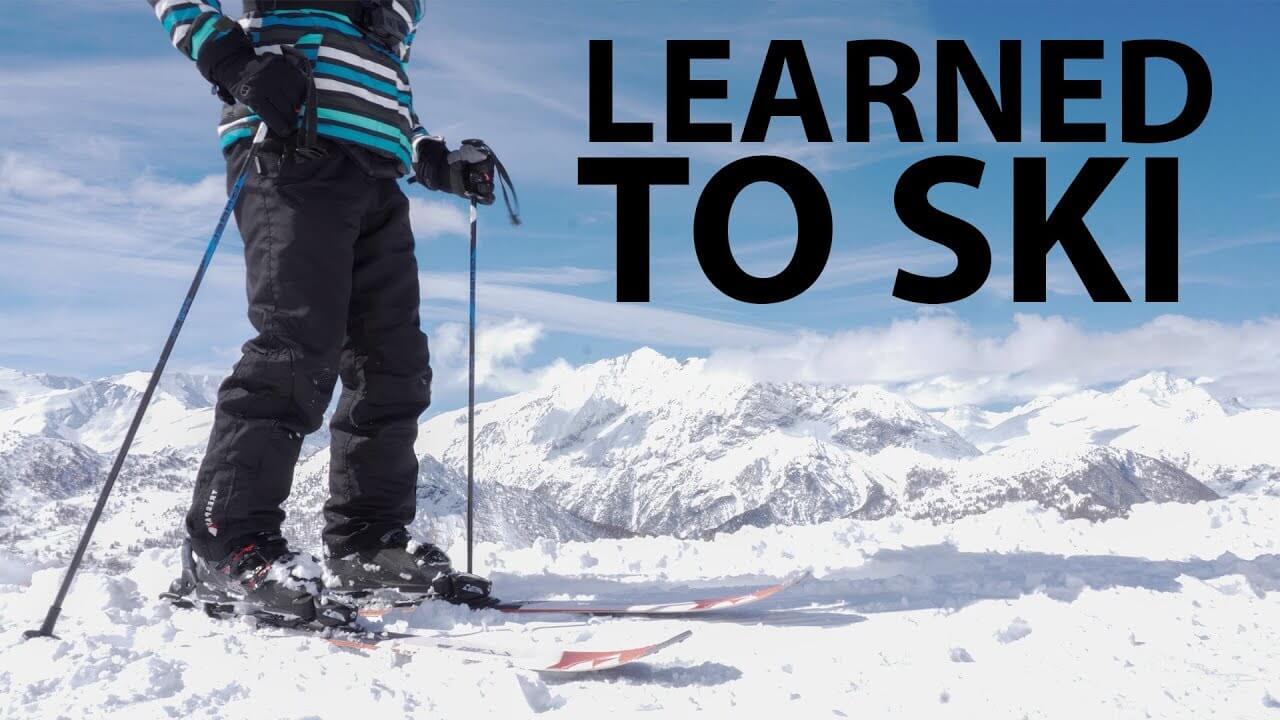 Over the last few months, I’ve added another YouTuber to my usual watch list: Mike Boyd.

I love the way he takes on a new challenge, documents the process of learning how to do it, really opens up about how he mentally works through the solution, before finally conquering the skill.

Little did I know, in his archives was an edit of his attempt to learn how to ski.

A few things were fascinating to me as I watched and then rewatched this video. Here are five.

#1) Where He Practiced
He’s from Glasgow, but was going to ski in the alps. So where did he got to get some practice? An indoor ski area. This message is one that the Snow Operating gang have been embracing with Big Snow and it was really interesting to see this crop up again as this quote from the opening paragraph of Jason Blevins’ coverage suggests:

“Angel Williams is heading to Breckenridge this winter for her first ski vacation ever and she wants to be ready. ‘I’m practicing,’ the New York City resident says as she boards the chairlift at Big Snow…’My plan is to go every weekend until it’s time to go to Breckenridge,'”

A couple small areas embrace this behavior, but makes me wonder if some need to explore this on a deeper level. Or, visa-versa: a larger area recognizing where there market it coming from and striking up a partnership with a small hill in the area.

#2) His Fear of Other Skiers
This is something I talked about in my own experience to feel like a beginner, but Mike hits on it too. As a beginner, you always feel like you’re in the way and/or worried about getting run into from behind.

It’s 100% a real thing. The resorts that have totally separate learning areas – not just Terrain Based Learning but a lift and multiple runs, etc.? They’re a much bigger selling point than I think many folks realize.

#3) Risk of Injury, not Death
I think sometimes we as an industry in an attempt to downplay the danger of our sport, point to death rates. But getting injured is a real thing. In this video, Mike’s wife breaks her tibia during his first day on the slopes.

#4) But Doesn’t Dissuade
But also notice that he didn’t suddenly give up because the danger was too high, he recognize that, yeah, accidents happen but that’s not a reason to avoid doing something altogether or to give up.

#5) Storm = Bad Weather
Notice, finally, how he talks about the weather. It’s dumping snow, but he feels this is a terrible time to go skiing. Maybe it’s the local weather station’s dramatization of weather creeping in, or maybe it’s yet another non-core skier trying to tell us that their favorite days on snow are bluebird groomers, not pow days.

Love Insights Like This
I think these sorts of peeks behind the curtain and amazingly insightful for our sport.

Yeah, it’s just one person. But remember that big data is just lots and lots and lots of anecdotes. The more conversations and stories and insights we can get like this on a one-to-one level, the more patterns we can start to tease out.