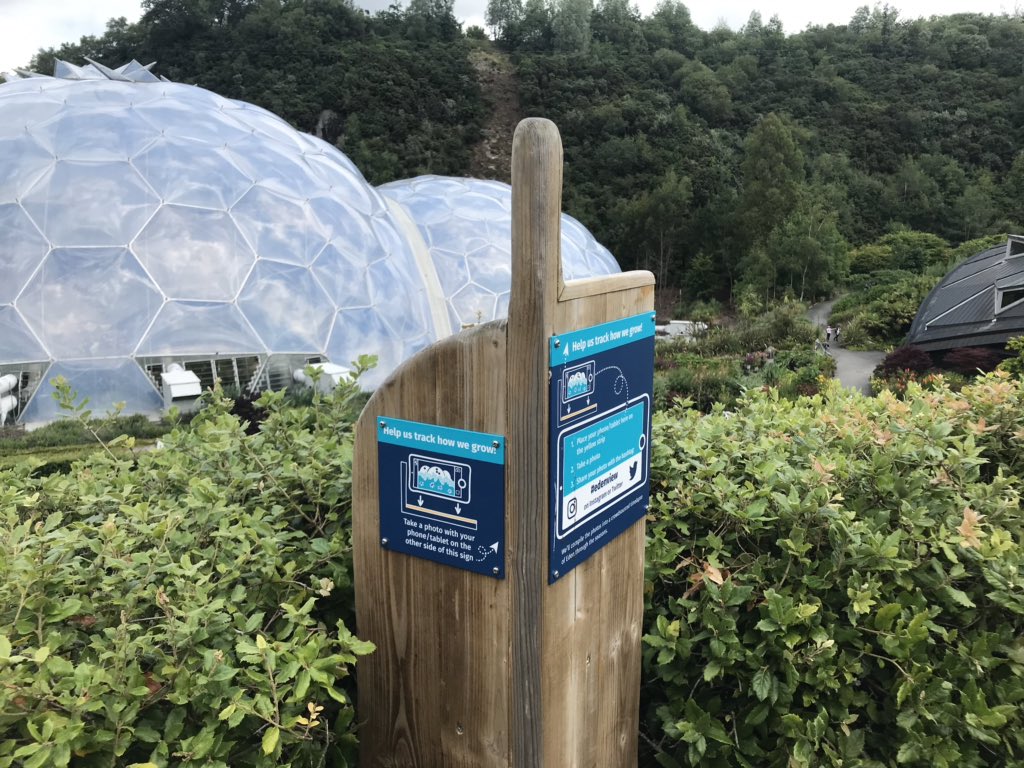 I’ve often toyed with the idea some form of content – a map or blog post or guide – that simply helps people know where they the best spots are for snagging Instagram-worthy views of/from the resort.

People will actually leave there house and do physical activity just for the photo they can take along the way, so helping those moments to not only happen but get as many likes as possible is something that, at least in my brain, makes some form of sense.

But how do you make sure they actually take a beautiful photo?

This is pretty neat. I'd like to see more of these. pic.twitter.com/0c3lpRZuC5

These guys wanted people to take more pictures of a very specific view. So they put up a sign that suggested they should do so. But that sign also helped ensure they took the perfect photo they were hoping for. Pretty clever, eh?

Marketing?
And they’re not the first. A lot of other folks replied to that tweet with similar concepts they’ve seen, but none in a pure marketing sense.

My small contribution: Just saw this at @edenproject and loved the idea! pic.twitter.com/24akfpLvhb

I put two of these up at @ucsc to track how vegetation rebounds from a control burn! It's a great idea! pic.twitter.com/tF70hALTlt

So let’s tie these pieces together with a little game of What If?

What if…
So what if you took a little bit of budget and did four things.

1) Find Your Top Three Vistas
Maybe that’d be a combination of something simple (like your entrance sign) with higher, loftier views (like that expansive view at the top of your resort) and something in between (like a hike or trail you’d like more folks to take).

2) Put a Sign in Each Spot
Perhaps make it more foolproof by angling the bracket and putting a back rim to it so it aligned perfectly with the framing you think best captures the scene.

3) More Than Just Sharing
But also take another idea from that tweet above and suggest that the photos they share could be used in a timelapse to capture the changing seasons or video or shared on social, etc.

4) On the Map
And then, finally, what if you put these photo-spots right onto your trail map? Or maybe a simple bi-fold that gives more advice on when to take the photo and edits to make them look amazing.

Some, All, None
Maybe people want to feel like they’re doing it themselves so perhaps the map idea alone is enough, or maybe all those combined would lead to a serious increase in UGC. Or maybe it would flop altogether?

But I think if you start with the idea – make it easier for people to take the photos you’d love to have them take – and even just use this idea to get that mental ball rolling, I think you’ll end up with some really, really interesting ideas.