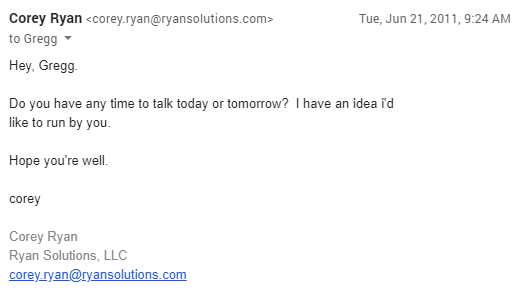 Ten years ago today I pushed publish on the first SlopeFillers post.

Some of you have heard a quick version of the 10-year story, but the first year of that tale is one I often think back on. It was a crazy 12 months of hustle and belief and hoping for something to happen. Amazingly…it did.

Today, I thought it’d be fun to focus on just that first year (or so) and relive exactly how it went down.

Spring 2010
Engaged to be married, I realize the business I am running was never going to support a family. So I start thinking about how to get into a new industry.

Late Spring 2010
Looking for a way to get my name out there, learn a ton, and build a network, I decide to start a blog called SlopeFillers. A this point I’m still debating between ski resort marketing and sports marketing, so StadiumFillers is also on the table for a few days, but eventually I settle on ski.

June 24, 2010
I publish the first post on SlopeFillers that’s nothing more than an overview of what the project is.

August 20, 2010
I commit to publishing every weekday and share a post about Boreal’s 1-2-3 program (WordPress broke this post during an upgrade a number of years ago, btw) to begin what would become a streak of nearly 1,000 weekdays (not counting some holidays) without missing. 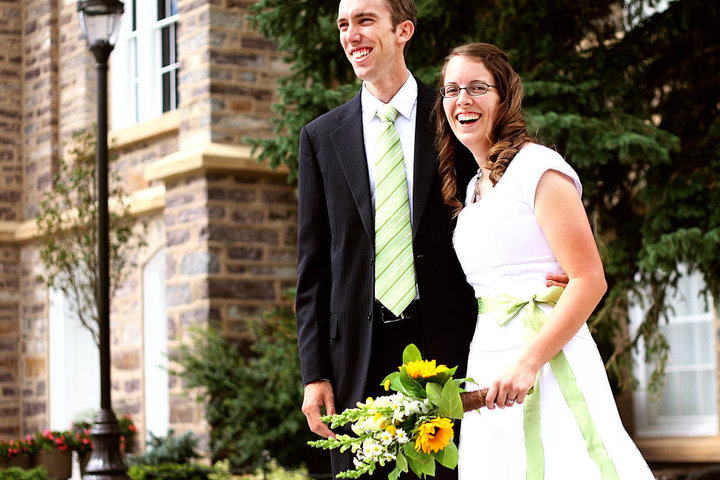 Winter 2010/2011
I’m finishing up a masters degree at Utah State, so I keep SlopeFillers going the best I can by brainstorming post ideas between loads at the laundromat. I end up skiing maybe 2-3 times that winter.

April 24, 2011
Using the contact form on their site, I reach out to Ryan Solutions to do an interview about their company and services. Corey Ryan responds and within a couple days the Q&A is ready to get scheduled in WordPress.

April 25, 2011
I hear about the annual NSAA National Convention that was scheduled to start in just 10 days. A little research shows there is no category I fit into, so I email Troy Hawks about if there’s any way to attend. He replies, and after a few emails back-and-forth, he hooks me up with a press pass.

May 4, 2011
After wrapping up the last of the course work for my masters degree, I hop in the car and start hustling down I-15 to Carlsbad, CA for NSAA. Somewhere past Las Vegas and around midnight my eyelids tell me I need to stop. Trying to keep expenses to a minimum for this unplanned trip, I sleep in my car for the night.

May 6, 2011
As the conference is winding down I’m exhausted from my night in the car and a couple short nights in a cheap Motel 6 down the road. After the last session I decide to hit the road but Christian Knapp recognizes me and we walk together to the marketing awards reception. At the reception I meet Corey Ryan and chat for a minute.

May 18, 2011
Armed with a little more intel on Ryan Solutions (and having seen his standing room only arrival-day presentation right after I arrived at the show), I publish my interview with Corey as part of my NSAA 2011 coverage.

June 21, 2011
Corey emails and asks if I can jump on the phone to talk about an idea he has. We find a day a few days later that works.

June 24, 2011
That idea turns out to be a job offer. On the one year anniversary of SlopeFillers, Corey calls and offers me a position at Ryan Solutions. My wife is camping off grid, but when she gets home it doesn’t take us long to say “yes”.

September 2, 2011
Kim and I drive to Colorado, meet the team – Corey, Ben, Amy, Brady, Anthony, Cathy, Kurt, and Patrick – in Minturn, CO, sign a contract on an apartment in Edwards, and explore the valley we would soon call home.

I often think about everything that has come from that simple decision to start SlopeFillers. Ten years later, I’ve got a great life that I owe in large part to what came after writing that first post. A lot of hustle, some great ideas, but a hefty dose of lucky to be sure.

Thanks for being part of that luck, thanks for all your support, and if you’ve got one of those “first posts” you’ve been meaning to write? Well, maybe today’s a good day to make it happen so a year (or ten) from now, you can look back with satisfaction the way I am today.