Partnerships
Despite facing many of the same challenges, the Freedom Pass lives on. 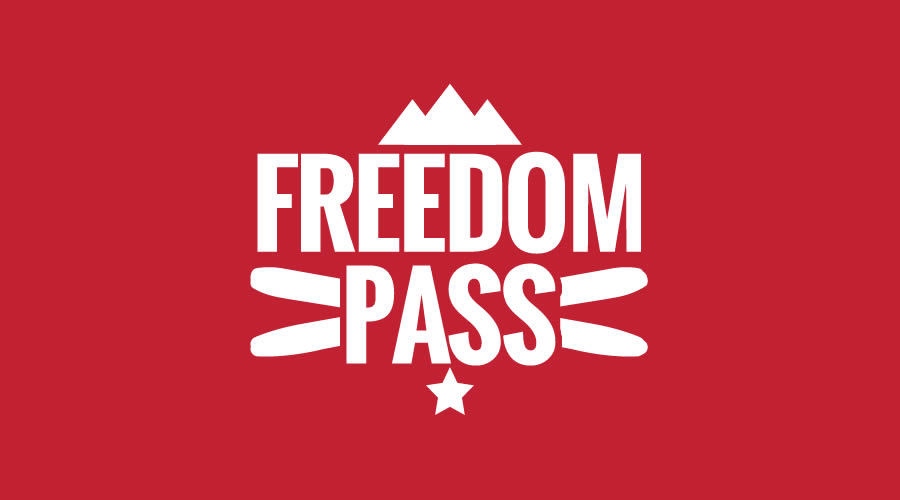 Every pass product in the market right now has pros and cons. It’s a balancing act between geography and price and pass tiers and perks and having the right number of member resorts.

This is also true of the Freedom Pass.

2014: Beginnings
Six years ago, the Freedom Pass launched with six partner resorts. The pass didn’t have a central website – just copy on each partners’ season pass page – and cost $50 as an add-on to a season pass. It also included unlimited skiing. 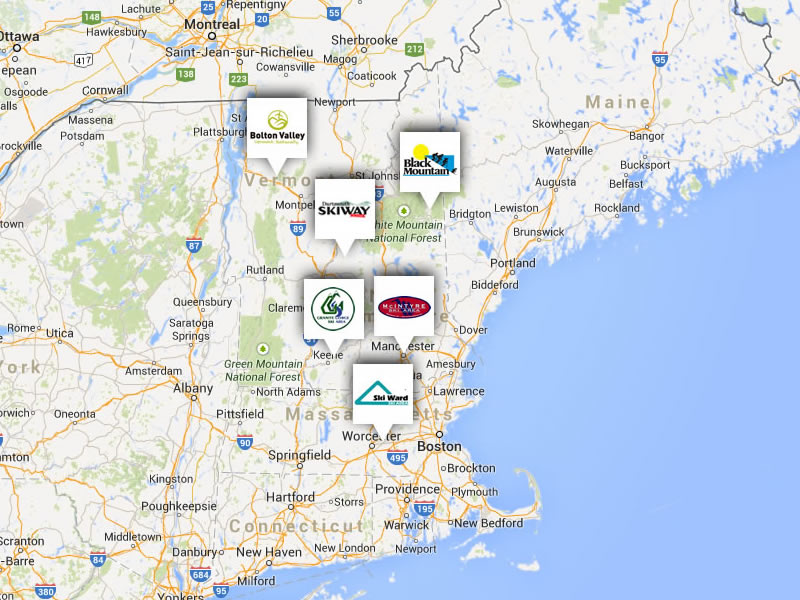 2016: Adaptation
Two years later, a few lessons had been learned and it was time for a change. The $50 charge was dropped, unlimited skiing was replaced with three free days at each. More resorts signed on for a total of 13. With some momentum, it was also time for a central website. I try to volunteer some time each year to a cause I believe in, and I offered a quick logo and website to Josh Arneson who was running point on the product. A couple weeks later we went live. 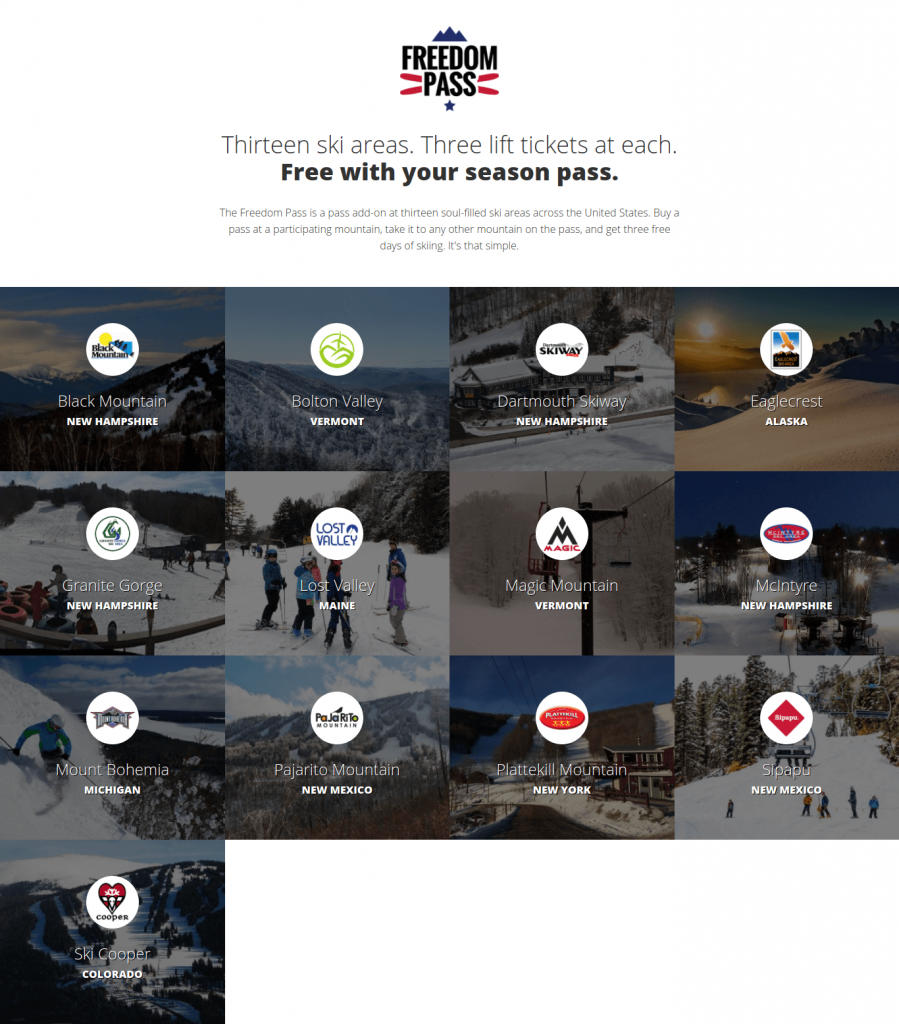 2018/2019: Challenges
Along the way, the Freedom Pass’ challenges surfaced. It was run by the resorts themselves, but the larger it got, the harder it became for any one person to stay on top of everything and manage it. It’s why the largest pass partnerships to have built momentum, to date, have been run by someone who doesn’t work at one of the resorts on the pass.

I talked about this quite a bit when the Indy Pass surfaced because it was took the paid, non-resort-managed concept of Mountain Collective to try to solve this problem for the group of smaller mountains.

2020: Smaller, but Alive
Which brings us to today. The pass appeared to be dead, but in the last few days Freedom rang once again with a small update to the website showing their current partner list followed by a PR push. Indeed, the old domain is a dead-end – freedompass.ski – but the new site is up – skifreedompass.com. 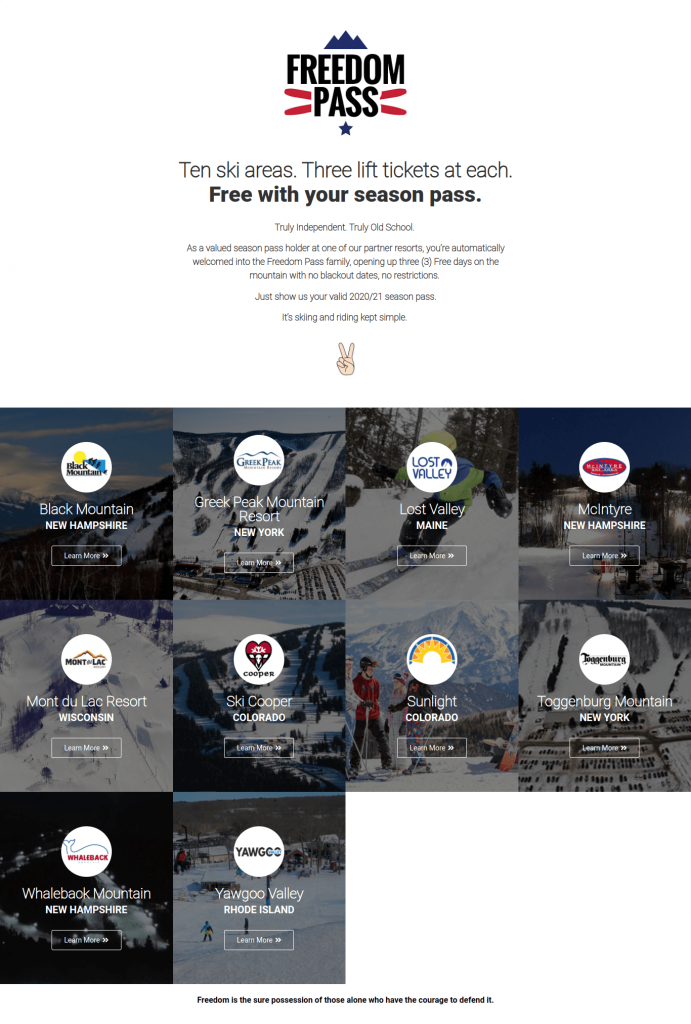 The Future
With a soft spot for small resorts and a small hand in the identity, I am really happy to see that the Freedom Pass is still kicking. But from all these attempts – Mountain Collective, Powder Alliance, Indy Pass, Freedom Pass, etc. – we’ve learned that running a pass takes a lot of things:

For the Freedom Pass, many of those challenges remain.

How the remaining resorts will solve these going forward is going to be interesting to watch. It’s not easy, but I’ll be pulling for them. I think a pass like this can definitely exist, so I’m hopeful this group can find a sustainable path forward that meets their goals.