Christian Knapp has spent nearly 20 years in Colorado helping craft campaigns and marketing strategy for the state’s strongest brands. Last week his team rolled out a new campaign - The Aspen Way - that stands out from the rest. The reason why has as much to do with timing as the message itself.

Gregg: Christian, when you tweeted about your latest campaign for Aspen (which we’ll get to in a minute) you said that you’ve never been more excited to roll something like this out. But let’s give that some context by starting with your history. You’re from Vermont, but have been out west for a while. How did you find your way to Colorado and how long have you been there?
Christian: Like most Colorado transplants, the lure of big mountains and lifestyle drew me to the state in 1998 after a few years in Oregon working for Mt. Bachelor. Timing is everything and I was fortunate to land a marketing/events coordinator job at Breckenridge before moving to town, which clearly wasn’t the norm. With snowboarding in my DNA from growing up in Vermont and being around the early days of the sport, working on Vans Triple Crowns and U.S. Snowboarding Grand Prix’s was a dream come true.

We did some really progressive things back in those days from edgy youth-focused print creative (Google ‘Town will be your bitch’ ad campaign) to hosting the first ever Snowboarder Magazine Superpark Cutter’s Cup. Five years of experience at Breckenridge translated to marketing roles with greater responsibility at Vail Mountain, Beaver Creek, and eventually as the brand director for Keystone before leaving Vail Resorts for Aspen Skiing Company in 2011. To this day, I’m still in awe of just how good Colorado has been to me and feel extremely fortunate to be raising my family in Aspen and stewarding such a storied brand.

Gregg: I’m googling that campaign now, while I do, what’s a ballpark on how many of these campaigns you’ve been part of over the years? Any others (good or bad) stand out on that list?
Christian: A handful of campaigns through the years have been truly memorable, most notably the controversial Breckenridge campaign that had to pulled but in the end was award-winning. It’s hard to fathom what the reach would have been like today if social media had existed! Another favorite was ‘Not Exactly Roughing It’ at Beaver Creek which nailed the brand promise with a tongue-in-cheek approach and some of the most amazing images captured for a resort by the great Stephen Wilkes. Beyond advertising, creating Friday Night Lights at Keystone headlined by Girl Talk was so insane we pivoted to Kidtopia the following season and launched the world’s largest snow fort which is still a hit today. In the last few years, Mountain Collective, as both an innovative alliance and a challenger brand, has gotten a lot of attention and we’ve piloted some really cool influencer activations and direct-response digital advertising. 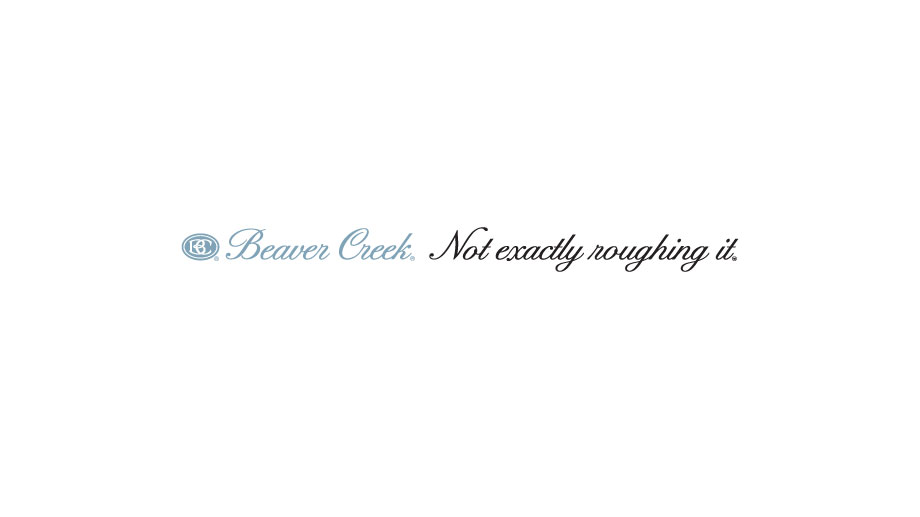 Gregg: Let’s move onto this latest campaign; The Aspen Way. Maybe we can start by deconstructing it a bit. In one of Aspen’s recent campaigns you focused on sets of words/values – mind, body, spirit – and have done so again in this effort. Talk a bit about the words used in this campaign and why that approach is what you’ve build this on?
Christian: When we set out last winter to create The Aspen Way it was a direct response to our CEO Mike Kaplan’s op-ed, ‘We’re Still Here.’ The timing was right to take a stand and get more political with our brand communications but we honestly had no clue how much it would resonate in these crazy times we’re living in. Building a campaign around the tenants of – Love, Respect, Unity, and Commit – was a natural in that we’ve always been a values-driven company focused on climate activism and social justice. Installing the words on the mountain in iconic locations allowed us to literally proclaim from the mountaintops what we stand for and create some amazing visuals in the process. What we do behind the scenes to express our values and do the right thing as a company is where the campaign really comes to life. Ultimately, we want everyone to know they’re welcome in Aspen no matter who they are or which side of the political fence they sit on.

Gregg: Talk a bit more about Aspen’s willingness to take firm stances based on their beliefs and value, especially on political things. I think Mike recently wrote another about mexican tourists avoiding aspen because of trump. Is that idea of standing up for what you believe in something you see in Aspen’s demographic that actually becomes part of the message you hope will resonate or more about be true to yourself?
Christian: The recent Wall Street Journal op-ed was submitted to raise awareness that President Trump’s xenophobic rhetoric is having a backlash on tourism, particularly from Mexico, which constitutes an important demographic for many ski resorts in Colorado. The Aspen community has always been about inclusiveness and that notion stands true today and is reflected in who we are as a company. There is a longstanding culture of acceptance here dating back to the first Gay Ski Week in the 70’s and being the acknowledged leader in climate activism long before it reached critical mass.

Gregg: Going back to the genesis, Mike wrote that original in December last year if my googling is accurate, how soon after did the ideas start to click? I saw the word “commit” was spelled out in physical letters in the spread you tweeted, did you already have much of the concept in place by then? Walk us through the timeline a bit from Mike’s op-ed to now.
Christian: We were several concepts into campaign planning with our agency Karsh Hagen before Mike’s op-ed and didn’t feel like they nailed it. They were inspired by the op-ed over the Christmas holiday and came back to us with the vision for the world installations. It resonated immediately and the response from ‘We’re Still Here’ confirmed we were on the right track. We then worked with The Public Works to build and install the 3D letters followed by shoots last spring. We kept the project mysterious even though a lot of locals saw the installations and shared them socially. It was my honor to carry the ‘C’ during the RESPECT shoot on Highland Bowl which was super cool.

Gregg: So given all the incredible, successful work you’ve done over the years, what was it that make this campaign stand out in your career? The timing with society and issues? The quality of execution? Something else?
Christian: The timing of the campaign couldn’t be more perfect, it’s almost prescient. Look at what just happened with the NFL, the escalation of natural disasters due to climate change, the DACA and anti-immigration stance of the administration, etc. We wanted to do a campaign with purpose that reflected our values as a company. Something that would stand out creatively with the high quality execution Aspen Snowmass is known for. We achieved that mission in my estimation.

Gregg: When you first shared this campaign publicly I saw a quote in Aspen Times where you said “We know there will be some criticism of this campaign. We know it’s not going to appeal to every person. That’s OK.” We sometimes talk about vanilla marketing, do you think the strength in this campaign lies in the fact it’s not for everyone?
Christian: The Aspen Way is the antithesis of vanilla marketing. You never want to be all things to everyone and we’ve taken that concept further than ever before. There have been more reactions, good and bad, in the first few weeks since launch than the previous three campaigns combined. When employees and community members send unsolicited emails saying how proud they are to be associated with an ad campaign, that’s enough reinforcement for me.

Gregg: Now that it’s live and your social audiences have seen and commented on it, how has the response been? Better/worse than you expected?
Christian: Overall social engagement and views have exceeded expectations, but not without criticism. Negative comments question why we’re getting political when it’s just skiing, or call us out for being elitist hypocrites. One past guest even said they won’t be returning because their view on marriage is one man, one woman, one lifetime and they’re not aligned with our values. That aside, the vast majority of responses have been extremely positive, emotional even, and the fact that people are having a dialog is a win in my book.

None of what we’ve discussed is remotely possible without an incredibly talented team of contributors or leadership willing to take a chance on disruptive ideas. It’s been my fortune to work with both and you can never take that for granted. Thanks so much for everything Slopefillers does to keep ideas churning and highlight marketing efforts in our industry.