Branding
The 2017/18 Mountain Collective is a lesson in success.

It’s been a funny journey for me with the mountain collective.

My first reaction when it was launched 5+ years ago was confusion. I had questions. A lot of questions – and I wasn’t convinced of the model.

This year they’ve added some great changes to the product itself, including:

Speaking of that last one, I dig it. A lot. 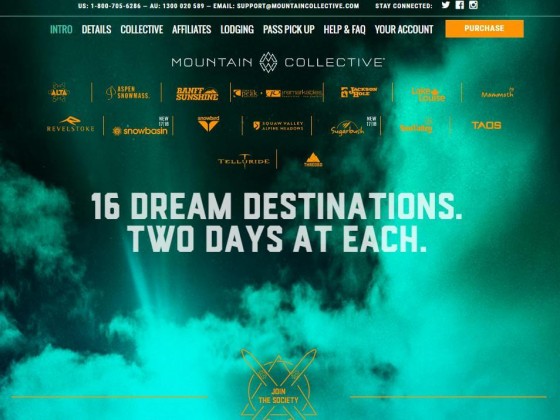 But in my mind their marketing savviness is manifest most clearly in what doesn’t change each year.

Because on the flip side of the pressure and glamour to do a full redesign is the reality that most of what you’re doing already works. And, even more, if you can update pieces individually without requiring a full rebuild of the system, you’ll have more time and money for things that matter.

#1) New Visual, but Mostly Identical Website
So, yes, they updated the visual look of the brand, but this was done in a way that let them keep a bautiful, one-page website that was already extremely effective and well-thought-out. 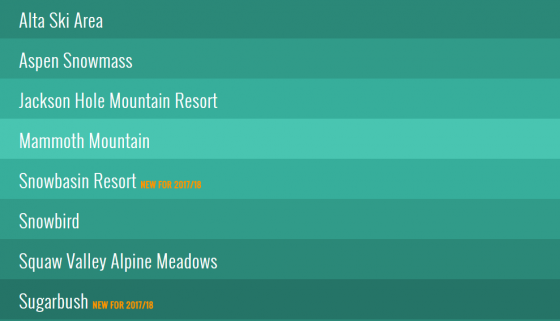 …are identical to before with the only change being color.

#2) Larger Group, Same Coordinated Push
When I first wrote about the Mountain Collective’s coordinated marketing attack, more than a few people questioned whether it would be better to spread it out a bit.

But I disagreed then and I’m standing my ground, because of all the marketing I miss on a daily basis, I’ve never missed the release of the Mountain Collective simply because this is what my social feed and email inbox look like.

Without filtering or sorting or algorithms or paid promotion, it owns my attention.

This year was no different. So even as the list of resorts grew and become a bit harder to manage, the same coordination remained with the same powerful results.

#3) Little Things
And then there are dozens of little things.

The same $1 for kids that received such a great response last year, the same POW membership and stance as a brand, heck, even the same progress bar to illustrate scarcity and create urgency.

The bottom line is this: the Mountain Collective was already working.

So even though some changes were needed, I love that they resisted the urge to start from scratch. They were able to update things visually without going so far off the original course that they sidetracked themselves with the time and resources needed for a complete overhaul that may or may not have worked better than what they already had.