Websites
Why the speed of your resort’s website matters much more than you think.

DAVID KENWORTHY &
GREGG BLANCHARD
Get a sec? Give me some quick feedback on this post.

Last year I had a marketing nerd-out session with Origin’s Digital Marketing Director, David Kenworthy. The topic? Websites. What came from that conversation was a set of three simple topics that we both felt were misunderstood or overlooked by most resort marketers. So we decided to try something new: co-write a blog post to cover each. After publishing those all in 2021, I’m doing so again as some of these topics continue to come up. This is the third part of this series that builds upon some stuff David has been writing about lately on Origin’s blog.

How long are you willing to wait for a website to load? Two seconds? Three? Four, even? It’s embarrassing to admit our lack of patience with something that didn’t exist a few decades ago, but we’re not alone.

According to a study conducted by Kiss Metrics:

Now, self-reported expectations are one thing, but I’m sure – like us – you can remember a long list of situations where you clicked away from a slow-loading site. Page load time is a major contributor to a handful of issues that hurt your marketing efforts. Let’s start by digging into a few of those.

An ever-increasing percentage of first interactions with brands are made online, which means your website is frequently that first impression. If it loads quickly, you have immediately made a good impression. Slower-loading sites, on the other hand, could leave a lingering sense of frustration at best and distrust at worst. Call us crazy, but we’re pretty sure that neither emotion is the associations you’re aiming for.

Problem #2) Speed is an expectation.
The purpose of page speed is rooted in a single, specific benefit: Allowing users to get to the information they want quickly. S we mentioned at the beginning, people expect speed and the impacts of those expectations could be significant. That same KissMetrics study found that 40% of people abandon a website that takes more than 3 seconds to load. And a study released by Ericsson Mobile in 2016 tells us part of the reason why:

”Delays in loading web pages and videos under time pressure caused mobile users’ heart rates to rise an average of 38 percent. Six-second delays to video streaming caused stress levels to increase by a third. To put that in context, the stress incurred is equivalent to the anxiety of taking a math test or watching a horror movie alone, and greater than the stress experienced by standing at the edge of a virtual cliff.”

Our suggestion: Let’s save the elevated heart rates for good times outdoors, and not waste them on aggravating web experiences!

Problem #3) Rankings
In 2010, Google announced that they would officially be using page speed as a ranking factor. This was reinforced in 2018 when they announced a focus on mobile load speeds. It was also around this time we saw the Google page speed insights tool start showing speed on mobile as the default result.

One really interesting little snippet from the 2018 announcement was this:

What does that mean to you? It means that if you are sitting in the lower end of the speed range (0-49), this  might affect you more than if you are on the higher end.

Problem #4) Conversions
Before you get too frustrated at Google, keep in mind that the biggest speed-induced pain you’ll feel will come from your users. The Kiss Metrics analysis we mentioned earlier also found that “a 1 second delay in page response can result in a 7% reduction in conversions.” In a world in which success and failure (or profit and loss) are often differentiated by less than a percentage point, that’s a huge deal.

How do I speed up my site?

Now that you’re sufficiently scared of your slow-loading site putting your resort out of business (it won’t, but it sure isn’t helping), let’s talk about what you can do to give your site a boost in speed.

1) Check Your Score
You can’t improve what you can’t measure, so get familiar with using Google’s free page speed insights tool. Here’s a quick checklist to get started:

2) Optimize Your Images
Image optimization often plays a huge role. For example, photos are usually smaller as .jpg or .webp files instead of .png. And be sure you’re not loading a full resolution image for a tiny promo block. Read this article for more tips.

3) Clean out Tag Manager & Unused Scripts / Plugins
One of the biggest wins we’ve had comes from removing old and unwanted tags from Tag Manager. Old, broken tags that throw javascript errors can be a huge contributor to increased load time. Did you test a new ad platform but forget to remove their tracking code? An easy win for site speed. Learn how to delete tags here.

For you WordPress folks, removing certain plugins can absolutely increase the speed or your website, but don’t just aimlessly start deleting plugins or adding speed boosting plugins. It will never end well, we promise.

Page speed is a big deal, but remember, the 100/100 score in Google is a modern day unicorn:  It’s nearly impossible. We checked the scores for the sites we’re responsible for while we were writing this and the averages were:

Keep in mind, however, that those scores aren’t the result of chance but regular, intentional effort. 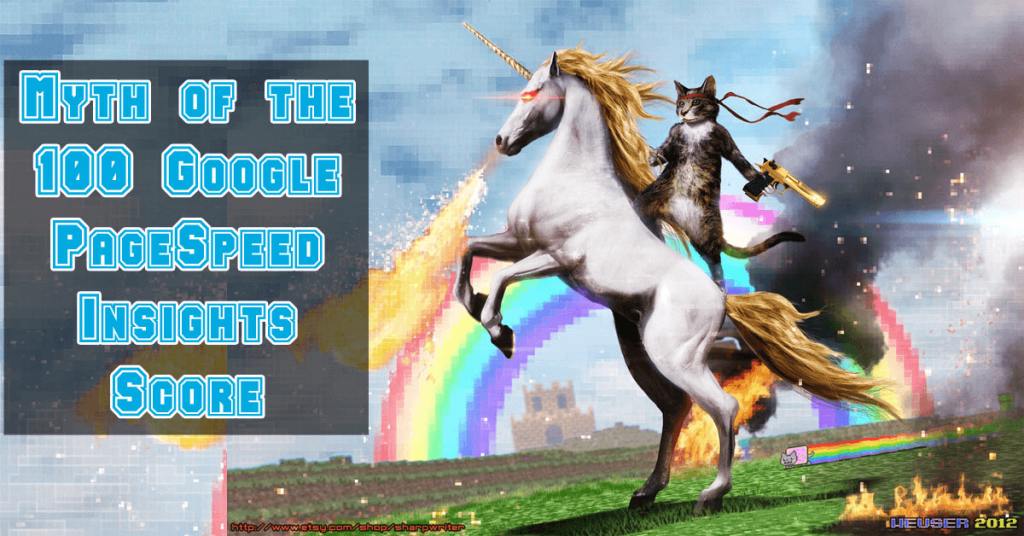 Operating at a score above 50/100 may not be perfect but will not cause the world to end. And no matter what, please don’t lose sleep after reading this article.