Stories
A subtle bit of genius hidden in a Mount Snow marketing video. 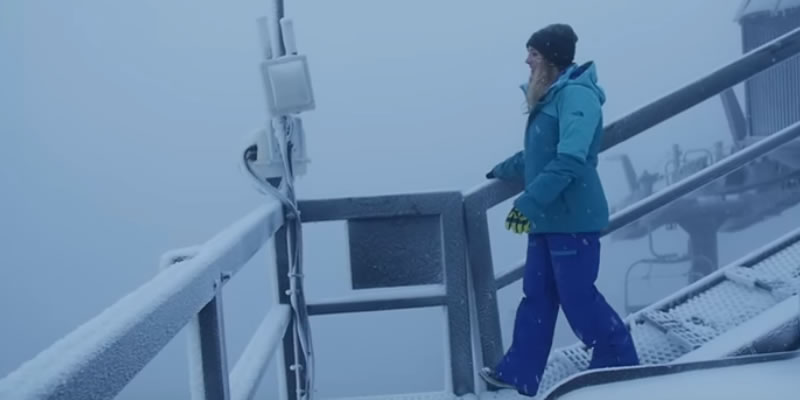 This happened about a year and a half ago, but I just noticed it today for the first time as I was reviewing some video content for a different post.

So being, let’s back up and set the stage a bit.

For a long time, Mount Snow was working on a thing called the West Lake Water Project. A big improvement to their snowmaking system, it was something they talked about quite a bit during 2017.

Kelsey checks in on the progress that's been made over on our West Lake Water Project. #WestLakeWater pic.twitter.com/vjYevrVvWp

West Lake getting a bit of a haircut before its final state inspection before we can begin filling it. #WestLakeWater pic.twitter.com/HxMG8OuPCS

The tweet above is relevant to what I want to talk about, so notice that this project started to wind down very early in August 2017.

Projects Everywhere
We all have behind-the-scenes projects like this whether you’re at a resort, a vendor, an agency, or flying solo. Things that aren’t readily visible, but lead to opportunities down the road. Things like:

There are better examples than that, but the challenge with these and others is simply this: it’s really easy to forget about them once they’re over.

Because we’re marketers. And as soon as we ship one message out the door, another is waiting to be crafted. Just as you can’t remember what you ate for lunch 18 days ago, it’s hard to keep top-of-mind a marketing message when 17 others have since passed through your brain.

Tie it All Together
With that sidebar out of the way, let’s return to our story.

It’s now November 2017 and Mount Snow is breaking out the snowmakers for the first big push of the 2017/18 season. It’s been a full three months since the West Lake Water Project wrapped up. Season pass sales have ramped back up, dozens of emails campaigns have gone out the door, tradeshows booths are being printed, etc.

But give this a watch and see what you notice about 30 seconds in.

Kelsey King, after talking about how exciting it is to be back in snow, says:

“This couldn’t be happening without all the hard work that went into the West Lake Water Project.”

This is such a small thing, but it’s also massive. Instead of getting lost in the sea of marketing today, Mount Snow managed to keep top-of-mind all the stuff from the past that made such a day possible and tie those pieces together beautifully.

So simple, but really hard to do and something I’m constantly trying to get better at. Great work by Kelsey and the Mount Snow team.