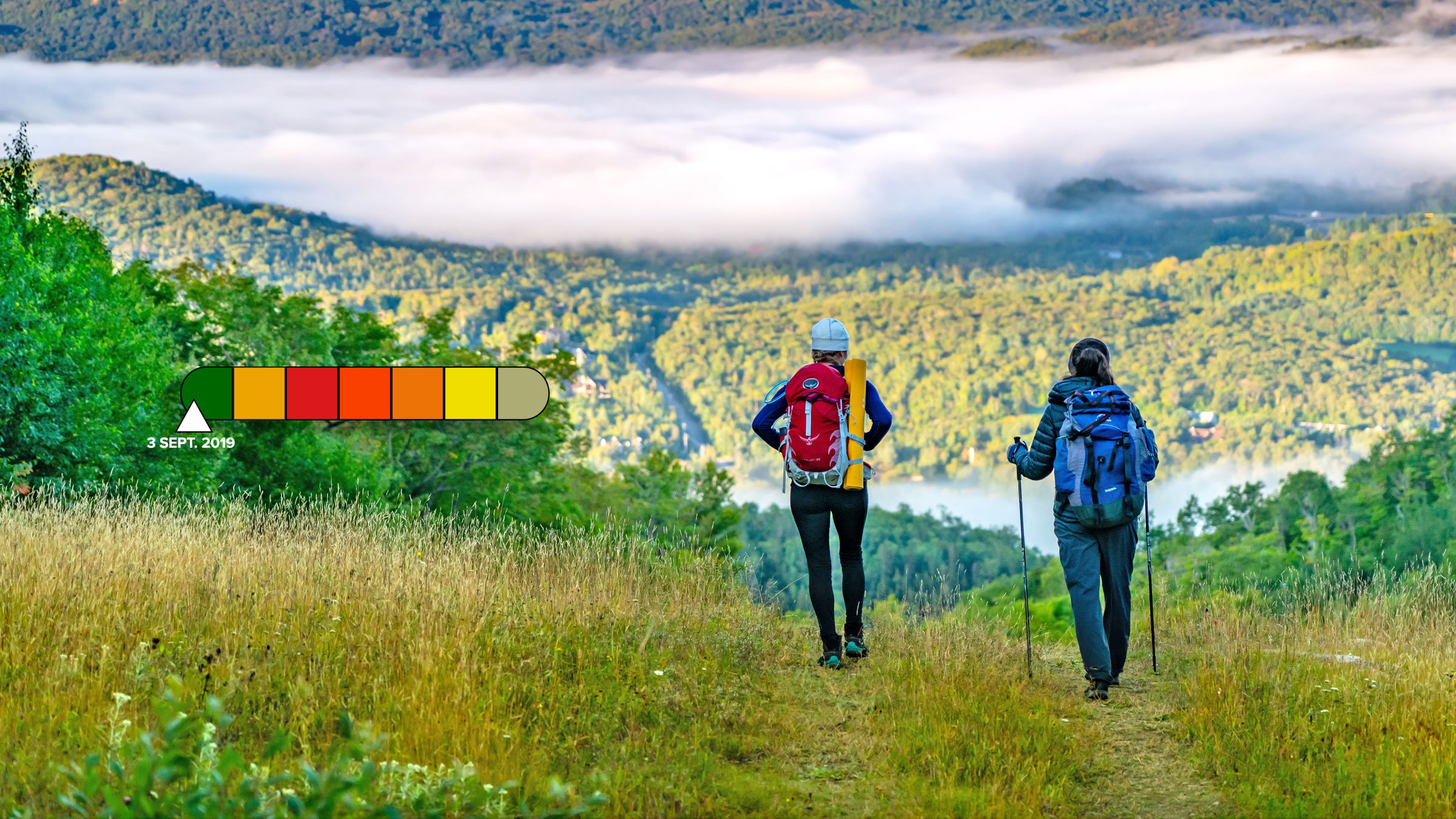 The first is to Chris Lamothe for discovering this little gem of an idea.

Very cool of @MontTremblant to include a Fall Colour scale on their homepage with recent photo. pic.twitter.com/asHTz9nzx8

And the second to Mont Tremblant for coming up with the idea and executing on it in the first place.

The Idea
I’m heading to Stowe next week for some meetings at Inntopia HQ.

Now, historically, I’ve had pretty back luck with Vermont leaves. Last year, for example, I hiked Spruce peak my last day in town and saw a tinge of color starting. A few weeks later I flew in just as a wind storm knocked down the last of the peak color.

So this year I’ve been watching webcams and asking people in the office for updates. But even still, I find myself thinking:

In other words, it’s hard for me (or anyone) to know if the webcam is telling the full foliage story.

That’s the first reason this indicator is so smart. It’s nothing more than some shades of color, a date to indicate the last update, and a small arrow to show which phase we’re in. But it quickly provides potential peepers with a big picture status in a tiny bit of visual design.

The Execution
Once you have the idea, however, there’s always a risk of over complicating the solution.

This could have very easy been a widget absolutely positioned with CSS and updated from a simple input field within Tremblants CMS. But that simple widget could have cost a bunch of money, taken weeks of work, and broken more often than it worked.

Instead, Tremblant’s team just added some graphics to their hero image and reuploaded. 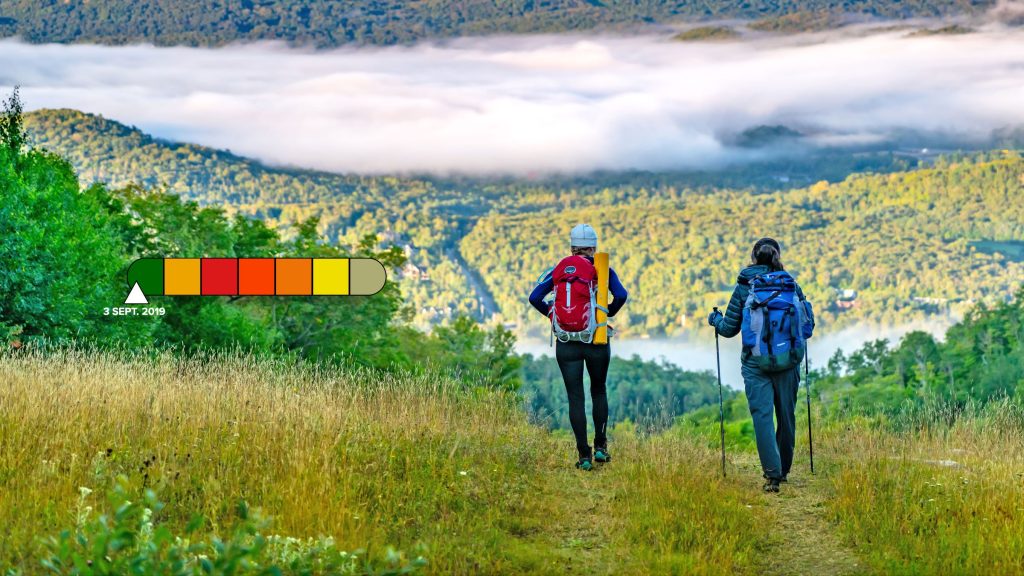 There’s a lot of value in something like this, but there’s a much better ROI if you can do it without spending more than a few minutes on the execution in the first place.

More of the Same
I just want to tip my hat one more time to Tremblant. Over the years they’ve consistently churned out great ideas and novel campaigns.

This is yet another one of those.