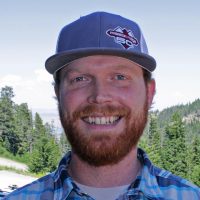 Not too long ago Tony Hickok was studying autobody management in Laramie, Wyoming. But when a move brought him to Wenatchee and stars aligning put him in the marketing director's seat at Mission Ridge, he leaned on a degree in economics and a unique eye for opportunity to rethink the value their resort was offering to guests. 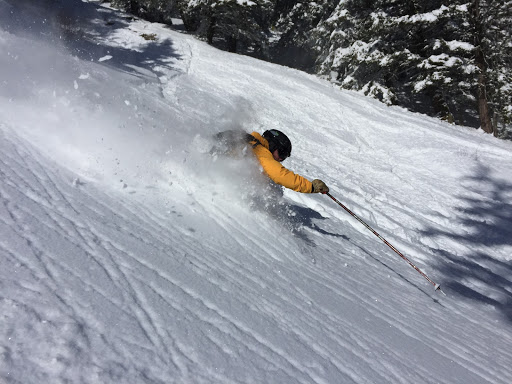 Gregg: Let’s start off with the basics, Tony. Where are you from originally and, because I know the answer, what did you study in college?
Tony: I was born in Pocatello, ID but grew up in Bozeman, MT and went Kindergarten-College there. I have a BA in Philosophy and a BS in Economics from Montana State University. I also have an AST in autobody repair and management from WyoTech in Laramie, WY.

Gregg: So, how exactly did you end up in Washington?
Tony: My fiance at the time, my amazing wife now, received word of a job offer in Wenatchee, WA in 2012. We happened to be traveling abroad celebrating our graduations from university and I will never forget the following moment. We were sitting in a hostel when we found out about the potential job. The first thing I did was grab the tablet we were traveling with and Googled, “Ski areas near Wenatchee, WA”. I mean, a marketing director couldn’t make this stuff up. When the results came up and we saw that Mission Ridge was just 12 miles away and there was another place to ski an hour and a half away we were sold.

That was even better than the 16 miles to Bridger and similar to the distance to Big Sky that we grew up with. The potential job checked off one of the most important questions on the test. Eventually, there was an interview, an offer, and a Uhaul trip to Wenatchee. 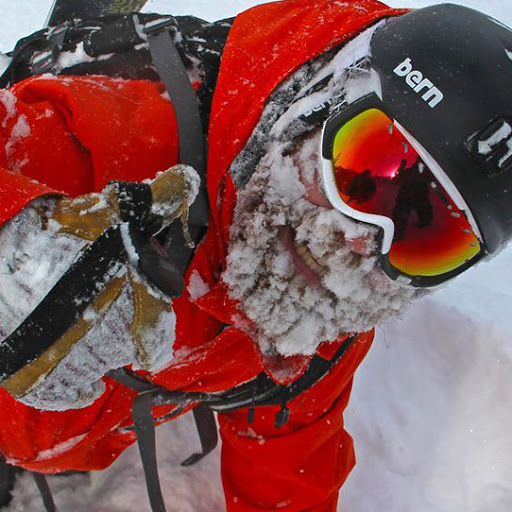 Gregg: And how did you end up at Mission Ridge?
Tony: When we moved to town for my wife’s job, I had no ski industry or marketing specific experience. I was simply looking for a good job while I “figured things out”. Super cliche right? I started at Mission Ridge as a Lift Operator for the 2012/13 season to stay off the couch while making a little money and hopefully also some turns. November and December stacked up to be one of the best starts to the season on the books at Mission Ridge! Needless to say, as a Lifty, there was a lot more work than play with all the snow. But I was stoked. It was so much fun interacting with all the guests and the rest of the MR team. Especially coming from a fairly socially isolated atmosphere working in autobody shops.

Gregg: Crazy, so what was the path to Marketing Director?
Tony: Just after the new year, the Marketing Director at that time came up to me while I was setting up the maze for Chair 1 prior to opening and asked if I “wanted to come in a couple of hours early each day”. I had no idea why but I said yes. Saying yes to work was a conditioned response for me. Always take work and then figure out how to make it work later is how I operate.

Turns out I was offered the snow reporter gig for the remainder of the season. After one of the best starts to a season ever in November and December of that year, I reported just 38″ more over the next three and a half months. Luckily, Mission Ridge’s amazing snow quality and ridiculous number of sunny days annually kept us smiling and closing with all chairs and 100% of our terrain open (2,000 acres) in mid-April. Let’s just say I got really good finding ways to say that we were looking forward to “great groomed conditions, sunny skies, and comfy temps” over those 3 and a half months.

Gregg: That’s awesome. With such a unique background – both economics and automotive admin are pretty rare in marketing teams – what did the industry look like when you made your way into the marketing director’s chair?
Tony: I’m heading into my 5th season as Marketing Dir. Four years ago a couple of things stand out in my mind. 1) It was becoming clear that tech, especially in the eComm and associated spheres, was changing at a faster and faster clip. 2) Resorts were (and still are) gobbling up reciprocal partnerships like crazy (the resorts that is, that weren’t gobbling up other resorts). And 3) many resorts, especially across the West and Northwest in particular, were coming off one of the worst seasons ever. Looking back, it was kind of like investing at the bottom of the market just as things were starting to look up. The situation was ripe for change and new ideas.

Gregg: Did anything strike you as odd?
Tony: Antiquated POS systems and what seems to be the industry’s general inertia and resistance to change. Technology is always changing, but it seems that in a couple of areas in particular, there has been tremendous growth in the last four or five years. I think we are starting to see a lot of folks breaking out of the old mindset and really striving to catch up to guests expectations when it comes to things like the eComm experience.

Gregg: What about opportunities?
Tony: There has been a ton of opportunity to not do things the way they have always been done…to not simply check traditional marketing boxes if they weren’t the right fit for Mission Ridge. We stopped doing some things to shift resources in other directions. Essentially we cut out a lot of traditional tactics, especially print, and focused on technology and relationships.

For example, right off the bat we stopped having brochures printed and distributed. We didn’t want to spend money to have pieces of paper floating around the Puget Sound on ferry ships.

Gregg: When we talked for the first time, you mentioned the way you approached the balance between season passes and day tickets was one of those things that stood out. Any thoughts on what you saw there or how it impacted strategy?
Tony: Coming out of the 14/15 season we had a really tough pass sale due to the extremely low snow season. Mission Ridge was the only resort in the state of Washington to operate every weekend of the season (though we were closed midweek for a lot of it from February on) but that season had a major effect on some passholders. We had a really low number going into 15/16 relative to historical averages. The next year was a great snow year. We sold a lot of tickets.

For a long time, Mission had been looking for a way to move the needle on passes. Historically pass sales are an awesome example of supply and demand. If you lower the price units sold go up. If you raise the price units sold go down. But at the end of the day, revenue stays pretty much the same unless you are able to tap into a new market.

Gregg: How did that change after the 15/16 season?
Tony: After the 15/16 season, we decided to really focus on making sure we were helping guests experience The Ridge through the best product for them. We also wanted change when passes were being sold. In order to offer better guest service, set the business up to be more successful during the summer months (we have no summer operations, just expenses), and to be able to focus on ticket products going into the fall, we changed our pass sale strategy going into the 16/17 season. A shift to a quantity-based, rather than a date-driven deadline system has been one of the most important decisions for Mission Ridge. It has helped us move the needle and be able to re-invest more back into our infrastructure to make sure we are around for the next 50 years (we celebrated our 50th anniversary in 16/17).

Gregg: So interesting. How did your market respond?
Tony: We didn’t change people’s behavior with respect to what they were buying, just when they were doing it. The biggest group of passholders are still getting their passes for the next season at the lowest prices. The thing that has changed is they are locking that value in on the first day, or first couple days, of the sale instead of waiting until the final 24-48 hours before a standard date deadline. They are geared up for the next season in March when we have our full complement of season pass and ticketing staff instead of May or June.

Gregg: With all of these things, how confident were you?
Tony: “If the challenge we face doesn’t scare us, then it’s probably not that important.” Great timing for this quote to show up in my inbox last week from Simon Sinek’s daily inspiration email series.

On more than one occasion I’ve been called very analytical. Even though I’ve had the opportunity to express a far goofier side through videos like the one below during my time at Mission, I am generally considered to be a pretty serious person. When we come to a decision we are confident because we have analyzed it extensively. But when you step into the void you would be foolish to assume that just because you think it is the best path, that it is truly the right decision. There is always a healthy amount of concern. There is always a chance that we just can’t see why doing things like everyone else is the right path. And let’s not forget that little thing called snow. Snowfall has the ability to make any decision look great if it is deep and frequent.

Gregg: Did the fact you were one of the only ones doing this ever nag at you a bit?
Tony: The way everyone else does things can be the right decision for them and Mission Ridge not doing it that way can be the right decision for us at the same time. Between resorts of all sizes, there are so many similarities. So many challenges we all face are the same. But my take is that each resorts individual response and solutions to those challenges have to be catered to them specifically even if it runs counter to the trend.

In a time of increasing conformity in the ski industry, our guests are seeking out unique experiences…unique solutions to changes they are seeing in their experience. Maybe we should be following their lead.