Data
Deconstruction the “why” and “how” of the Quantified Skier.

Many times over the last few months I’ve found myself saying the same thing to marketers:

Here’s where my head is at with this.

Meaning, Purpose
Us humans like to find meaning in our lives. In the things we do. We always seem to be chasing stuff that gives our actions purpose and significance.

It’s part of the reason we almost never choose moderation – tiny homes instead of smaller homes, marathons instead of a few extra steps – because it’s achievement is one of the things that is guaranteed to give us an injection of significance.

But what does man’s search for meaning have to do with counting my steps? Everything.

Before…After
My wife wears a FitBit. Technically, so do I…when I remember.

Most days before the package arrived, she easily walked 10,000 steps. When she put one foot in front of the other for the 10,000th time, it was like any other step. It meant nothing.

The day after it arrived, however, that 10,000th step was greeted with buzzing, flashing lights, animations on her dashboard when she logged in, and more. Suddenly, something that didn’t have any significance – her 10,000th step – had some (hard to quantify) significance which gave similar purpose to every preceding step leading to that accomplishment. 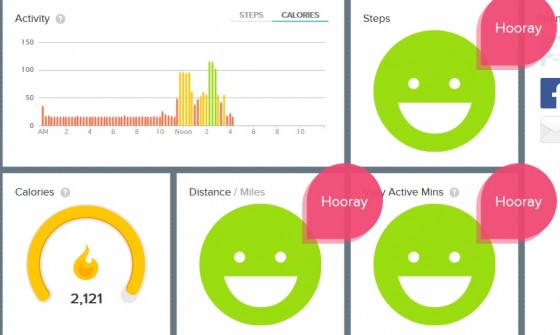 In that context, it’s little wonder why these little devices that turn once meaningless, overlooked, mundane moments of our day into purposeful, significant, celebratory events (and, thus, infusing little bits of meaning throughout someone’s life) are selling by the millions to people all over the world.

The Quantified Skier
Skiing doesn’t have a marathon or tiny house or other extreme/brand to turn to for achievement (yet), which is why the quantified skier holds, at least in my mind, significant potential especially as we compete with industries and sports that do.

So when I ski five days…

…or the height of a famous mountain…

…and it becomes an accomplishment, that has power. Yes, I achieved these in every season of my life before, but until I knew I achieved it, these moments couldn’t add any extra significance to those actions.

As I’ve said before, skiing alone hasn’t been enough for a long, long time.

The Future
Like much within the marketing world, these pieces can all be optimized to infuse as much meaning as possible into the person who is experiencing it.

FitBit’s original concept probably didn’t call for buzzing, flashing lights, and “hooray” animations, but those are exactly the parts that FitBit users quietly smile the biggest about when they hit their goals.

Skiing’s original concept didn’t call for stuff like EpicMix, but perhaps it needs an extra measure of it going forward.