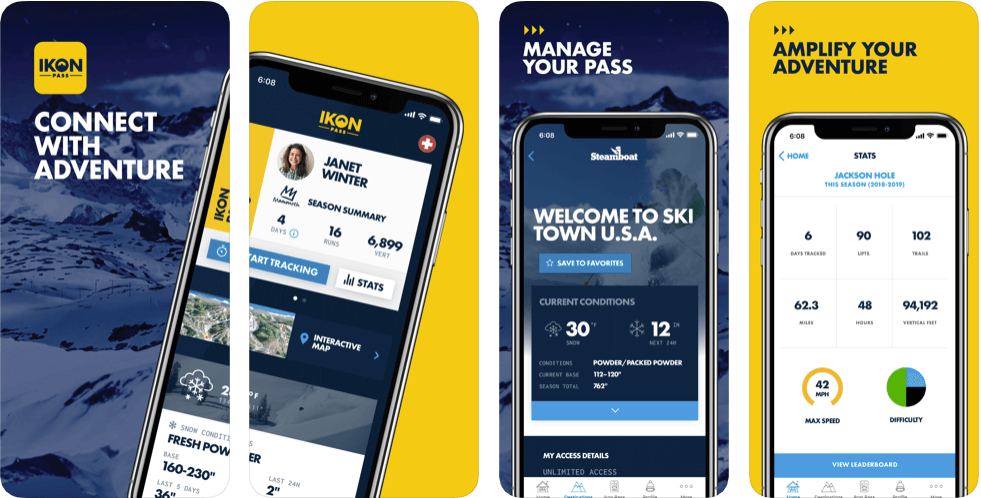 We’ll compare this to EpicMix in later on, but let’s jump right into the new Ikon Pass App.

It’s beautifully-designed and is based on three key features.

#1) Tracking
As you’d expect, the Ikon Pass App comes with run tracking. This is handled within the app through the phone’s location. Battery life will of course be a question. 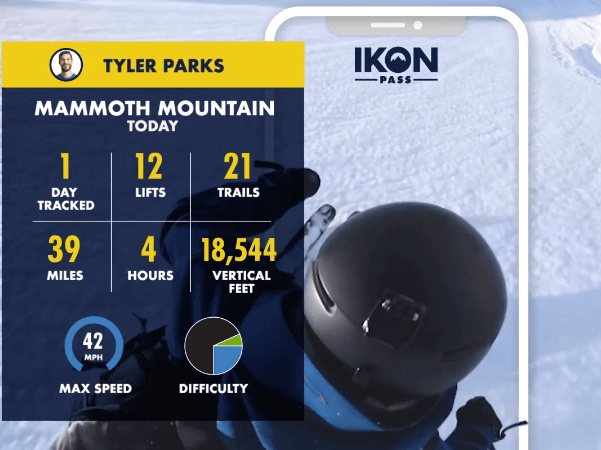 Now, that data allows them to build really nice leaderboards and indvidual stats, 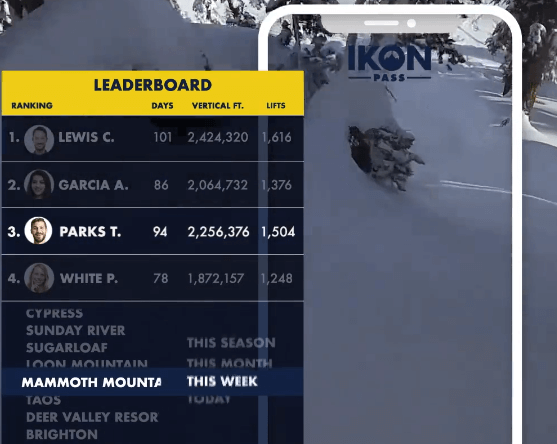 #2) Pass Management
I can only imagine the data-wrangling required to have these stats be accurate, but it’s a huge win. This opens the door for push notifications encouraging skiers to take advantage of unused perks (perhaps at nearby resorts if based on location) and give the Alterra team a really powerful tool to drive pass usage and, in turn, renewal rates. 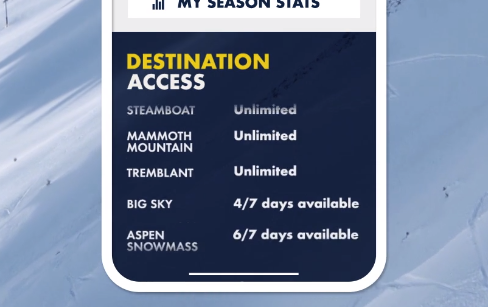 #3) Connecting with Friends
The final piece, which builds on the first one, is the ability to connect to friends. Various apps have introduced this and experimented with it over the years. One of the issues is that everyone has to be using the app. And if one person had SnoCru and the other AlpineReplay and another the resort’s Untapped app, that doesn’t work. 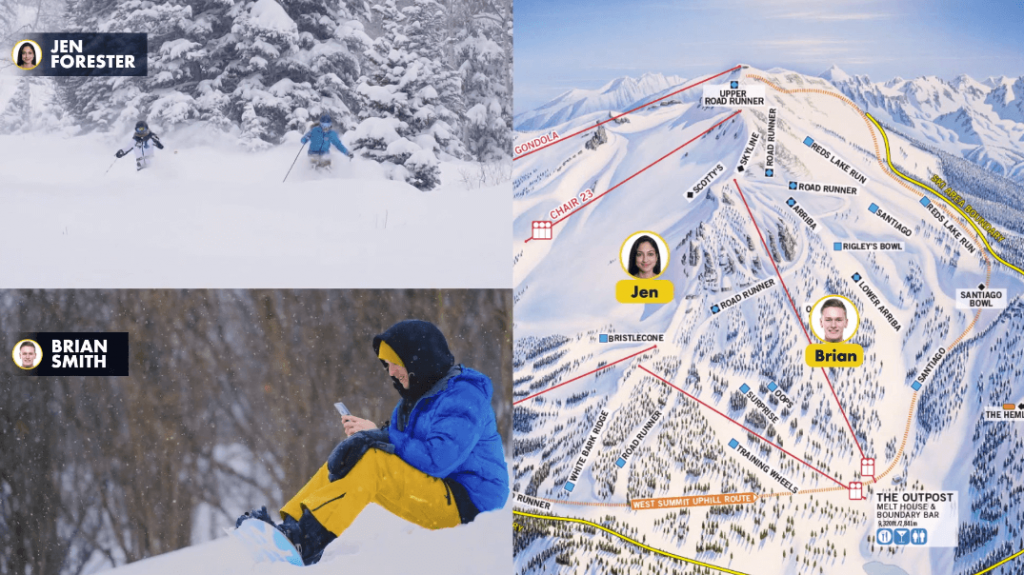 I think the marketing power behind this app and the close connection to the product they own is going to replace those other, individual apps almost overnight. And, in so doing, make that feature be extremely useful extremely quickly and finally open up the potential that idea has had for more than a decade.

And, one step further, if this can drive loyalty among groups of people, instead of individuals?

About That EpicMix
Back in the day, Vail Resorts was insistent that EpicMix was not an app. And they were right. Data came from scanners mounted just before you boarded a lift, pins and stats were calculated from there, and the app was simply one of the ways to access those stats.

@slopefillers Best analysis I have read yet. But you stole my thunder from @Snowcial :-) Key point- @epicmix is not an app.

But while that made it easy to keep your phone in your pocket all day, it also limited what they could do in terms of tracking. Without gantries, they didn’t have data. A limitation that has become more of a thing with all the partner resorts that are now on the pass, but not EpicMix.

Alterra went counter to that approach and went all-in on the app And, honestly, I think it’s the right move.

Vail Knows
I think it’s safe to assume that Vail has caught wind of Alterra’s plans to launch an app and competitor to EpicMix. And they’re not ones to sit on the sideline while their main competitor gets the glory.

In other words, I would not be surprised to see a major update to EpicMix come before the Christmas holiday.

Maybe even before Thanksgiving.

But I don’t think Ikon have much to worry about. They’ve solved the biggest challenges with v1.0, and because there isn’t the level of hardware involved as with EpicMIx, they can pivot if needed, add new features as they go, and counter any responses from the Epic camp extremely quickly.