Email Marketing (All)
The art of the marketing teaser. 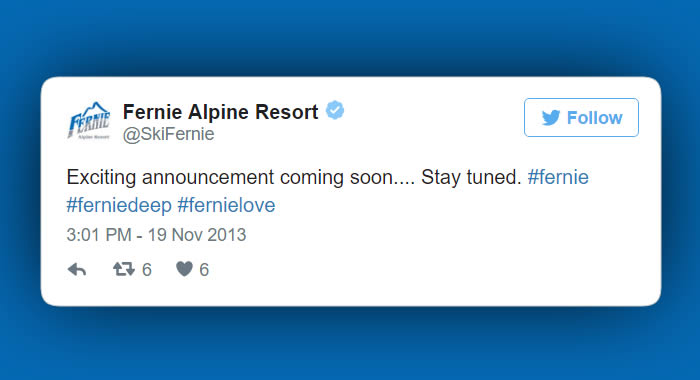 There is one marketing strategy that I’ve seen pop up a bit more often as of late.

It’s the marketing teaser. It’s suggesting something is coming before it does. It’s dropping hints without dropping the news with a reminder to keep your eyes peeled.

We have an exciting announcement coming tomorrow! Stay tuned for details!

I absolutely love it.

#1) Create’s a Mental Bookmark
I don’t know any other way to say this other than when I see stuff like this, especially if the teaser hints at something more than just the typical news, my brain makes a mental bookmark and nags me every now and again with:

“Did you ever see what so-and-so was teasing yesterday?”

A small thing, but it can make a big difference.

When I’ve used this idea on email marketing, I’ve had people who miss the actual announcement email me wondering where it was simply because they’d been waiting for it after seeing the teaser.

Every had people waiting for your marketing? Pretty cool stuff.

#2) Curiosity
And the difference, as far as I can tell, is that insatiable aspect of human nature called curiosity.

We can’t stand not knowing something.

So the idea that a big, important bit of info is sitting on the horizon is tough to shake.

#3) Proactive ICYMI
But at the simplest form, it’s just a way to give important news a better chance of being seen before you actually drop it.

All systems go! That special announcement is coming soon! :) pic.twitter.com/ZVLPJapLS3

Like the classic #ICYMI (“in case you missed it”) retweet, it does the same on the other side of the release.

Like a tour guide helping to see important things you wouldn’t notice unless you were looking for them, these teasers give your audience something to watch for.

Simple, Easy, Effective
I love this strategy because it’s a combination of three great thigns:

Whether it’s an opening day or a new product or an event, the next time you have something exciting to share, why not try getting the excitement party started a little early?