TV / Video
Even if Tamarack’s new series was nothing but a name? It’d work. 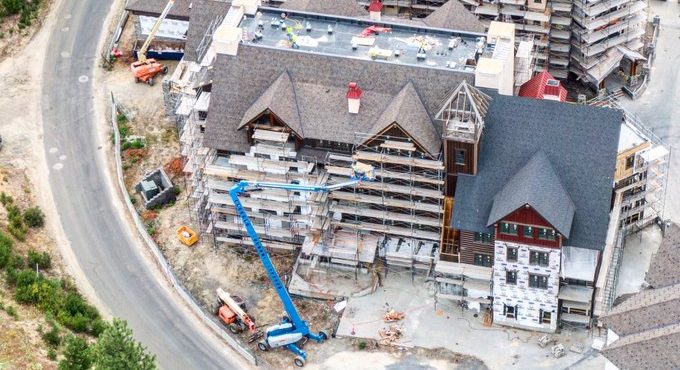 It’s a dangerous place, but let me take you on a quick tour inside my brain.

Episode 2 | Big Things Are Happening
Cranes are lifting and hammers are swinging. See how constructive is coming along on the exciting and massive project. pic.twitter.com/l3Pe92BSa5

In a sentence, I said to myself:

“I love it, big things really are happening at Tamarack. That’s awesome. Look at all that progress on the hote…”

Those ellipses represent me catching myself mid-thought. Stumbling into a realization that I actually no idea if big things were happening, because I hadn’t actually watched any of the videos yet.

All I’d seen were all the tweets about them.

Such a Great Campaign
I love this campaign for so many reasons, but there are two core reasons I want to dig into for a second.

#1) Perfect Message
Tamarack is coming back from the dead. The odds are stacked against them. Most people, I think, probably have plenty of doubts in their mind about whether this experiment is going to work. Boil that down to a couple ideas:

And you realize that a handful of years into the rebuilding – about the time people are used to big ideas failing – is the perfect time to show that, yes, it’s working because big things are happening.

That’s the one thing they want you to remember, and they put it front and center right in the name.

#1) The Name is the Message
Yes, videos autoplay. Yes, video is about as good of a medium as there is these days. But even if you share an amazingly crafted video:

Tamarack simply put that message right in the name of the series. So every time they shared or teased or talked about these videos, that core message was there. Being absorbed. Remembered.

If they happened to also watch? Double bonus.

Smart x Smart
I’ve been talking about Tamarack a lot the last few years. A former marketer at the helm in Brad Larsen, a Herculean task ahead of them, but a lot of fun stuff happening make for a great story.

They’re going to do some even more amazing stuff now that they’ve signed on with Origin, but make no mistake, Tamarack has already been doing some extremely smart marketing and I can’t wait to see what big things happen next.