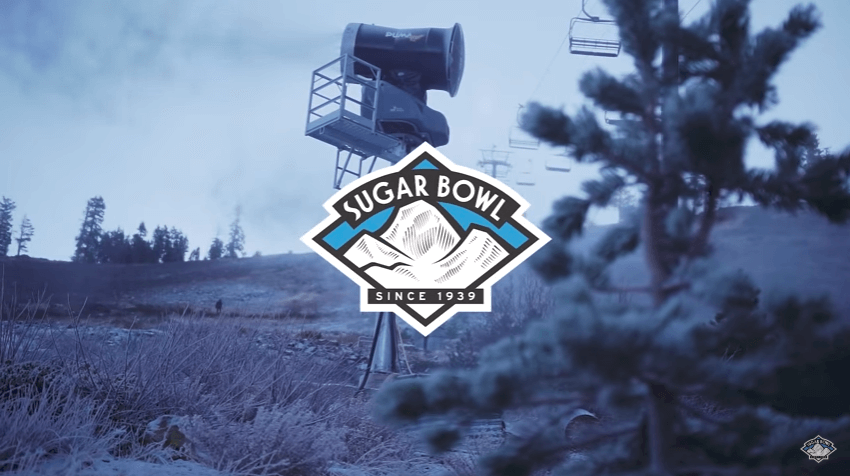 It’s ridiculous how giddy I get the first time we make snow at my home each fall.

The night before I roll out the compressor and make sure the pressure washer is good to go. Early the next morning I’ll set the gun out, fire everything up, and watch eagerly for the first tinge of white to cover the grass.

Mother Nature dropped the ball with her storm, so we made our own. #nevergetsold

It never gets old. But snowmaking isn’t just a hobby, it’s something that I turned into a business for a few years to put myself through school.

And with the perspective of thousands of emails and customers and phone calls with people captivated by this technology, I can tell you that there are two main things they are fascinated by. Both of which create opportunities for your marketing.

First, Beauty
The first is that snowmaking can be absolutely beautiful. When the sun comes up and you’ve got a trail of guns firing away, the result is absolutely spectacular. But even in the twilight, the contrast of bright wight next to drab browns or greens or grays or fall foliage? Well, that’s icing on the cake.

So the first approach to snowmaking is the most common. You do what Sugarbowl did and make a beautiful, slow montage of elegant snowmaking shots.

This video, made by Chris Bartkowski, is one of the best I’ve seen this season.

Second, Science
But the second part is curiosity. It looks so simple on the surface – just spray water into the air – but the science required to get that water to freeze is fascinating. And when you’re a resort that’s turning thousands of gallons of water into snow every minute, that scale adds another layer of fascination that makes folks desperate to get a look behind the curtain.

So the second approach is, in a word, education. This edit from SlopeEdge filmed at Calabogie peaks may seem simple.

But with some simple YouTube-SEO princples in play, it’s amassed over 210,000 views due to the sheer volume of people who search for the terms “how does snowmaking work?”

A testament to the sheer numbers of people whose curiosity leads them to look for some answers.

The Solution? Both.
So, yes, people love a good snowmaking photo, but they are also incredibly curious.

Mix both approaches into your content game this fall and it’ll be hard to go wrong.