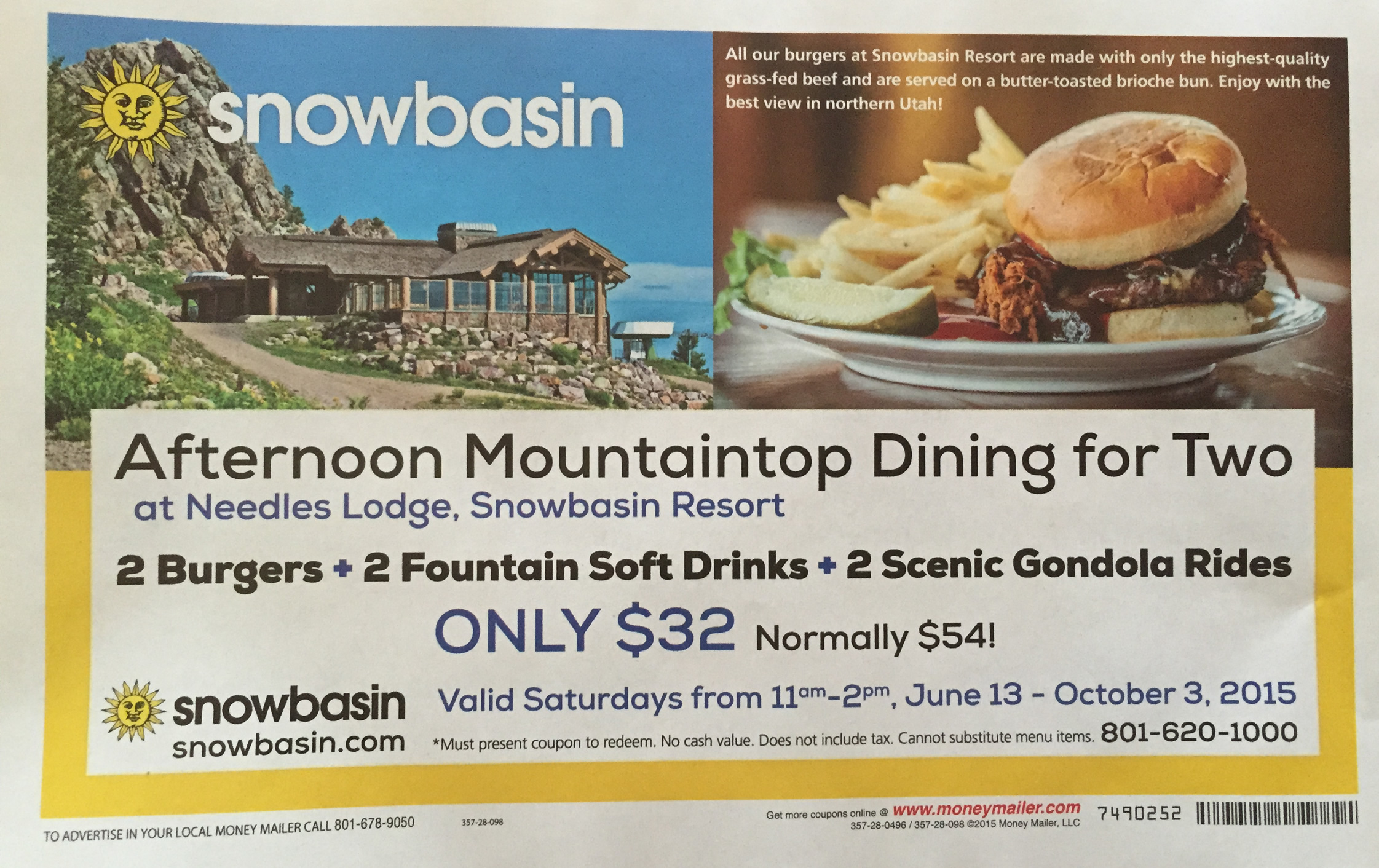 The first year we were back in Utah, we found a little coupon in the Money Mailer envelope.

The message was simple – two burgers, two drinks, two gondola tickets (the restaurant is at the top of the mountain) – and the price was concrete – $32 for everything. 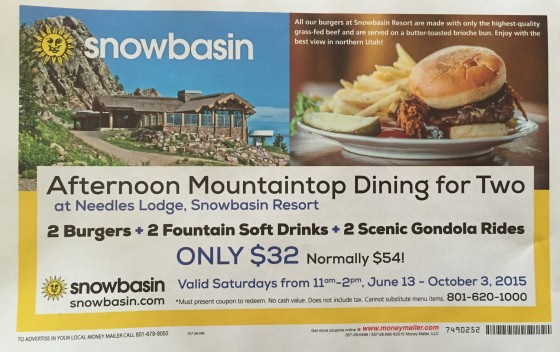 A great experience at a great price. So, we went. But like a good marketer, I asked the woman behind the glass at the ticket window:

“You sold many of these packages?”

She said there had been a few, and we did see one or two other people at the restaurant holding the vouchers we’d been given at the window.

2016
In 2016, we saw the same deal in the Money Mailer pack (this time we were looking for it, hoping there would be one), and went again. I think the price may have gone up slightly then, but not much. This year, we saw a few more people using these coupons.

2017-18
Somewhere between these years they stopped using Money mailer but the promotion remained on their website and they simply used other means to get the word out. At this point, I think the price also went up to $40. We took advantage both years. By 2018, I’d say 75% of the people in the restaurant with us were holding the same vouchers we were. 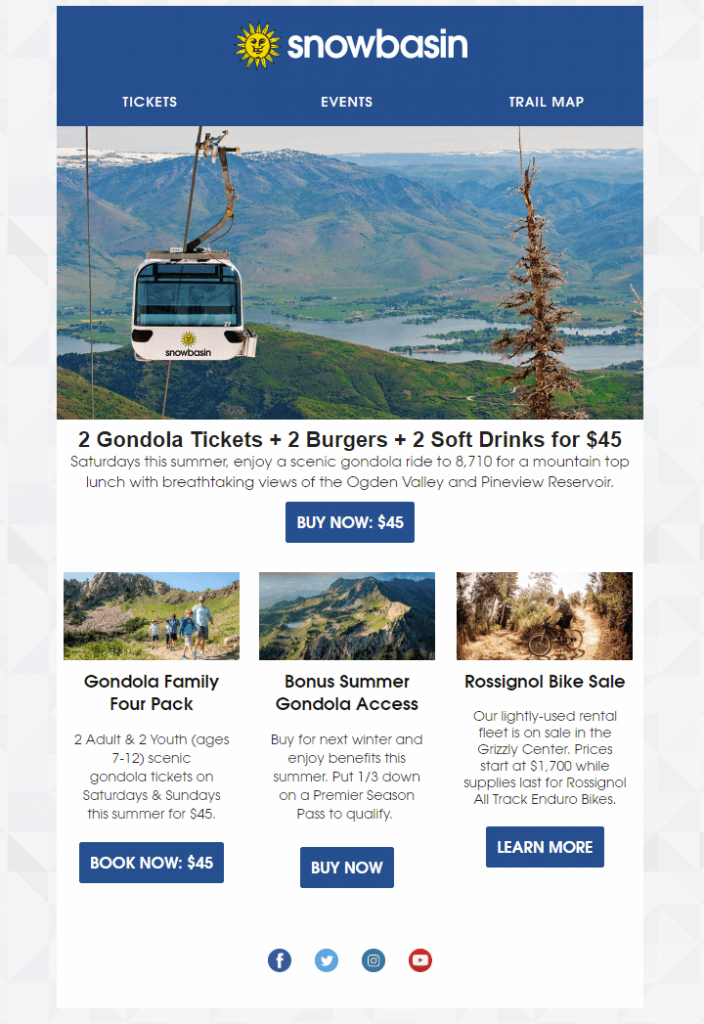 Keep in mind, however, that a few days before I’d already sent this to Kim.

A few things are happening here that I want to point out, because this is one of the simplest, smartest bits of marketing I’ve seen in recent months.

Simple
First, they’ve made it an easy Y/N question. No fiddling with packages or “starting at $___” offers that only lead to question marks. It’s dead-simple to understand and, in turn, act on. The mental math required to determine value doesn’t get in the way.

Price
I love that they started with a low price when it was a new-ish product so they could verify demand, and then have since slowly raised it to find the right margin. Even at $45, it’s a great deal. Buying all that separately would be about $60-$65.

Consistency
By doing the same thing every year, they’re able to create a tradition among people (which has a ton of value) but also optimize it along the way. They’re not reinventing the wheel, they’ll tweaking one little variable each time to get closer to the perfect package.

Exposure
Snowbasin, however, has also really ramped up their summer activities lately. And every person who buys this package also see the mini golf and ropes course and mountain biking that might bring them back.

Dedicated Campaign
But perhaps my favorite thing of all, is that they sent a dedicated email campaign about it. Far too often, stuff like this is buried in the footer of a monthly newsletter. Give these offers a chance by finding a good audience and putting it front and center.

So Smart
I love this. Snowbasin found a simple package that just…well…works.

And rather than waste time trying to reinvent the wheel, they’re making something that was already good even better and driving loyalty and sampling along the way (and using my favorite marketing channel to do so).

Such a great campaign. And one we’ll be acting on (again) in a few weeks.