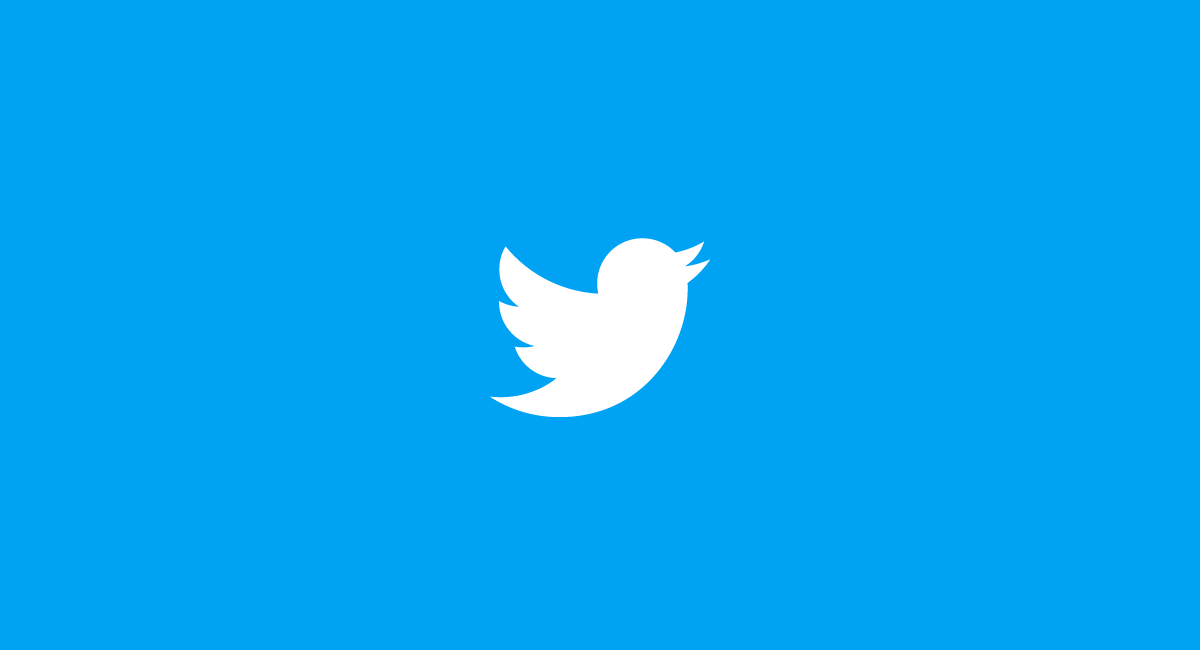 After covering Instagram yesterday, let’s wrap up the week with Twitter. As before, I’ll start by rolling through the results (with a touch of commentary) and then share each of the free-response comments to finish things up. 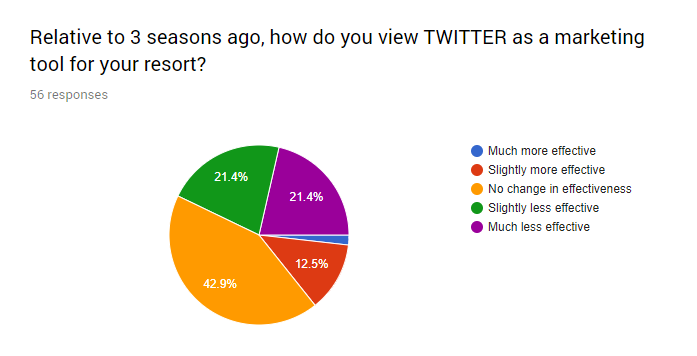 I wondered if Twitter would have the most bearish outlook, and that was indeed the case with 43% of resort marketers saying the site had become less effective for them. Another 43% said it hadn’t changed at all with only 14% seeing the site’s effectiveness increase.

One of my biggest frustrations with Twitter as a marketer is how hard it is to toss a few bucks onto a post and, one step further, how little those few bucks can actually do for me. I could be wrong, but if I had to say a single reason, the “meh”-factor of Twitter’s ad platform is the reason 91% of people said the main value of the site is in organic reach.

There were a few more “other” responses on this one so the lines between content types may not be as clear on Twitter as other sites, but once again images came out on two. Plain text came in second, which surprised me, and links followed after that. Most surprising of all was how few resort marketers are seeing video as their primary content type, especially relative to other sites.

Free Response
The question was “In a sentence, where’s your head at with TWITTER right now?” which 44 people replied to. Here what they said:

Still an important source for breaking news and Wx.

Not a factor really

A tool to get information and update some key media followers on whats happening at the resort.

Use it less frequently, almost an after thought especially for our guests.

Attention span of a newt

They are becoming irrelevant. It is great for getting a quick message out, but engagement has been falling fast.

Great for news and updates, not really the place for dream content.

Live feeds and event updates. More informational with an image to stand out in the feed. Posts have short life-span so need to stand out to users on first scroll.

not a huge needle mover

not an exciting platform

Audience engagement is basically everything

We use it to promote earned media and give quick updates.

Eh, nothing special, but can have it’s advantages if used correctly.

Not super useful, but still a must use, especially for terrain, event or weather updates

Don’t really use it that much anymore.

We have stopped using Twitter except to respond to questions/comlaints.

We do it “just” to do it for our customer, but find it more helpful with media outlets and building relationships with other brands.

Be informative, use GIF’s and interact with your followers.

We don’t use Twitter too often. It doesn’t seem to be as effective for our business.

Twitter is not as important to our resort as it once was – I find it is a good way to reach influencers, reporters and meteorologists.

Great way to keep up with TV media personalities. Otherwise, it’s my garbage can platform. If we *have* to post things on social to keep profit centers, partners, etc., at bay, I am more than happy to offer up tweets.

Still strong in US, still in use in CAN. Need some man hours to verify messages.

I don’t see a huge return

Twitter is a hassle. It doesn’t fit our audience very well and we don’t have time to do it ‘right’.

Just a box I need to check off.

We’ve got “_____ sucks” guy chiming in at the end again, but once again it’s kinda “meh” which is exactly what one person said and a few others used some close variations to suggest the same.

So, that’s all for this week. Next week? Youtube, Snapchat, Pinterest and a recap of everything. See you then.