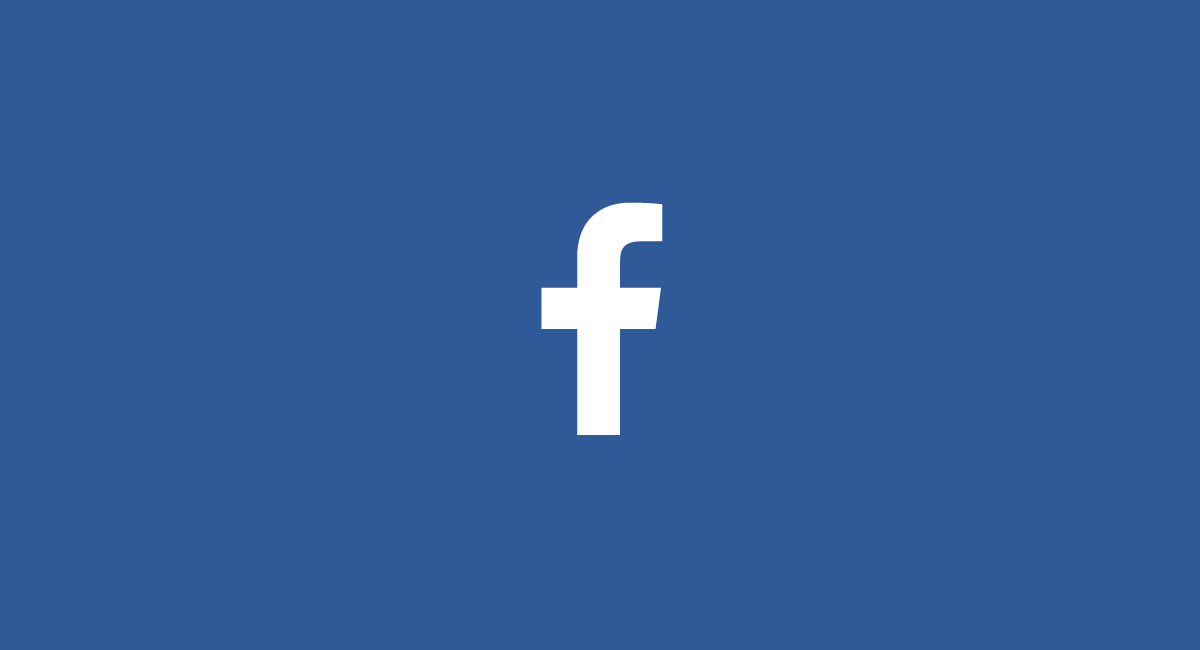 Let’s kick things off with Facebook. I’ll start by rolling through the results (with a touch of commentary) and then getting your individual responses at the end. 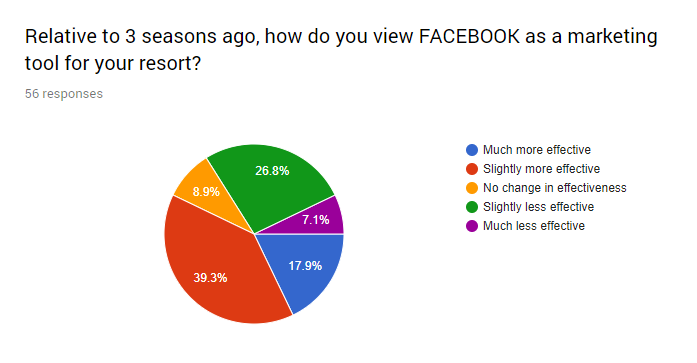 The lack on consensus really surprised me. You’ve got about 57% who said it’s more effective, 34% who said it’s less, and 9% who haven’t seen a change. Yeah, 57% is a good sized number, but the fact 1/3 of resort marketers think Facebook is getting less effective? Really interesting.

This will get even more interesting as I share the results for the other sites later, but the fact that only 9% of resort marketers find value in just the organic side shows, in large part, how successful Facebook has been with driving brands to ad products without scaring them off along the way.

Images and videos. Period. Nobody is sharing just links, one person said “text”, and the rest is divided between the more visual formats. The size of video, I must say, surprised me.
Note: the one purple slice of the pie was an “other” response.

Free Response
The question was “In a sentence, where’s your head at with FACEBOOK right now?” which 47 people replied to. Here what they said:

Necessary for work, unnecessary in my personal life (still have my account but I’m never on there).

Good for communications to a small subset of existing fans. Not much reach beyond that

A free resource to get information out to our customers and build brand recognition.

Necessary evil due to the older generation and majority of our guests using it.

Getting expensive, but still valuable.

Concerned about being increasingly lost in too much information on the platform, so much of which annoys users and drives them away from the platform

Facebook along with Google are the most effective advertising platforms.

Their analytics and campaign setup is by far the best, but reach (especially organic) is pretty unreliable.

everyone is on it, so you NEED to participate. paid gets us more traction.

It’s been a great ride, but we’ll see what’s next starting in September.

Amazed at how it has NOT reached its fullest potential

A tool in the quiver.

Falling down the proverbial totem poll

It’s a highly-used cluttered platform that is hard to be noticed unless you pay. Glad Facebook is trying to clean up people’s timelines and put positive messages in the forefront before users completely bow out. (that was two sentences, whoops!)

In flux, trying to reestablish the brand for improved loyalty while also working hard to increase the profitability of the platform, which seems to be making it very centered around a pay-to-play philosophy.

Just feels like a platform for negative comments and bad reviews.
I’m still stuck at the horrible engagement rates compared to what it used to be.

Our target demo is active with respect to this channel and as such we need to make sure we are connecting with them in a meaningful way.

Powerful tool to effectively reach and engage with key targets

Paid, organic is going down significantly with new algorithms driving away from business page content.

Less and less enthusiastic about the channel as it’s becoming all pay for play.

We have a massive audience for a resort of our size and we’re trying to keep them engaged.

We loved it 2 seasons ago, liked it this season… but we are shifting our focus from Facebook and into other social platforms. Facebook just isn’t what it used to be for brands.

Organic reach is down but their event feature and paid ads can’t be ignored.

As people give up on the space it opens up opportunity for those that don’t.

It seems that many of our loyal customers visit our Facebook page for updates, whereas new customers head straight to our website.

confused as to where to spend our time / resources

Frustrated with the algorithm changes and limited organic reach.

I want to say the organic content is still killing it, but it is not. You need a strong FB advertising budget at this point, and/or continuous, unique content.

Content is still king, but playing nice in the Facebook sandbox is getting harder and harder to stay on top of.

Hate it on personal level, hate also when they change major stuff, but need it ;-) Lot of man hours needed to manage community + content + messages

Trying to workaround Facebook Zero Algorithm and continue to use the page as inspiration to drive sales.

Frustrated. It seems that we need to boost every post to get traction whereas in the past some photo/video content used to spread pretty easily on its own.

It is part of the marketing mix, but not a sole tool by itself.

Interesting, no? The lack of consensus continues as marketers are all over the place from “still lots of potential” to “frustrated” and “confused” back to “powerful tool”.