If you’ve ever driven the I-15 corridor through Utah County (20-30 miles south of Salt Lake) you may remember seeing billboards like this one.

Now, notice I said “remember seeing” not just “seen” because even though there are hundreds of billboards along this stretch of interstate, I can name 3+ unique campaigns they’re run over the years.

And I can because they follow a really savvy recipe.

Ingredient #1: Keep it Simple
Each of these billboards has a simple, to-the-point phrase, the DOMO logo, and nothing more. Sometimes it’s nothing more than images or shapes.

#Domo cares. That's why we love #Movember. If you like #Mustaches, deer & clever billboards, join us! #domonation pic.twitter.com/XkTOx17i6R

Ingredient #2: Repetition
I’ll use their latest campaign for this next example. Keep in mind that I was driving (not starting at billboards) and was on backroads for about 1/3 of my travels through the area, and I still saw FOUR of these billboards.

So, a simple message repeated over and over. This alone is enough, but there’s one more piece.

Ingredient #3: Longevity
Take this campaign from 5+ years ago, for example.

Domo's @mykelaws wrote this creative on our #billboard idea board. I heart it. Thx Myke!! pic.twitter.com/iabX5JaOyX

There are two lessons here. The first is that they’ve been using these billboards for a long time, but also notice what Josh James (DOMO’s CEO) says in his tweet. They actually have a “billboard idea board” that anyone (Mike Laws, as far as I can tell, was an Account Manager) can contribute to.

In other words, it’s not just a one-off “let’s add a billboard to our marketing mix” type thing, it’s something they really put time and effort into making the most of.

Enter Snowbird
Talk about perfect timing, I was sitting down to finish up this post when I saw this tweet from Snowbird’s Dave Amirault.

Summer at @Snowbird is here. pic.twitter.com/ASgFxTeuRg

As far as I can tell, this is the way to do billboards. Not one all-in-one message for a half a season, but a bunch of bite-sized pieces plastered everywhere for a long time.

Not Just DOMO and The Bird
Billboards are a funny thing. I drive by hundreds on any given roadtrip, but the only ones I remember are the ones that combine simplicity, repetition, and longevity. Like the Little America billboards along I-80 or the F.M Light & Sons mini-billboards leading into Steamboat that follow this exact pattern. 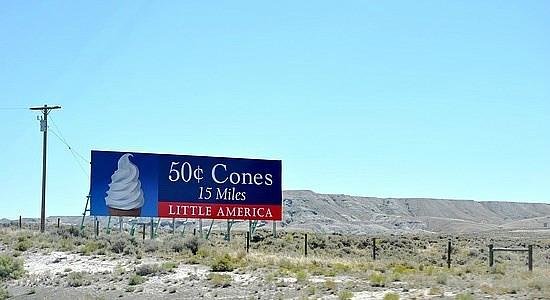 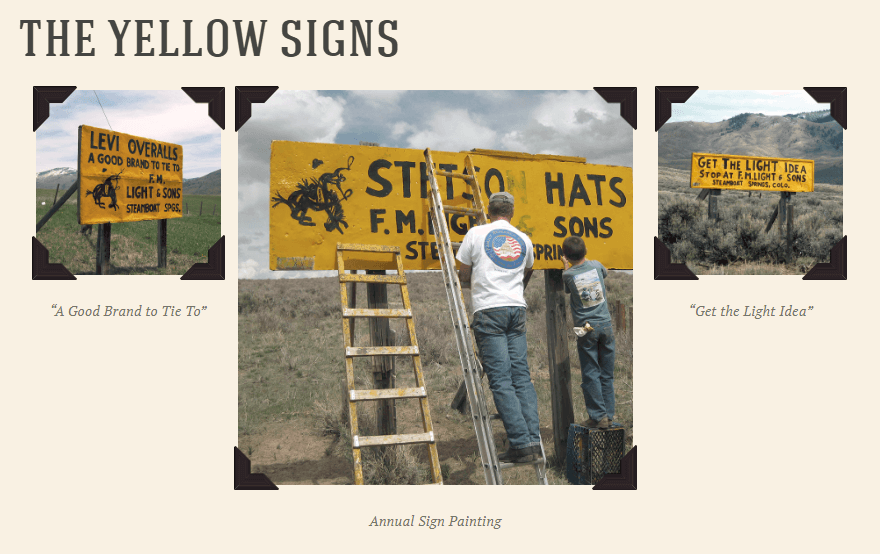 Maybe you can succeed with Billboards with just a single, well-planned execution. But maybe, just maybe, you’ve gotta add a little brute force to that plan to make it work.