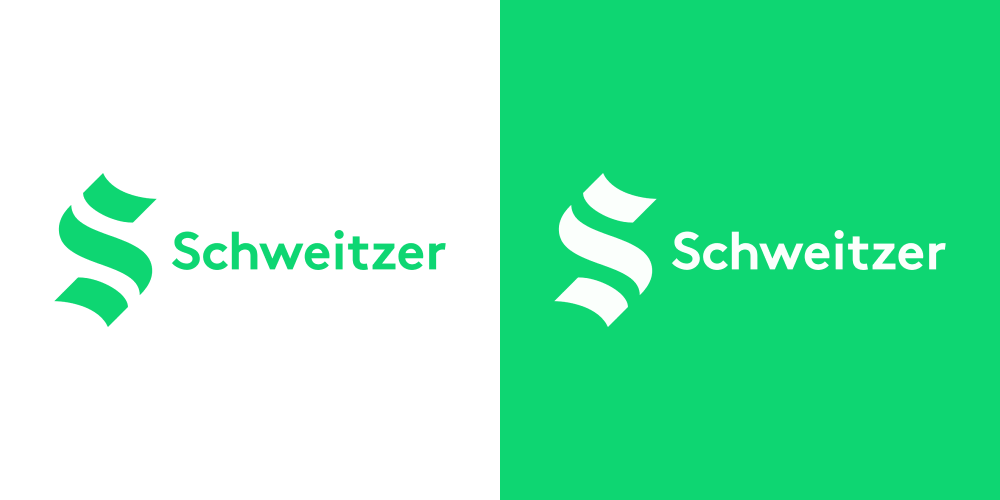 Yesterday, Schweitzer launched a new logo. Whenever a new logo is released, it’s easy to get wrapped up in our initial reaction to the logo and forget what it is…and what it isn’t.

Because a logo is not art. A logo is a tool.

Which means that a logo redesign isn’t necessarily an attempt to make something look nicer, it’s meant to solve problems the previous logo had. Problems that were preventing the marketing team from using that tool to it’s full potential.

Schweitzer
So let’s talk about Schweitzer’s logo. Here’s what they had before. 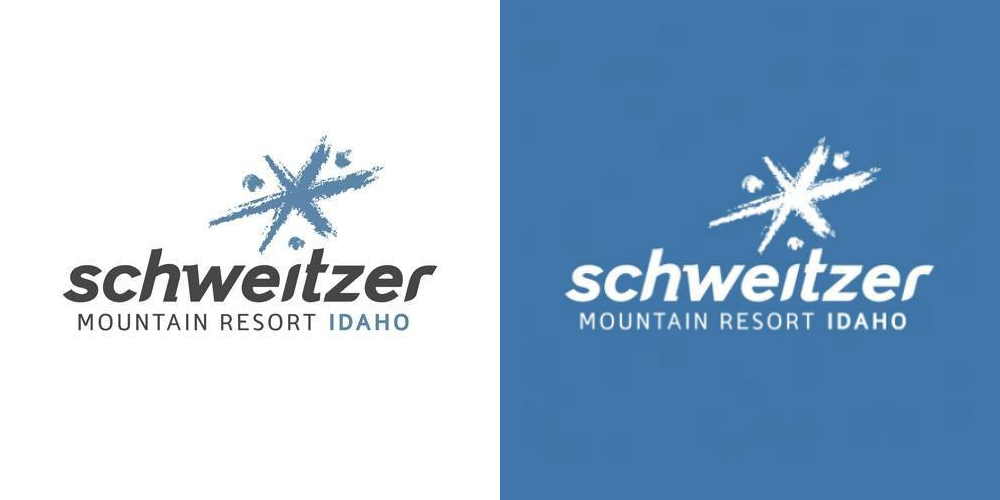 And here’s their new logo.

Let’s look at a few of the changes.

The Mark
The details of old mark made it tough to incorporate into visuals. But the weight of the new mark makes it super easy. Just a white mark on any photo is a clean way to use it in places they haven’t been able to. I tried it on a few and it worked well on each with no extra effort.

The Name
The second was the name. More text makes it both harder to read in some situations and harder to incorporate into various marketing, so I like the move to drop Mountain Resort from their name. That was what every resort was doing a couple decades ago, but they recognized that the more familiar name works great as their primary name. Full name on legal docs, familiar name in their marketing.

The Color
There are a lot of blue resort logos. Schweitzer knows their brand better than anyone and believed that something different would help accomplish things they hadn’t been able to before. In the world of resort marketing, this shade of green is fairly unique. The only trick is using it for text on white backgrounds where you lose contrast that may not be accessible.

Luckily, the green is strong enough that even if you were to use it for just the mark (or even a smaller mark) it easily carries that same thread of color throughout their marketing.

Challenges
This logo, like most, comes with some other challenges. The design process was started before Seattle’s hockey team released their new logo – which folks pointed out bears some resemblance – so by the time they launched they didn’t have something as unique as they initially hoped. 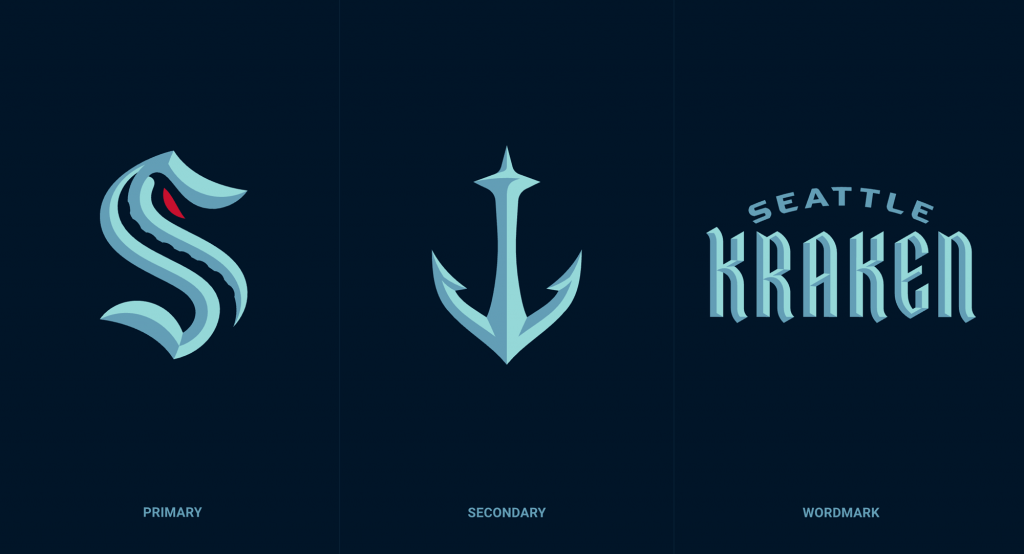 This isn’t an impossible task – after all, Suzuki and Seagrams predate the Kraken and they’ve done fine – and the color (green), context (imagery of mountain/skiing/etc), and wordmark will help them quickly carve out a special place in people’s minds for their mark.

“But, Gregg! That color and sizing combination isn’t what their new brand guidelines call for! That’s not what they showed on their site!”

Listen, I believe in the power of brand consistency, but I also believe in the inevitability of brand evolution for 95% of identities. The need to refine and adjust the elements you started with once you’re using it in the wild and you start to see what’s working…and what’s not.

From our perspective, there is no such thing as a perfect logo because we’re not the ones who will use it. Even the logos people hate can be ideal for the brand because it allows them to create the recognition, feeling, and usage they haven’t been able to do before. What Schweitzer has, I believe, is a great direction. It’s got some versatile elements and concepts. It solves a lot of their problems. Will it evolve? Almost surely, and I can’t wait to see where they take it.

Congrats, Sean and team. Best of luck with the continued rollout.

The job board is currently down, it'll be back up shortly.