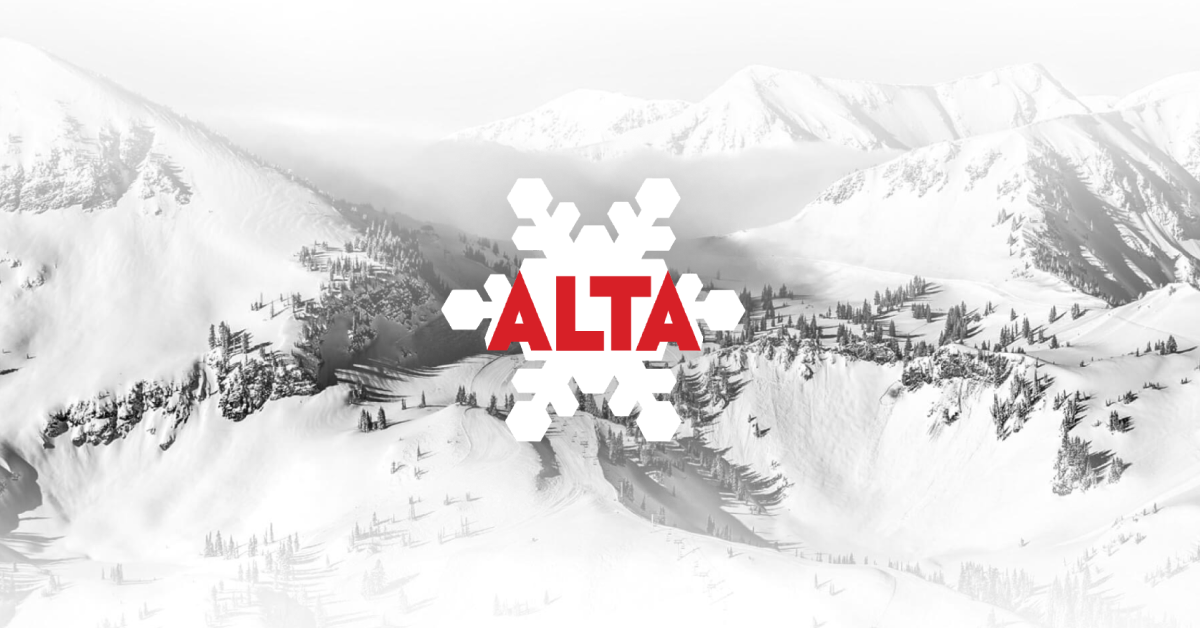 I could be alone in this, but I sometimes feel like when a new marketing idea hits my brain it’s often followed by a wave of pressure to go all-in on my idea.

Maybe it’s to prove I really believe in the idea, maybe it’s just to ensure I get enough data to know if worked.

But I think there’s a happy medium in there. A place where we go big with a new idea, but we still balance it out with a traditional, proven message so we get potential upside of the new but bank on the value generated by its time-tested counterpart.

Alta is a brand that has plenty of those tried and true campaigns, messages, and visuals. Their name alone is enough to put on an ad and keep the aura of Little Cottonwood Canyon lodged in the brains of aspiring skiers.

So, for that reason, I love that in this year’s print ad lineup Alta stuck with their classic spread. 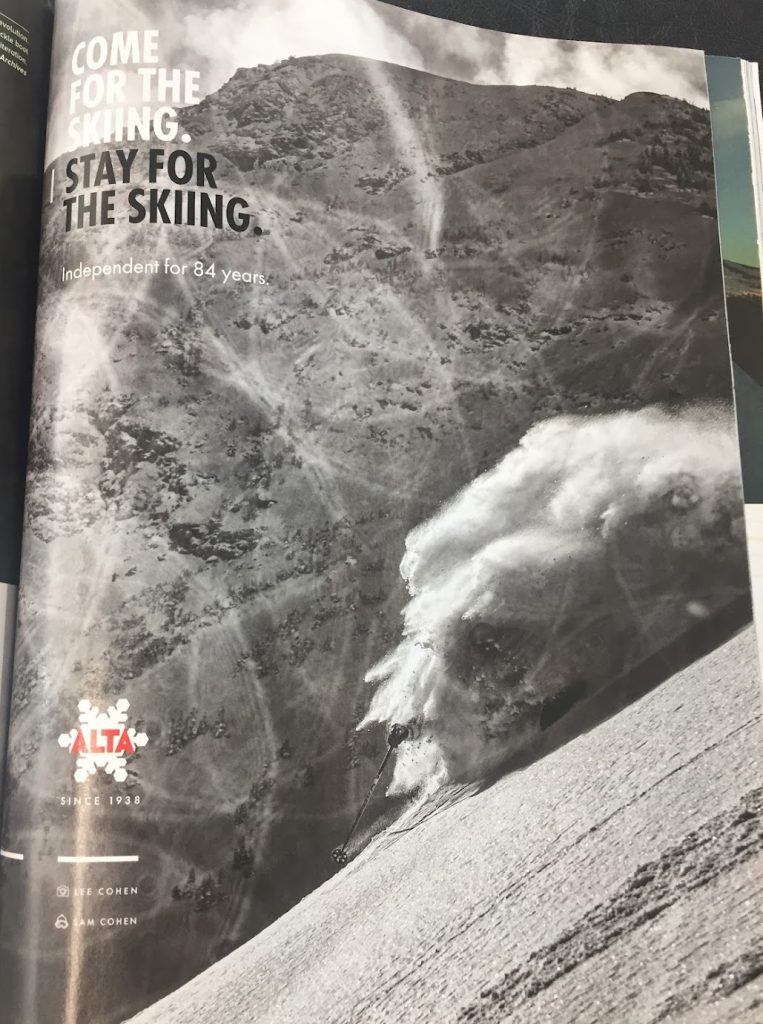 But I also like that they took a tangent on that classic message and made something a little bit more timely and creative. 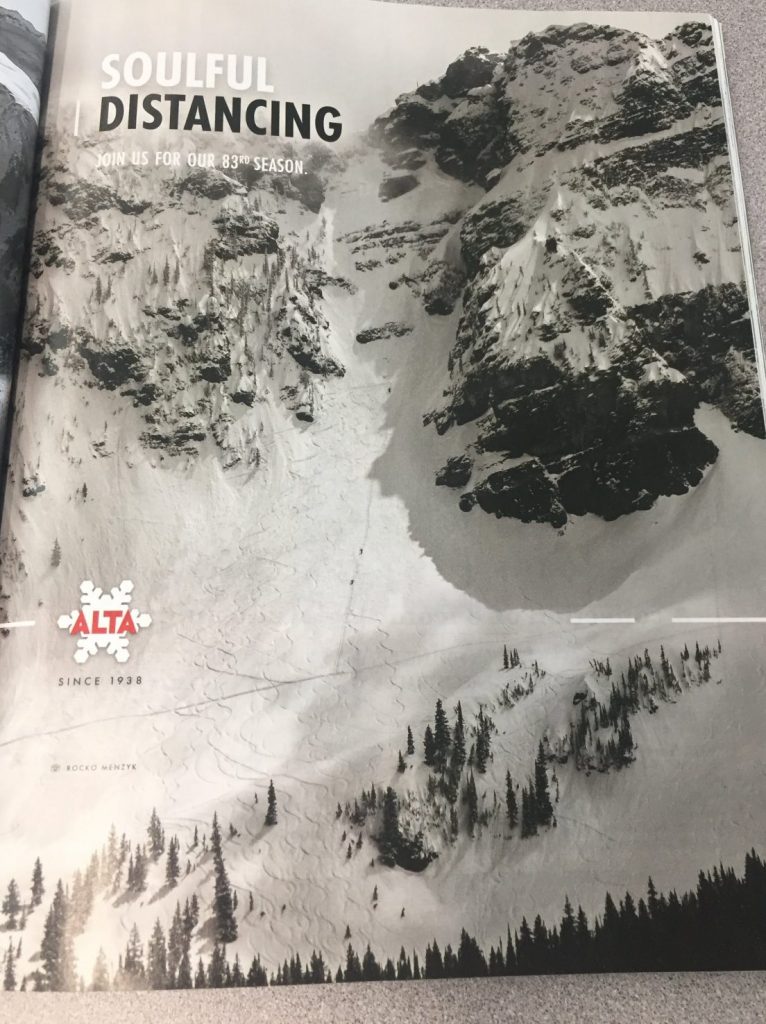 It keeps the tone, but adds creativity.

Not All-In, but Enough

In Alta’s case, they didn’t go all-in. But they did go big enough to be able to get enough feedback to know if they’d hit a home run or fouled this one off relative to the original.

It’s a great example of this space in-between these two forces. We love ideas and want to give them a chance, but we also shouldn’t be reinventing the wheel all the time if we have something that works. This strategy balances those two quite nicely.