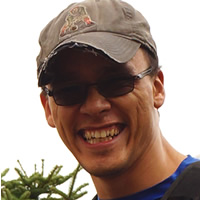 There are many places Lyndon Scott could be working right now, but without a side project he started three years ago, he almost certainly wouldn't be working in the marketing department at Okemo. 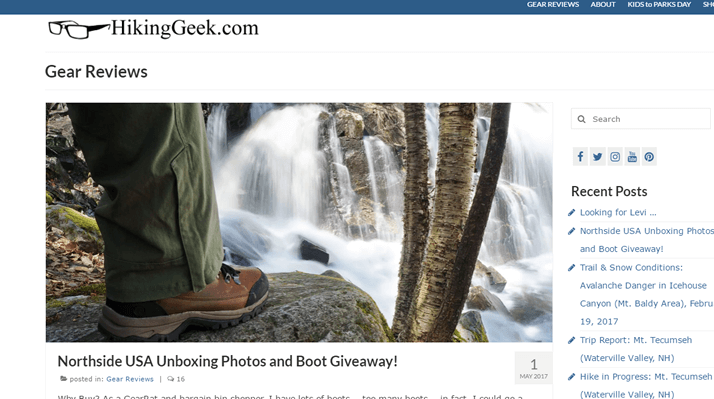 When Lyndon Scott moved with his wife and two sons to the New Hampshire hills of his youth, he left behind a comfortable job in IT at UC Riverside. The pay was great, his skills a perfect fit, but their hope to raise their two sons closer to family was stronger than their desire to enjoy smooth sailing in the present, and so they went.

There was no job waiting as he gave his two weeks notice and sold their house, but Lyndon had a card up his sleeve that I think even he underestimated.

Because for more than 2 years Lyndon had been working on a side project. Not one that would ever support a family directly, but a project that had taught him a long list of skills that would soon open the door to a new career. A career for which, unknowingly, he had become a perfect fit. 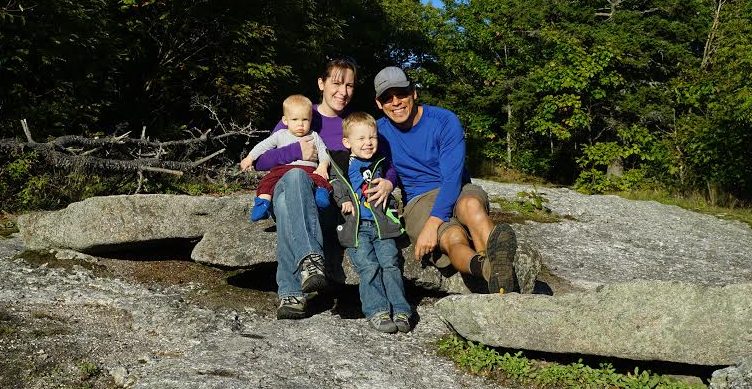 Hiking Geek
Lyndon’s mix of offline experience with online hobbies had started in forums, but when he found that his hiking photos didn’t quite fit the classic car boards he frequented, he decided to give them a place of their own.

A bit of shared hosting and a WordPress install later, HikingGeek.com was born.

But it wasn’t until a spike in traffic following a gear review (of something he already owned) that he saw a way to truly grow his audience. Reaching out to more gear brands, his list of reviews began to grow along with his traffic.

Another Reason to Grow
One day a friend mentioned to Lyndon that a hiking boot company was looking for ambassadors.

With two months before the deadline and missing a few checkboxes on their application, Lyndon threw himself headlong into social media, something with which he had little prior experience. Before long he’d created accounts on nearly every site and was doing anything he could to extend his reach to these platforms. 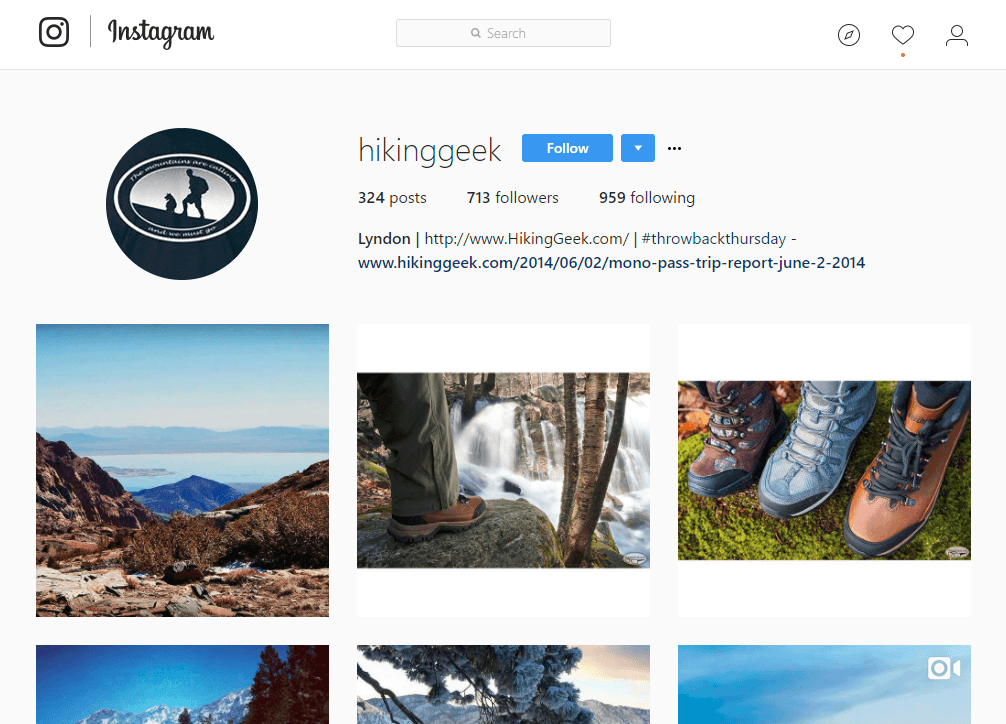 Two months later his follower counts had grown just enough to tip the scales and the ambassador label was his.

Back to New Hampshire
When Lyndon and his family arrived in New Hampshire, HikingGeek was coming off another uptick in traffic, but his most valuable asset wasn’t the thousands of visitors who were now coming to his site, it was the skills he’d learned along the way.

Starting from scratch, it turns out, had taught Lyndon things that you sometimes miss in a traditional job where your role is limited and there’s always help an agency or freelancer or cubicle away.

So as he started to put out resumes for IT jobs, he began applying for marketing positions as well.

Interestingly, when he needed to prove he could do one marketing skill or another, his claims didn’t rely on references or a resume, because with a single URL he could let HikingGeek quickly make his case.

Okemo
And that’s exactly what happened at Okemo.

The job called for someone who could handle their CMS. Check. The position needed someone who could design graphics for ads and emails. Check. And blog posts too. Check Someone would could jump into the HTML when needed and wrangle social profiles and photography. Check. Check. And…yes..check.

Even Lyndon, looking back, admits that the main reason he got the job was because of HikingGeek. Not just because of the skills, but because of the physical proof of those skills in the site and audience and brand he had built. 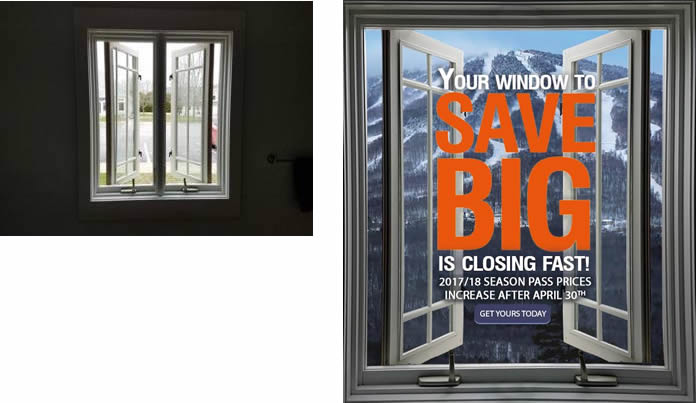 With two energetic boys and a full-time job as the Internet Marketing Manager at Okemo, the posts on HikingGeek are less frequent than they used to be, but the influence and benefits to both Lyndon and Okemo continue. When he needs to design something, he often remembers a PSD file he can use as a starting point. When he has a new idea, he can test it in his sandbox so Okemo doesn’t bear the risk. When they need to reach out to an influencer, he’ll know how to talk to them because, well, he is one.

A Case for Side Projects
I’ve often attempted to make a case for side projects, but it wasn’t until I met Lyndon at Insight a few weeks ago that I found someone who was such clear, living proof of their benefits.

To Lyndon, I say congrats for a successful reward to his years of hustle. To you, I ask a question: what are you going to build? What are you going to do with a little of that free time of yours to become better at what you do? Not just for your employer now, but to create better opportunities for yourself down the road.

Think of it this way. Where would Lyndon be today if he hadn’t started Hiking Greek in 2013? A great IT job in Manchester? Flipping burgers in Lincoln? We’ll never know, but we know where he wouldn’t be.