Stories
How does Loveland land prime-time coverage? A dog, a lot of creativity, and a marketer who cares. 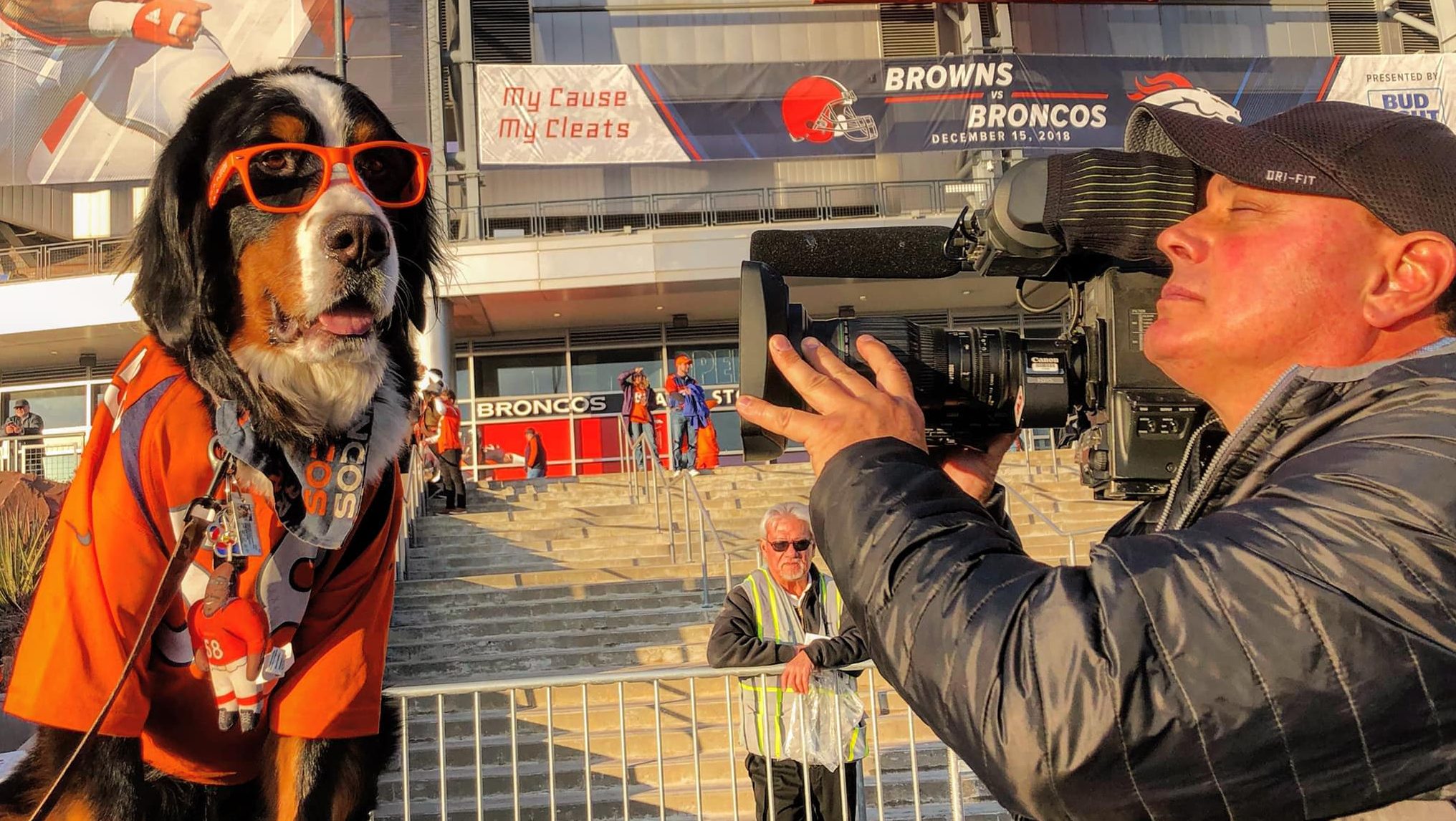 I want you to watch this clip – a recent one of many as I’ll discuss below – and think about what led to this bit of coverage for Loveland:

Loveland is a smaller resort on the way to massive resorts. Their marketing team is a tiny fraction of those mountains down the road. Yet here they are snagging prime time coverage that they could never otherwise afford.

Now, it’s easy for someone to look at this and think:

“What’s the big deal, a dog in a broncos uniform plus some hustle to get their attention and they’ll surely bite, right?”

But what you’d be missing is the fact that Parker isn’t just a dog, he’s a brand. Dustin saw an opportunity to have some fun and, with years of consistent work, has turned his four-legged friend into a an incredible asset for their town and resort.

For example, Parker the Snow Dog was on Good Morning America in February 2020 when he became the unofficial Mayor of Georgetown:

He gained enough coverage as the unofficial mascot of the Broncos to string together a 10 minute long highlight reel after 2019:

And, of course, he’s the well-known mascot of Loveland as well, the important angle that helps Dustin tie it all together: 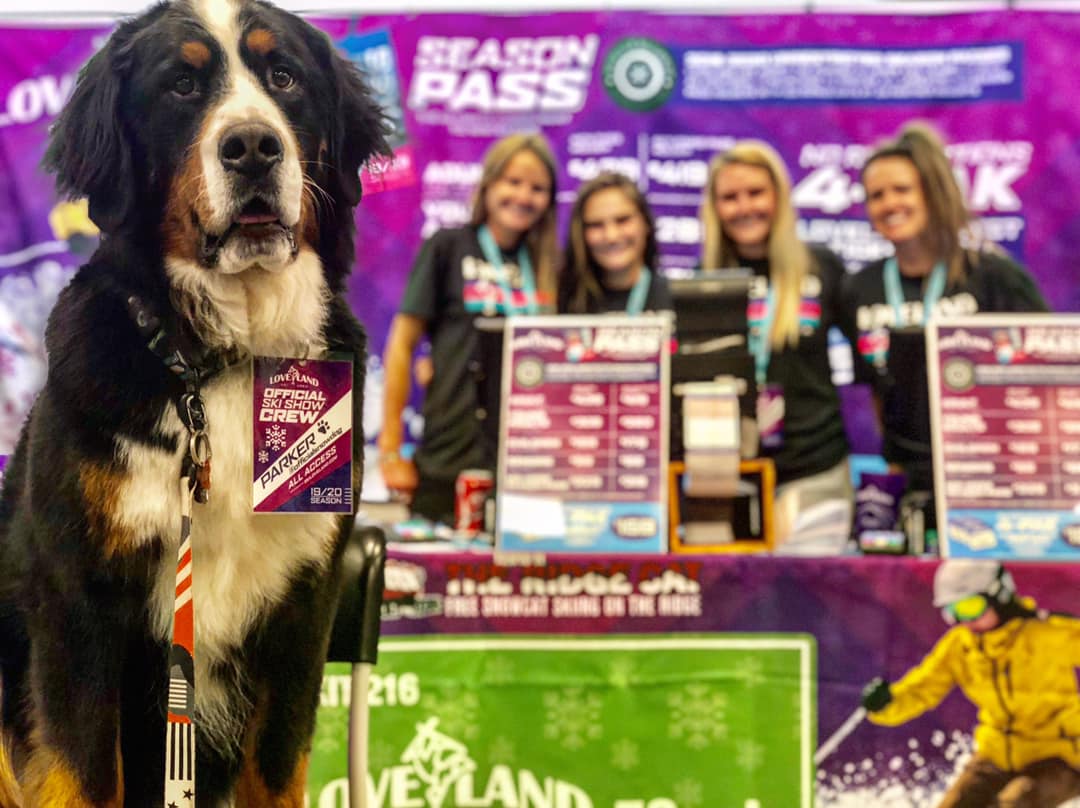 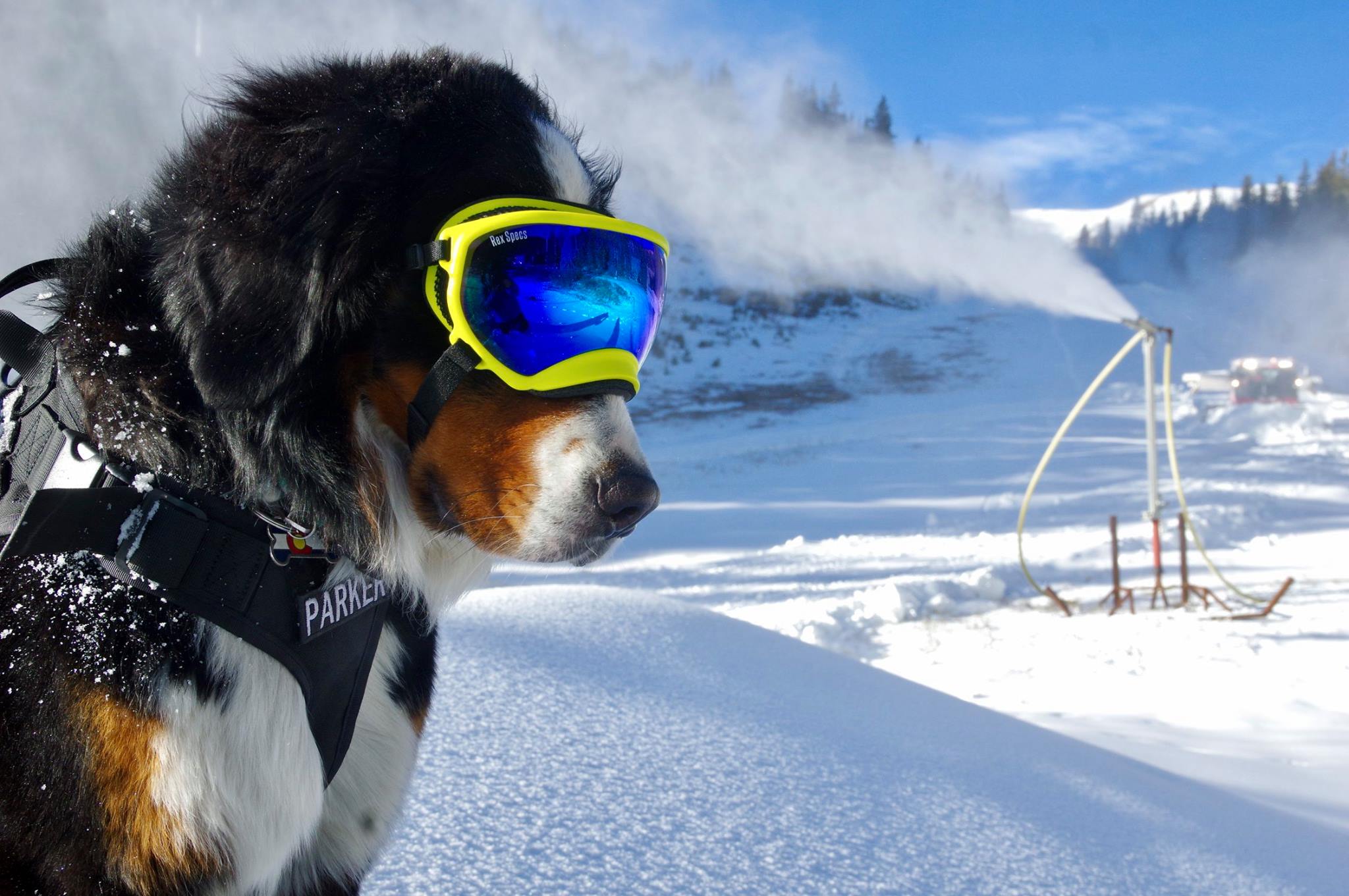 This type of marketing is not possible without having someone on the ground, someone with roots, some with a passion for what they do, and someone whose job and town and resort and community are truly a part of their life, not just something that pays the bills.

I reached out to Dustin for a little more background on his story and Parker’s. Here’s what he said.
—

Gregg: Dustin, give us a quick version of your story. Who you are, how you ended up at Loveland, etc.

Dustin: My first year at Loveland Ski Area was the 2002-2003 ski season. Loveland was my first job after serving in the United States Army. In the Army, I served with the 75th Ranger Regiment and was stationed in Fort Lewis, Washington. Today, I’m in charge of Loveland Ski Area’s social media, photography, and video content. I also oversee the Group Sales Department and the Front Range Offsite Pass Sales.

Gregg: Those of you who you know also know about Parker. Give us the low-down on Parker as not just an awesome dog, but the mascot of Loveland and his “Parker the Snow Dog” brand that snow many folks know and love.

Dustin: Parker the Snow Dog (@officialsnowdog) is a 4-year-old Bernese Mountain Dog. Parker is a very busy pup and wears many hats. He’s not only my best friend, he’s also the mascot for Loveland Ski Area and the camp therapy dog for the Rocky Mountain Village Easter Seals Camp. In February, Parker was elected the Honorary Mayor of Georgetown, Colorado. Mayor Parker is a great ambassador for Colorado. The 4-legged mayor even has his own signature beer at Guanella Pass Brewery (called the Bernese Mountain Brown Ale).

Parker is a regular on the local Denver news stations and has also been featured on Good Morning America, PBS, NPR and in People Magazine. Parker the Snow Dog went from a Colorado celebrity to global celebrity in a very short period of time. Parker has been an amazing marketing asset for the mountain as well. When people see Parker the Snow Dog, they automatically think of Loveland Ski Area.

Gregg: One of the things I love most about what you’ve done at Loveland is how you’ve snagged prime-time coverage of Loveland during Broncos games. And not just once, but consistently over the years. Talk a bit more about that and how Parker and you related to the Broncos and Von Miller and the coverage you snag there?

Dustin: Parker is a Denver Broncos “Super Fan.” Parker rubs elbows and hangs out with the players at the stadium before the games. CBS Sports invites Parker into the stadium on game days to hang out in the production truck with their staff. Brian Gumbel once said on-air,

“Parker the Snow Dog is the unofficial mascot of the Denver Broncos.”

Who doesn’t love a giant dog playing in the snow? CBS and Fox know this, and we’ve had tremendous success getting Parker and Loveland Ski Area featured on most nationally televised Denver Broncos games.

Gregg: There are a lot of resorts on I-70 with deeper pockets and bigger teams, why do you think you’ve been so successful at some of these things compared to the bigger dogs down the road?

Dustin: I keep it simple and fun. I might be a small dog compared to the bigger resorts with bigger budgets, but I have a huge heart and a ton of passion for what I do. I’ve been at Loveland for almost 20 years and I’m proud to call Loveland my family and my home.