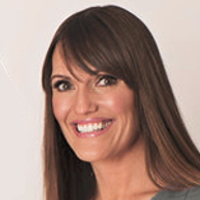 Krista Parry
“Mommy…are you my mom?”

Krista Parry had everything she’d ever hoped for. A challenging job as SVP of Media and Partnerships for POWDR, a wonderful husband, two adorable boys, and a future as bright as any 30-something could ever hope for. Eventually, something had to give. 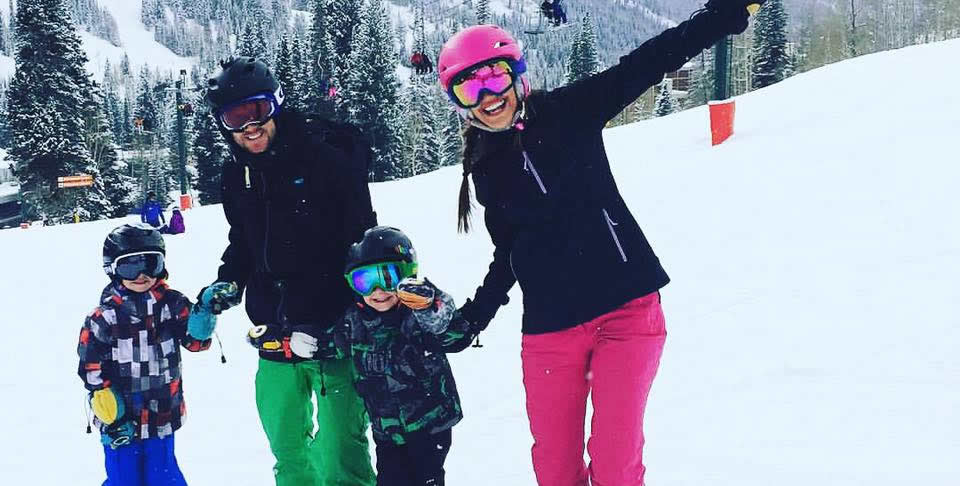 Not too long ago, after yet another 50,000+ mile month on the road, Krista Parry found herself in the car with her two sons, driving to yet another somewhere.

In the back seat her 5 year old was thinking. Thinking about this woman behind the wheel. Thinking about the other woman with whom he’d spent so much time in recent months. He was thinking about nannies and moms, moms and nannies. Wires were getting crossed. Confusion was setting in. He wasn’t as sure as he used to be about something a kindergartner wants to be sure.

And so he asked, “Mommy…are you my mom?”

For Krista, this moment wasn’t so much a turning point as a final straw. One more argument – albeit a rather compelling one -against the status-quo in a decade-long personal struggle. Today her back had finally broken. Before the day was over she picked up the phone, dialed her sister in California, and said, “You know that business we’ve talked about starting? It’s time.”

Promising Beginnings
In 2003, Krista was wrapping up her first year as Park City Mountain Resort’s new Communications Manager. She was 23 years old and absolutely loved her job.

So much so that when the Marketing Director’s chair was offered, she said no.

And why wouldn’t she? At the time, PCMR had been through 6 directors in 8 years; a revolving door that didn’t seem ready to stop for an inexperienced 20-something whose chromosomes didn’t match the vast majority of resort leaders’.

But in that challenge she also saw opportunity which, even at 23, is something she’d learned not to ignore. So she took a deep breath, rolled up her sleeves, and eventually said yes.

There was just one problem.

Playing to Strengths
Krista was, and is, the type of person you want to be around. Full of kindness and compassion and genuine interest in the people she meets, I kid you not when I say that I’ve seen an actual twinkle in her eye. There are few people that will make you happier to be around than she.

What Krista lacked in marketing skill, she made up for in her ability to connect with others. This was something she was born to do – her strength – and she played to it, rallying the team and their marketing efforts around this simple, human desire.

She didn’t want the brand to be a lifeless logo, she wanted it to be another living, breathing thing guests could build a relationship with along the way.

Blogging
It was through that lens that Krista saw another opportunity come along early in her tenure. In her mind, blogging wasn’t just a web-log of their highlights, it was a new way to communicate individually with PCMR’s customers.

Senior leadership, however, balked, only agreeing to the blog on one condition: no comments.

But to Krista the comments were the point. Without interaction it was just another broadcast. With comments it was a conversation. A powerful, direct connection with their guests.

She didn’t back down and, with her bonus on the line, made one last push to get the thumbs up she needed.

That season, four of PCMR’s six-pack lifts had major mechanical failures leaving hundreds, if not thousands, of paying guests stranded on chairs.

Guests and skiers flocked to the blog reaching out for answers and updates. Krista’s team communicated personally, empathetically, and quickly enough to get ahead of the mob. There were few silver linings that season, but the blog, and Krista’s commitment to connecting with guests, was one of them.

Needless to say, she didn’t lose her bonus.

Security and Changes
Soon the revolving door had all be stopped spinning and Krista was rolling along what would become a 10-year path as PCMR’s marketing director. At home, she also settled in. She met a wonderful man, fell in love, and married.

Then kids came along. First one energetic boy, and then another. Luckily, though not planned, both arrived during the summer, allowing Krista to be back at the resort each of the following winters. Her husband was her rock, supporting her cold-weather schedule and picking up whatever slack was necessary so she could balance, as much as possible, family life with her success at work. 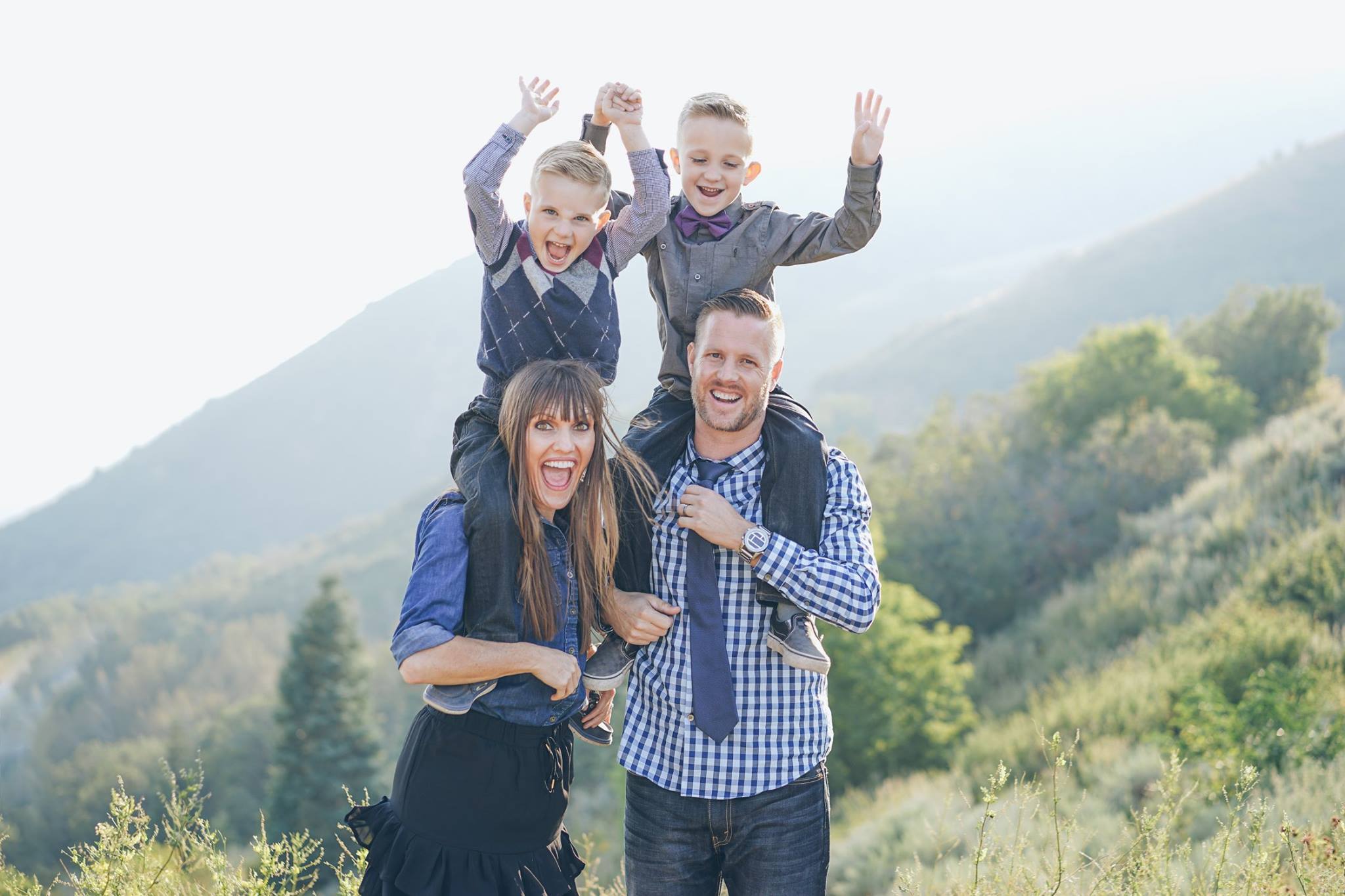 Her blogging wins continued with the launch of Snowmamas.

Born from the realization that mothers were coming to the resort but not skiing (a lesson learned from personally helping them find ski school in the morning on her way to work), she made it her mission to get them back on snow and participating fully in the family’s skiing experience.

Of all the successes she had at PCMR, she may be most proud of this one. And rightly so. Few people have done more than Krista to put the ski marketing spotlight back on moms and the decision-influencing power they hold. Much of the resort blogging you see today is patterned on principles and lessons from Snowmamas.

A Moment
All of these efforts, Snowmamas very much included, did not go unnoticed and Krista quickly became a regular at industry conferences.

On one such occasion at NSAA, three young women approached her to say thank you.

They explained that at their resort every woman who had started a family ended up leaving. There simply wasn’t support. They couldn’t make it work. Family and career became an either/or choice and these young women worried their fate was the same.

But then they saw Krista. A successful woman who was both a mom and a resort executive. To them, she became living proof that it was possible.

Their Story, Her Story
She didn’t take that moment or role lightly. And as the months and years went on, she thought often of those young women as she saw a similar scene play out across the industry.

Most of all, however, she saw this play out in her own story.

A new position with POWDR provided new challenges with the same incredible support for her peers and employer, but the travel eventually outweighed the excitement and Krista soon found herself closer than ever to a breaking point.

When he wondered who was who.

And she decided it was time.

The Next Chapter
As I’ve followed and learned more about Krista’s story, two thoughts come to mind.

First, is awe. Being a resort marketer is tough. Being a mom is even tougher. Doing both at such a high level for nearly a decade and a half? That’s ridiculously impressive and speaks to both Krista’s abilities as well as POWDR and PCMR’s culture.

But my second reaction is concern. Because I can’t help but wonder how many Krista Parrys are out there that didn’t have that belief and support. That did have to choose between motherhood and marketing. That couldn’t find a balance. The idea that such a massive, talented segment of the workforce is struggling to even consider plying their skills to our trade is worrying in the face of already tall odds.

For 15 years Krista’s example was for the moms who were trying to make their careers work. Today, she’s helping the rest.

That business she started with her sister, aptly named SisterUp, helps moms be that mother they hope to be while finding something they’re good at and building a business around those strengths. Once again, Krista is leading by example. The format shouldn’t surprise either: small groups where she can connect with every mother at a personal, genuine level.

To Krista I say “thank you.” For her hard work, for her example, for her friendship, and for her lasting influence on resort marketing.

To the rest of us I ask a question: what are we going to do today and tomorrow to make sure that the next generation of Kristas have even better odds of success than she did?

Best of luck, Krista. But, knowing you, I don’t think you’ll need it.