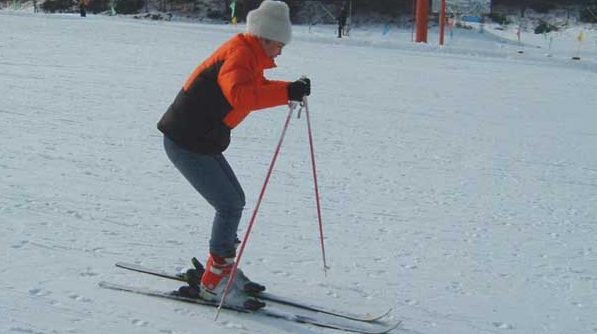 I’m in the airport in Salt Lake City waiting for my flight to NSAA West. Regional shows are lighter on marketers attending and marketing content, but over the next 47 hours I’ll participate in a couple of sessions.

The first is about crisis communications. I’m moderating a panel that will discuss how to address hot issues and challenging circumstances like too much snow or dangerous driving conditions or parking frustrations or whatever.

The other is a panel about the perception of skiing out there in the world of non-skiers. The latter is the one that’s currently on my brain, and it reminds me of a question I’ve been asking myself a lot lately:

On the surface, yeah, skiing is easier than some things, but there’s something about somewhat difficult things that is inspiring. It’s motivating. It gets people to want to prove they can do it.

A Tweet
All of this thinking that, to be fair, I probably do too much of, reminds me of a tweet I saved recently that’s led to even more thinking as of late.

Notice what Rachael says here. In the words of a non-marketer, non-industry person, she’s telling us that is indeed scary. It’s kinda hard.

But, that’s also why it was so awesome for her when it finally clicked.

The Message
We have trouble agreeing on much as a full industry, but just agree with me to consider something for a second.

Folks usually don’t aspire to “so easy anyone can do it” things. But if it takes just enough self-belief?