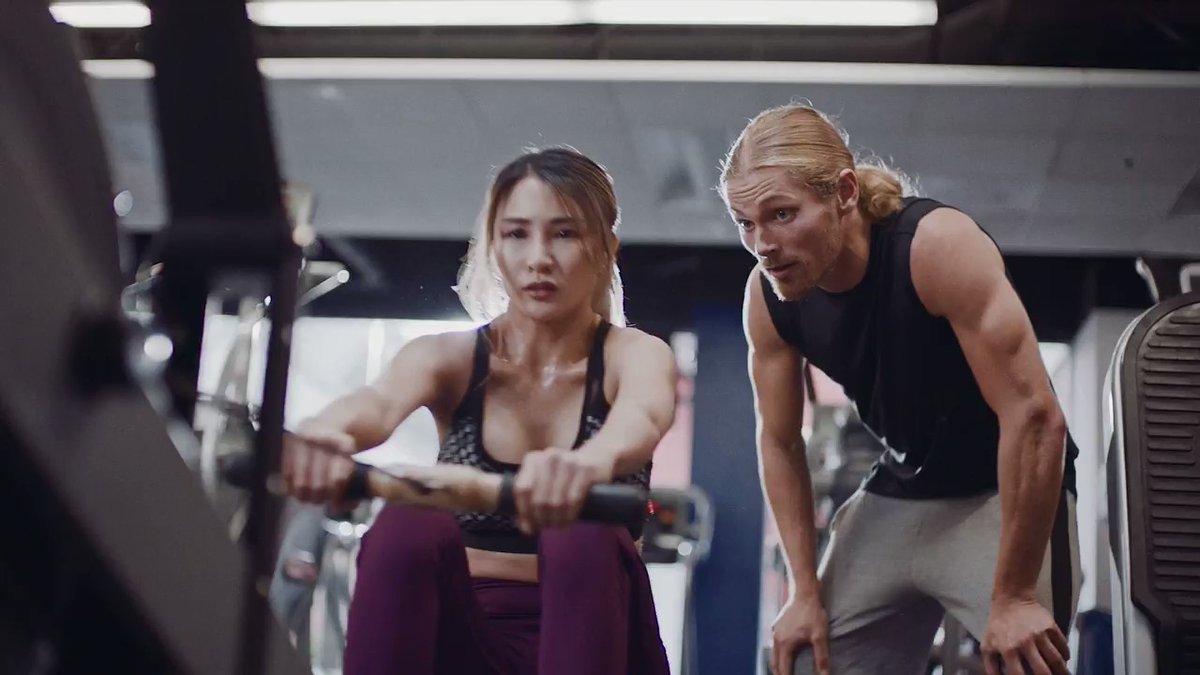 I think it’s easy in marketing to try to point to the first time something was done and hold it up as the only true time it counts as being done.

That somehow some piece of work being inspired by another makes it a ripoff.

But if that’s the case, you might as well throw out marketing as a whole. Design as well. Engineering too. Yes, we should take price in being the first, but we should also admire how those ideas evolve and expand as others adopt them.

If the transition from rowing machine to ski-gear-clad person on a stair machine seems familiar, it should.

But here’s the thing where I tip my hat to both groups. First, to Killington. Because guess who was one of those 20 people to like that video? Yep, the Killington twitter account.

A lot of resorts have tried to build on the This is ESPN style of commercials, but Killington was one of the first and, in my opinion, the best.

Ikon
But I tip my hat to Ikon as well because they’ve expanded on this idea and taken it even further.

Dialogue is hard to get right in terms of both actors and the quality of audio, but they did that very thing with not just the stair machine idea, but many of their others.

Drop in on adventure. It’s closer than you think. #ItsNotWinter. But it will be. #IkonPass

The Slip-n-Slide: Practice makes perfect. Right? #ItsNotWinter. But it will be. #IkonPass

It's the heat of summer in many places, but winter snowfall is always on the horizon. Enter: the coffee-ski. Because, we all need a little something to get us going. It's not winter. But it will be. #IkonPass #ItsNotWinter https://t.co/RIquBmBgAd pic.twitter.com/AdzACavtX7

Good Stuff
So are their videos totally unique? No. And that’s okay.

Every piece of marketing is a mashup of dozens of ideas – large and small – that came before. I’m sure ESPN’s series, that inspired so many of these, was inspired by a lesser-known example as well.

Kudos to Killington for helping get this ball rolling and kudos to Ikon for putting their own creative juices to these ideas as well.