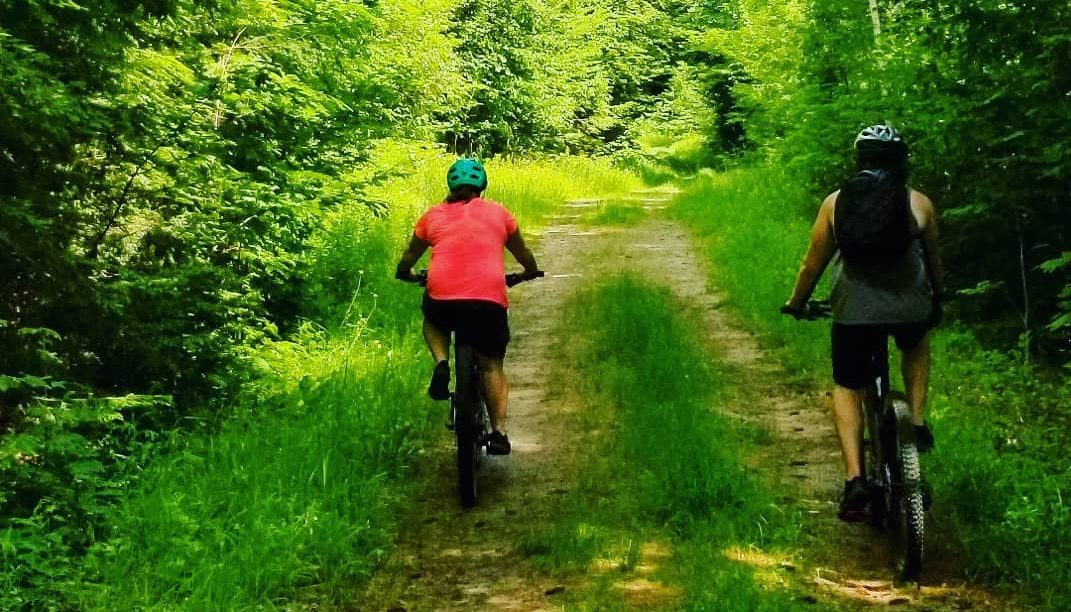 In the last three months I’ve gone from a “hmm, e-bikes might one day be sort of a thing” to a blown away observer of a trend that is observable even from the shade of my front yard.

I even tweeted about it, so it must be true.

Had only seen a handful of e-bikes in the wild before this year, but now seeing them almost daily around town and on trails. Reminds me of SUP growth ~5 years ago. Anyone come across numbers around their growth?

Since that tweet? The numbers in our neck of the woods have only gone up. When I walked out to get the mail a few minutes ago, two more cyclists sped by at 25mph while pushing the pedals at 50 watts…if I’m being generous.

Debate and Intrigue
E-bikes are the source of both debate and intrigue.

Debate because places that were once only accessible through intense physical training and patience are now accessible to anyone who can afford an e-bike with enough range.

But intrigue because these things are crazy fun. Even Digi tweeted it, so it also must be true.

Enter…Gunstock
Here’s the thing, though. E-bikes are also fairly expensive. Or, they can be. Which means that while some doctor/cycling isn’t thinking twice about dropping $13,500 on a road e-bike, there are lots of humble folks like myself who are the classic combination of:

But if you offered me a chance to rip around a mountainous area for, say, $68/day? Well, that may not be right in my comfort zone…but it’s a heckuva lot closer.

And it’s exactly what Gunstock is doing.

The Iron is Hot
Listen, I have no idea how long the e-bike fervor will last. A year? A decade? If the consistently high numbers of stand up paddleboards are any indication, I’d lean toward a decade.

But stuff like this comes along every few years. Something catches folks’ interest. But it takes some commitment to make it happen. If you can give them a glimpse of the experience for a fraction of the cost? Well, maybe you’re onto something. Like Gunstock and the other resorts offering e-bike rentals this summer.

After all, you read all this on SlopeFillers. So it definitely must be true.