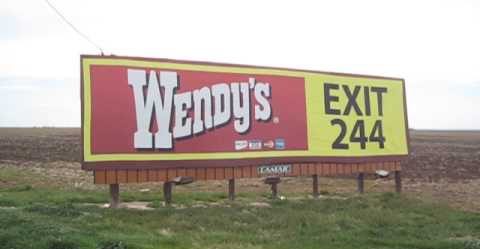 I love to think. This comes as no surprise to many of you.

Even this morning once my son was up, we headed out on a long, meandering loop through the valley while I wrote Inntopia copy and headlines in my head and took in the beauty of the valley I’m lucky enough to call home.

Said it before and I'll say it again, one of best things I do for my ideas/creativity/work is taking walks. Another good one this morning. pic.twitter.com/PF7bxUPuwp

Walking will always be #1, but just down the list of “best places to think” is behind the wheel of car.

And when you combine that tendancy with the plentiful billboards along Utah’s I-15 corridor, I spend a surprisingly large amount of time thinking about these traditional, not-so-sexy pieces of marketing.

And no such mental exercise can go very far without remembering what I consider to be the best billboard ever.

Three Factors
But being such an amateur student of billboards and lover of marketing in general, I’ve noticed three important things about billboards:

1) Time
The first is time. Given other traffic you have to pay attention and highway speeds, you really don’t have more than a couple seconds to look at a buillboard.

2) Memory
Whatever is on that billboard has to stick in your memory. There’s not enough time to write anything down or take a photo with your phone, it’s either gotta last long enough to matter.

Combine these three together and you get something that has to be short, big, and immediately actionable as either a simple memory I can file away or an action I can take right now and still be a driver with hands (mostly) on the wheel and eyes (mostly) on the road.

With that framework, let me reveal the best billboard I’ve ever seen: 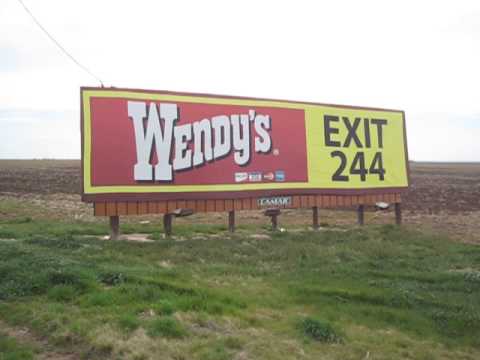 That’s the exact one, unfortunately, but somewhere on the i90 thruway in central New York is a billboard that looks just like this, high on a hillside above the road. It’s been a while since the last major town, the next rest stop isn’t for miles, and there on the hillside is a sign that’s simple, easy to read from a 1/4 mile, and immediately actionable.

And that’s also why I love this billboard from SilverStar.

This was just sent in from Kelowna! People all over the Okanagan are excited for our brand new Gondola ❤️ #SkiSilverStar pic.twitter.com/oRAzCvdQfd

There are a lot of things you can do with a billboard, but I’ve always believed that one of the best is to share 2-3 either memorable or actionable words. Wendy’s was the next exit, so they told you that and nothing more. Silverstar has a new goldola, so they tell you that, and nothing more.

In a way, a billboard is the ultimate test of brevity. Pass and you’ve got a nice reminder of a key selling point for tens of thousands of people each day.

Fail, and you ain’t got nothing. Nice work, SilverStar.