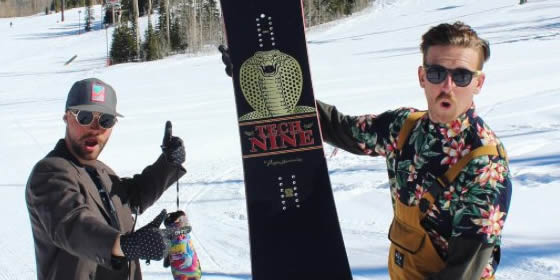 Back in the day (you know, 5 years ago) contests were bread and butter for ski resorts.

Find something large or small to sweepstakes-ify with your social follwers and, bingo, you’d have an quick surge of fresh blood in your audience.

But that was then, what about now? What about stuff like this?

CHECK OUT IG or FB for details on how to win this FINE TECH NINE BOARD! #retweettoenter pic.twitter.com/OCUgn7SS5O

That was my question and it didn’t take me long to find an answer.

Let’s take a look at what I saw once I dug a bit deeper. First, this chart.

Now, going back to that tweet we’ll notice that the date is none other than January 31, 2017. Which corresponds to a nice little spike in growth on the same day.

“But wait,” you say, “that spike isn’t nearly as large as the one that starts on January 13!”

Hmm, what could have driven that spike? Maybe…this?

Follow us and retweet this to enter to win this Rossingnol Snowboard! The winner will be announced next Friday! #contest #followus pic.twitter.com/LTyXcEKw6H

Not too shabby either.

But with a solid reward (a snowboard) and a simple share-to-enter viral mechanism (retweet), it’s (still) an easy way to increase the size of your audience.