Season Passes
The battle for Colorado passholders is being fought with snowguns. 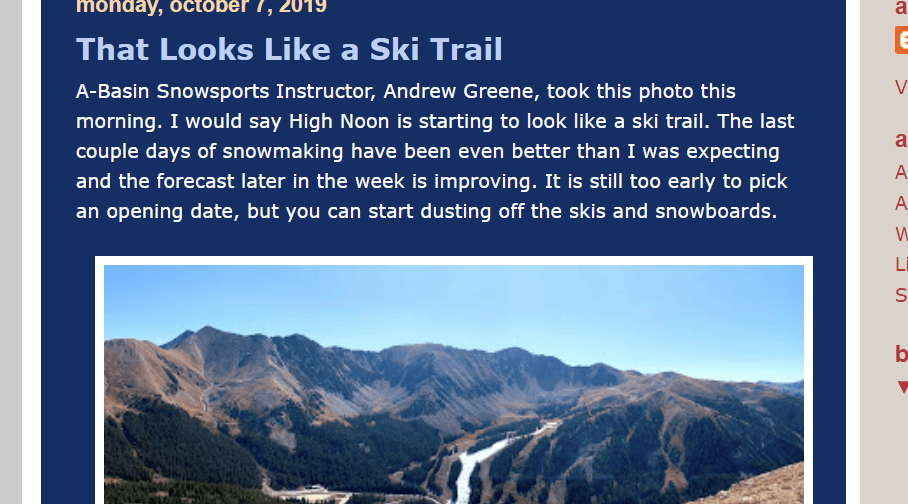 Let’s do a little recapping, shall we? And, because it’s 2019, let’s do it like any responsible outlet would: with nothing but tweets.

December 2018
Keystone suggests that they’re about to get back into the #racetoopen.

Let’s begin playing earlier! Pending U.S. Forest Service approval, we plan to vastly upgrade our snowmaking capabilities at Keystone, putting us back in the game to be the first resort to open in Colorado and the U.S. each season!https://t.co/60TaqmMBJf pic.twitter.com/FkxNoKrBIF

I suppose I could have added other dates, but those are the big four.

Snowmaking
Snowmaking has always been a key for Colorado resorts. But for the last decade it’s always been a mostly congenial, two horse race. If A-Basin won, their friends at Loveland gave them a congratulatory high five and visa-versa.

But Loveland was never really a threat to anyone’s bottom line above the chance that a handful of early season tickets or fall four-packs might go their way.

With Arapahoe Basin on Ikon and Keystone/Breck on Epic and a massive market down in Denver just oozing with pent-up demand come October, the early-season slopes in Summer County are now the battlefield for a big slice of the season pass pie.

So…
So far it appears that, at least in terms of snow on the ground as of today, Arapahoe Basin (and Ikon) appear to be in the lead.

…but once again the combination of temperature, elevation, and the length of the run the slope being covered has The Legend in pole position.

Ironic
It is a touch ironic that resorts touting deep snowfall and massive peaks and spread their snowfall risk across a dozen states and tens of thousands of acres are going toe-to-toe with manmade snow on a few dozen skiable acres.

But you can’t blame them. Snowmaking has always been a marketing tool, and this season is only making it more so.

The winner may not win the battle this year or the next, but if one or the other can rack up a few victories in a row? You can help but think they’ll see the results.