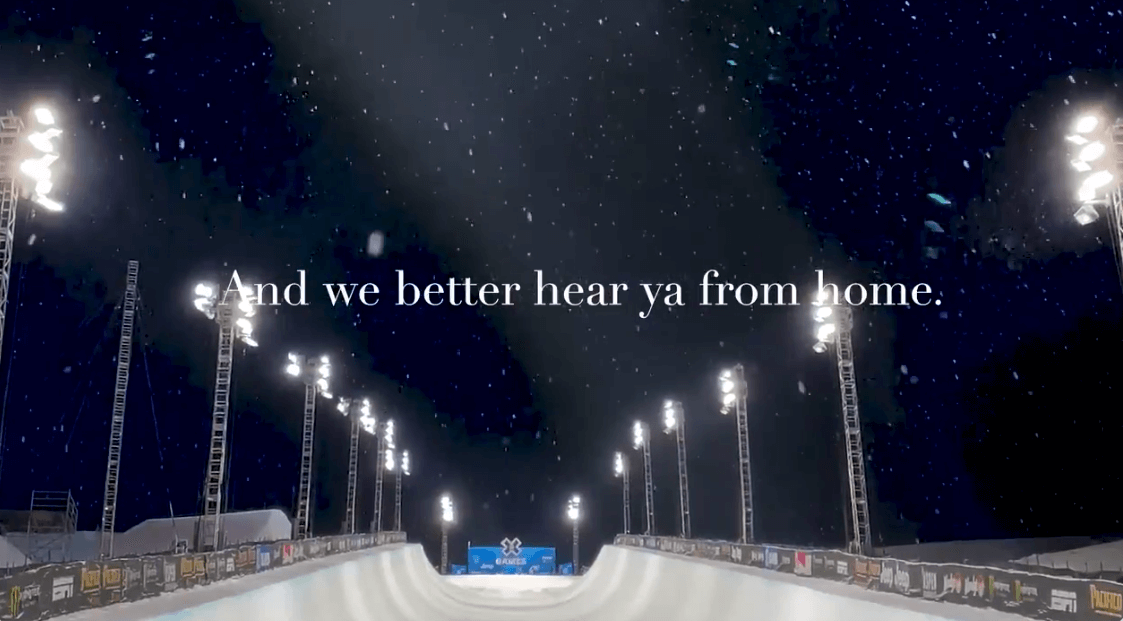 The X Games this year were awesome.

I’m still not a fan of the spin-to-win style of “I can’t tell what you actually did until I can count the rotations during replay” competition, but it was fun to see skiing on the tube and feel like things were normal-ish.

Though, they didn’t feel normal because of one clear thing that was missing: FANs.

Speak to Them
One thing that’s always present in sports is the appreciation athlete’s have for their fans. The folks who travel on their own dime and invest so deeply with their emotions to support them along their journey.

With no fans at X Games this year, I was wondering how the role of fans would play out. And it didn’t take long to see a perfect message about exactly that.

Raise the roof and let the world’s best snow sports athletes hear you from your home. We can’t wait to welcome you back next year @xgames pic.twitter.com/HsRTrWXkhY

Simple in both word and editing, it’s a great way to reach out to that critical part of sports to remind them they’re not forgotten and invite them to get involved…even if it is from the couch.

While social engagement isn’t always the success-indicator we want it to be, this was the most engaging tweet since their take on the Bernie Sanders meme which, lets be real, is tough to compete with.

How we feel about Cloud Nine during a pandemic. pic.twitter.com/RsKVKRP0pw