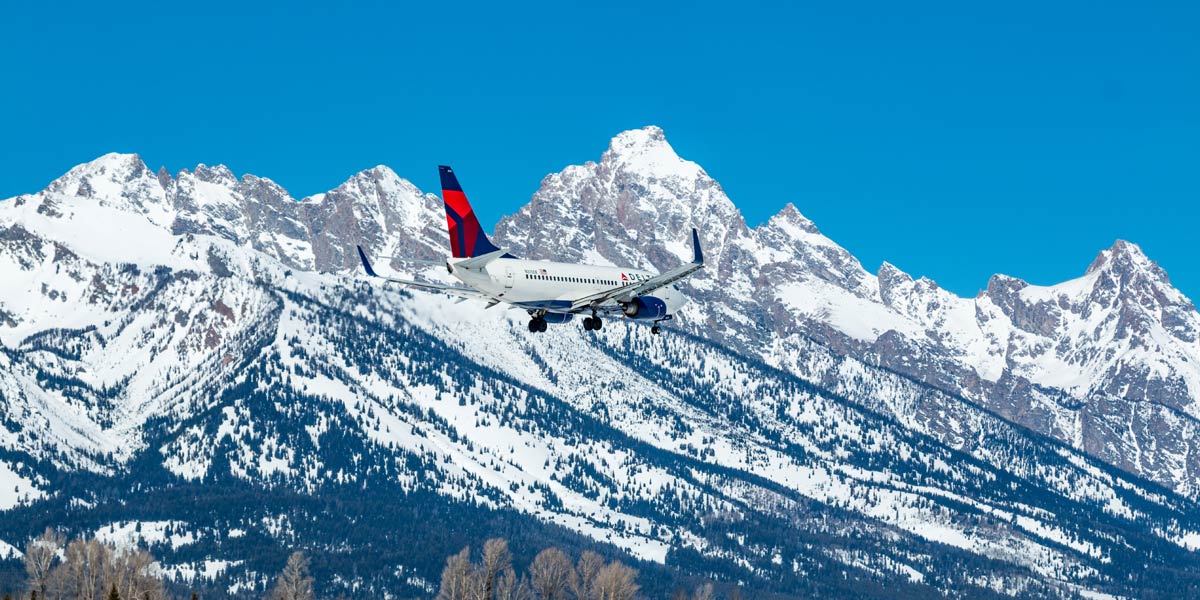 A few weeks ago a friend told me about an Instagram account that posted amazing deals on flights.

I smiled and nodded as I thought of how many “flight deals” apps and websites and newsletters and accounts much exist in the universe. How I’d never seen a “fares from $29” email that ends up describing flights out of the destination where I live.

Until he said this:

“And every flight she posts is out of SLC.”

And suddenly, everything was different. I started following, I started checking the fares, I started dreaming more about travel than I have in a while. This is due in large part to the way these deals were shared.

Rather than just a(nother) empty claim, it was backed up with prices, dates, and links.

Jackson Hole
Around this same time, I got the following email from Jackson Hole with the subject line:

Fly With Delta From SLC To Jackson Hole And Save Big. 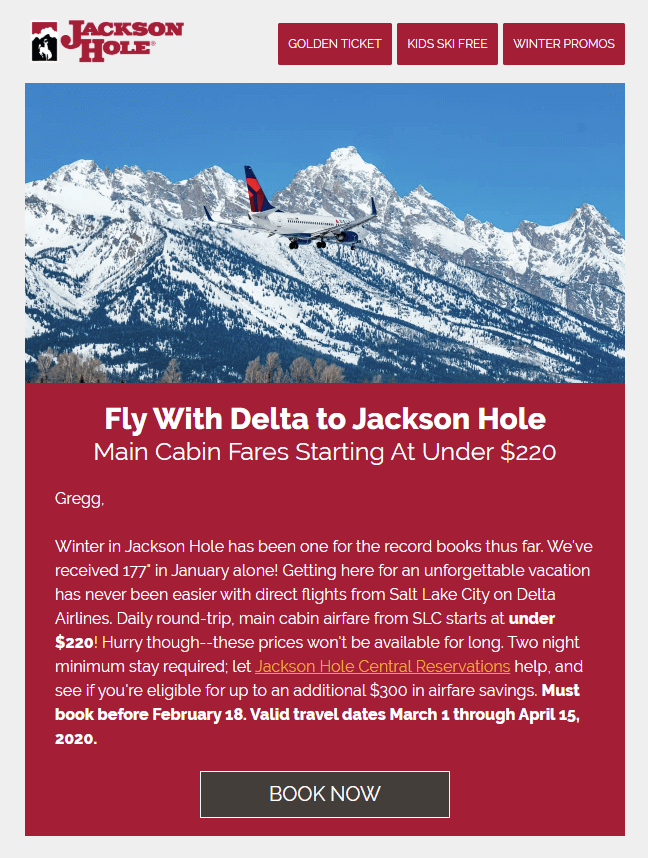 And notice one more thing: even playing with only a few dates on the Delta site led me to the exact rates they were describing.

Which is really, really important. Because I may not book this time, but knowing that Jackson Hole isn’t messing with me when they send this sort of campaign will make me much more likely to take it seriously the next time.