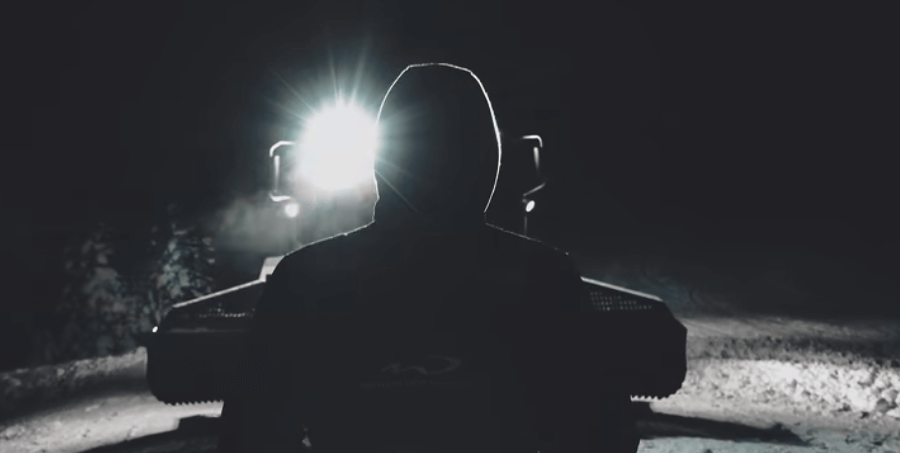 Ask me what you need to make a cake and I’d probably start listing the usual suspects.

But unless I have a recipe, unless I have same semblance of cooking skills, I could have a half-dozen Whole Foods at my disposal and still be cakeless.

The same is true for stories.

Ski Movies
When I watch ski movies, I see a lot of story ingredients – interviews, voiceovers, dramatic moments, close up shots, etc. – but I rarely see a “cake”. Ski filmmakers are really good at getting the shot, but when asked to tell a story it seems they can only identify which ingredients to use but not the recipe needed to use them.

Which makes me wonder, what if it were the other way around? What if we started the ski movie process with the storytellers? What would that look like?

It would probably look a lot like what Origin did with Magnetic.

Story Chefs
Returning to that metaphor for a moment, Origin are like chefs of stories. You could remove all the milk, eggs, flour, and sugar from a chef’s kitchen and they could still whip up something culinary mortals like myself can only dream of.

Likewise, ask Origin to create a ski film without the traditional story-driven concept (these words below are from an email I got from Origin’s Danielle Kristmanson)…

“While it has a clever tongue-in-cheek script and voice over that mocks the genre a bit, it has no story. This is a pretty big thing for me, because I think it’s the first-ever, non-story-driven content I’ve ever been involved in creating. “

…and you know what they create? Something that looks like a traditional ski movie but has the simple, powerful underpinnings of a story.

The Simple Reason
The reason why is something I hit on a few weeks ago.

“That’s what story does. It gives every moment meaning.”

So while the movie took out many of the traditional ingredients that go into a story, the genius move was building the film around a simple element: constraint.

Constraint
Like doing something on a tiny budget or without the usual tools or with limited time, constraint gives normal activities an engaging, intriguing new angle.

And because we are so accustomed to watching movies packed with well-known pros (not all locals) skiing in places that are nowhere near accessible to people like us (not at one resort), it’s the uncertainty about whether this movie can deliver on it’s promise given those constraints that holds our attention:

“An entire movie at one resort? No way…but…holy smokes, THAT line was shot a resort? That one too? At the SAME resort?! And…whoa…”

The one element they didn’t remove was a carefully established setting that created a relevant constraint and gave every shot, every trick, and every turn meaning.

So, yes, Origin may not have set out to create a story, but being the ridiculously talented storytellers they are, I guess I shouldn’t be surprised that even without all the ingredients, they still made something insanely good.