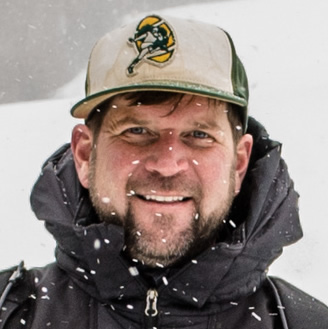 At a time when marketing voices of smaller ski areas are often stifled by larger resorts', Sunlight is standing out. Situated directly between Vail and Aspen, Troy Hawks’ job is far from easy, but he’s leaning on lessons from the past to make the most of opportunities in the present.

Gregg: Troy, a few years ago you were running point on many things at NSAA. Today, you’re approaching 2.5 years at Sunlight. Give it to us straight: how have these first couple seasons gone?
Troy: Straight up, I feel very fortunate that things have fallen into place as well as they have. There’s a list of friends to thank for their help in making some good things happen in these past couple of years. Not everything you work on in your career is going to blossom as you hope it might, so when things come together, even a little bit, you feel pretty lucky.

I took the job in October, so I was squarely behind the eightball most of that first season. The to-do list is a long one, and I’m only now starting to feel like I’m getting more comfortably ahead of it.

Gregg: Harder than you expected?
Troy: It’s funny because things I thought would be easy to get done took longer than expected yet some other efforts fell into place in just a few phone calls and emails. Coming into the job one of the top items on the to-do list was to update the snow stake. It’s ski marketing 101 stuff, right? I saw this as something we could get done in three weeks but it’s actually taken more like three seasons.

In one of our first manager’s meetings, I put it out to the group that the marketing department would pay a decent wage to anyone willing to design and build a new snow stake. I’m “the new guy” and only the crickets outside responded to that offer. Finally last season our Assistant GM, also a very skilled cabinet builder, built us a new snow stake. We made a few modifications this year. It’s not as fancy as Loveland’s or Telluride’s, but it’s functional and better represents the brand.

Gregg: Anything come together easier?
Troy: Take something like the Sunny 700 or Mini-Mayor, and those are campaigns that fell together pretty easily. It doesn’t always happen that way but it’s what I love about working on this scale. You can get things done in under six emails and a phone call, and no meetings. The job at NSAA was a tremendous opportunity for me, I draw from that experience every day. But by their nature, industry organizations navigate more like ocean liners, whereas here at Sunlight we can steer around more like a jet ski. It’s super fun.

Gregg: Talk more about your experience at NSAA and what role that played?
Troy: NSAA was a high-functioning place. A lot of big things got done without a lot of staff or resources, so that’s a key skill that carries over to the task of marketing a small ski area. Also as you know Gregg, some of the colleagues that we work with in this industry are so focused, massively productive, and good at what they do, that it naturally causes us to raise the bar on our own work product. That inspiration stays with me. It makes you work hard on what you’re putting out there, but it can also cause some sleepless nights and even mild embarrassment when you know the snow stake is looking crappy, or when something comes out looking a little clunky.

Gregg: What specifically about that time served you well once you were at a resort?
Troy: I continue to work with friends that I met through NSAA some 13 years ago. In addition to value of networking, there’s the education. At rough estimate I’d say I sat in 120-140 marketing related sessions during my time at NSAA, so there are many takeaways from those sessions that I continue to draw from. Sometimes it’s specific tools or resources that I learned of, or just little reminders on facts like mom’s (or kids) are most often the decision-makers of the family, and that hardcore powderhounds actually only makeup a small percentage of the people on the slopes.

We’re facing a less-than-average snow year so far this year, but for the many beginner and intermediate skiers and riders that visited us over the Christmas Holiday, our conditions were just fine and they walked away happy customers. So while we as a staff were bummed that we didn’t have more powder days, we’re reminded that our out-of-state guests didn’t necessarily notice or care, so you focus on celebrating what you do have.

Gregg: That perspective definitely shows including some of your recent efforts. Walk me through.
Troy: Mini-Mayor would not be if it weren’t for a local dad that posted a 20 second video of his four-year old son asking Sunlight to open early for the season. I saw the post around 7 that night, and I remember waking up at 3:30 a.m. the next morning saying, “That’s it, Mini-Mayor!”

One reason why I think it worked particularly well for Sunlight is that our GM is also a County Commissioner. He keeps it on the down-low – at as much as you can keep something like that on the down-low – and our guests are pretty courteous not to pester him on the issues when they see him at the ski area. But there was already this loose connection to government and politics so when we announced that we had appointed our first Mini-Mayor, our fans really got it. At least locally, I think it sort of came off as a hybrid “mini me.”

Gregg: What about the Sunny 700?
Troy: The Sunny 700 was a longer evolution. Originally I wanted to call it Todd’s Pass, named after one of Sunlight’s primary owners who is in his 50s and retired. As you can imagine, the World is pretty much Todd’s oyster at Sunlight. He has his own bar stool and he’s not afraid to ask guests to vacate it when he comes around. I guess you’d call it a lingering legacy issue.
Anyway, Todd lives large at the resort, and that’s what really got me contemplating a day pass that offered more than just skiing. That idea was further validated at the 2016 NSAA Convention when a speaker mentioned that the Ritz Carlton often promoted package offerings that weren’t necessarily intended to drive tremendous sales, but rather they were put together more for PR purposes, highlighting the possibilities at the resort.

Gregg: How much did the unique nature and location of Sunlight play into the success of both?
Troy: Clearly being located in the beautiful Colorado Rockies in between Vail and Aspen helped folks connect with the story behind the World’s most expensive lift ticket. Some folks really identify with underdog-type storylines.

Gregg: Any key takeaways?
Troy: Key to the whole thing was hiring a very good and accomplished PR person who had a keen sense of timing. I think that if we had rolled it one month sooner, or one month later, it may not have gotten picked to the extent that it did. We actually enjoyed even more exposure this season when we unveiled the new graphics for the Sunny 700s. It’s been so much fun seeing this campaign come together. We proudly display the skis and newspaper clippings in the bar not far from where Todd sits.

Another one joins the club! Welcome to the Sunny 700 Club Melanie. Watch more on the Sunny 700 shot this past fall via @Matt_Kroschel #Sunny700 #Sunny700Club #BestLiftTicketEver https://t.co/UnbuBKLv7n pic.twitter.com/GKBehmPaku

Gregg: Let’s wrap up with a quick open mic for any ideas or feedback from these first two years we haven’t hit yet.
Troy: Well I’d definitely extend an open invitation to marketers at other small ski areas to sit down and compare notes on third-party ticket sellers. You really have to keep a close eye on these guys. Collective bargaining might serve small ski areas well in this regard.

Finding an updated and affordable POS system is also a challenge we’re facing, as are other small ski areas in our state. The annual “support fee” alone adds up to a heck of a lot of lift ticket sales that you’re giving up year-after-year just to keep the thing running. Yet at the same time, I know an updated POS would enable us to do better business overall with our guests. Small ski areas doing better business from a technological standpoint is in the interest of the industry as a whole, it helps us all provide a great experience to our skiers and riders and stay better connected with them.

Gregg: Great points, any others?
Troy: I think NSAA’s Sustainable Slopes Grant Program is a great campaign that has helped small ski areas update snowmaking infrastructure and create greater energy efficiencies throughout the resort. I continue to think there may be opportunity to expand this type of campaign to assist small ski areas in tackling investments in other areas such as POS, lifts, maybe even rental equipment and so on.

Pay-to-play ski and outdoor media is also a challenge, and a particular aggravation given that I came to this position with a journalism background. Small ski areas don’t win at this exploitation simply because we can not afford to pay to have our story shared. We’re very thankful for the remaining “free media” that exists including our local newspapers and their support, independent bloggers, as well as the blog that our state ski association maintains, and also our local DMO’s for the support they provide in helping us share our story.