Season Passes
The Indy Pass is becoming everything I hoped it would be. 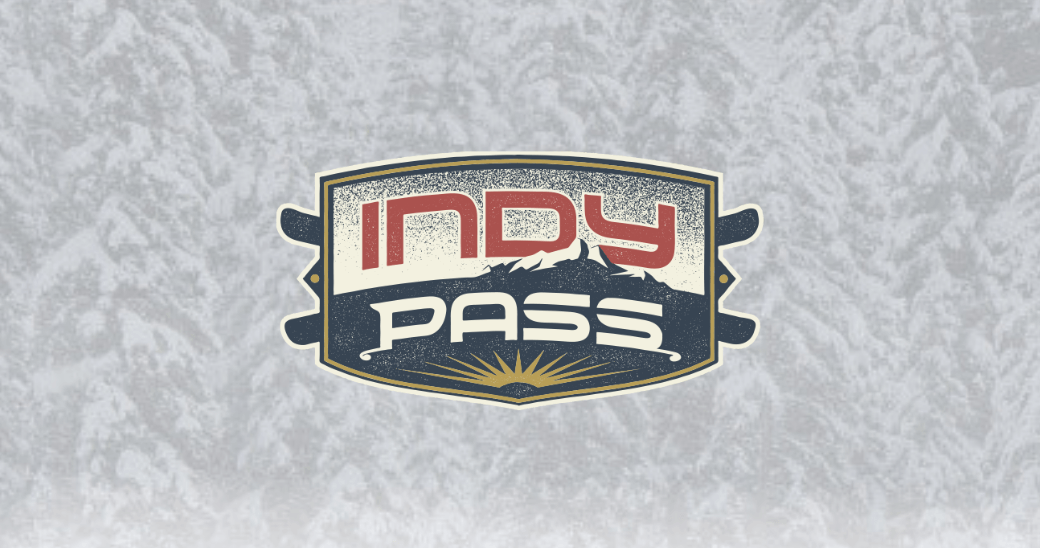 Quoting myself can get awkward at times, but I’m gonna do it anyway. In 2015 I wrapped up a post about small ski areas with a question:

“s the pendulum swings toward bigger and better and bigger and better, as skiers show more than a little interest in the nostalgia and simplicity of small ski areas, as this idea starts to hit mainstream ski media, and as the chance of losing that piece of our industry kicks us into ‘Save Our _____’ mode…

…I again ask the same question I started with; are we on the verge of a small ski area renaissance?”

For years I’ve felt torn between knowing the timing is right but not having the time to do it.

However, I don’t worry about that anymore because the Indy Pass has become everything I hoped it would be and much, much more.

The Pass
The problem with smaller areas is that there are a ton of them. A dozen big guys gives you a good chunk of that type of resort, but when you have 200-300 of these smaller mountains around? It takes a bigger number. Welp, the Indy Pass now includes 92 ski areas.

The People
I’ve been super impressed with Doug Fish. To hitting the road in a van to chat with resorts about signing on to working with small hotels in these resort towns along the way, the method matches the market. It’s human, it’s scrappy, it’s real.

The Results
And a few years in, I’m now hearing more and more anecdotes from pass partners that it’s working just as they hoped. The number are good (and growing). Even more, we’re starting to see headlines catch up the big dogs. Consistent mentions in outlets like the New York Times aren’t one-off flukes, they’re becoming the norm. 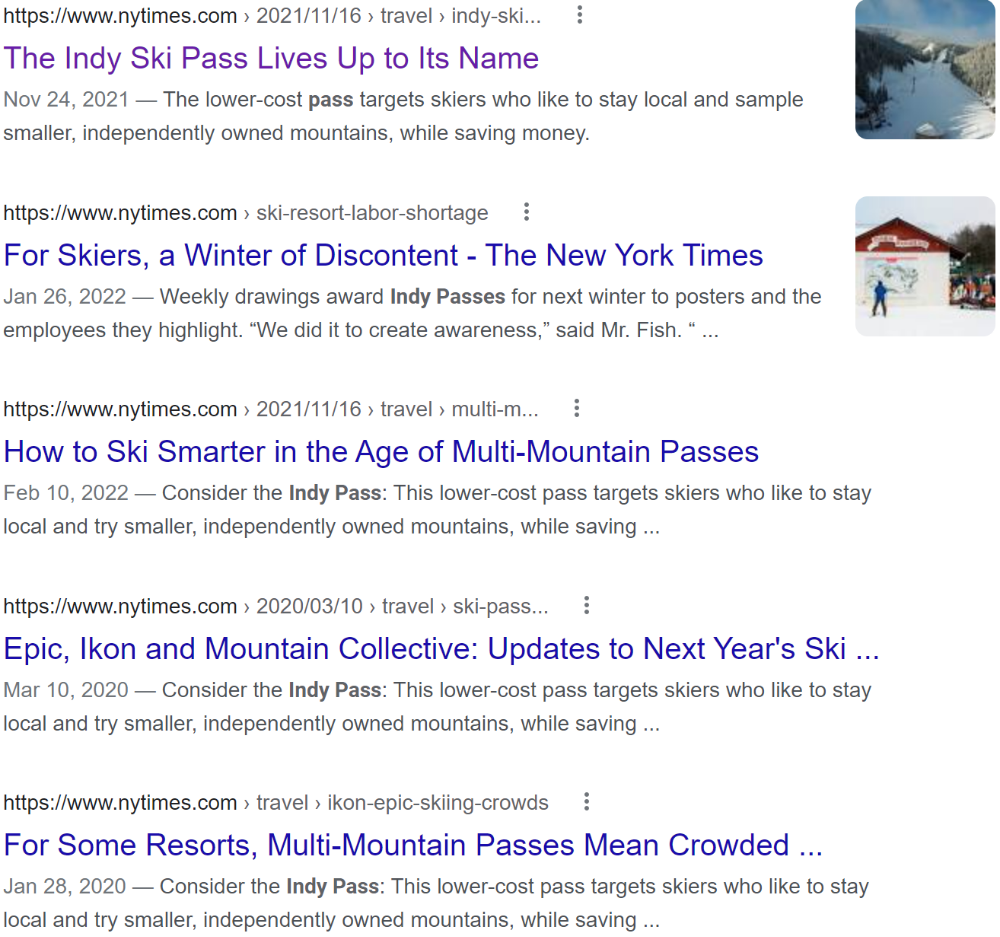 The loudest voices in the room are still Vail and Alterra, but there’s another that more and more skiers are hearing as well.

How can I not love where this is going.

Is it perfectly dialed in? No. But the direction is solid, the partners are engaged, and the future is bright for both the pass and the future of small mountains.

I sincerely can’t wait to see happens next in this long-awaited small ski area renaissance.