Promotions
How Sugar Bowl filled their slopes (and rooms) on Super Bowl Sunday.

Depending on a handful of factors, Super Bowl Sunday can obviously be a tough day to get folks onto the slopes. For example, if the team in your local market is playing in the game? Pretty tough. If your mountain is still open when the game kicks off? Also tough.

One of the closest resorts to the Bay Area and on Pacific Standard Time, Sugar Bowl checked both of those boxes.

So what did Marketing Director Jon Slaughter do? He was kind enough to give me the scoop.

The Setup
First, they started with a name.

I’ve talked about this a few times recently, but I love the idea of just giving stuff a name. It doesn’t have to be fancy, but names help humans remember things and make them more real and less abstract. In this case, Jon simply called this:

Next, they created a dedicated landing page – sugarbowl.com/niners – and they kicked it off (pun intended) with a little intro copy.

“Come cheer on the Niners as they march toward their sixth Super Bowl Championship on Sunday, February 2nd. We have tons of Niner specials around the resort. Kickoff is not until 3:30pm, so you can get a full day of skiing and riding before the big game. At Judah Lodge we will have the game playing and raffle prizes for all those in attendance after each quarter.”

I’ve seen quite a few Super Bowl promos in my day, and the consistent theme among the ones that seem to get it right is simply this: they don’t make it an either/or. Don’t force people to choose between two things they love. Make the fact that they can have both the selling point.

This message does that really well. 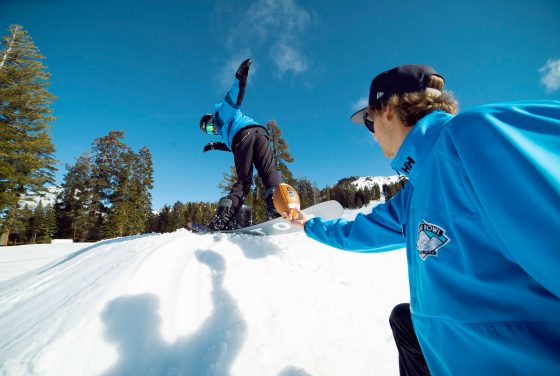 The Details
So, what were those specials? Here’s a quick list:

Plus, the marketing team let everyone know they’d be riding around looking for guests wearing Niners jerseys so they could hook them up with some goodies.

Toss in some smart messaging on other channels and some really clever stuff on social:

Kicking off our #SuperBowl Party in 2 Hours at the Judah Bar. There will be raffles, prizes, food & drink specials and the game live on two 75” TV’s! Hope to see you there #SugarBowlResort #GoNiners #SanFrancisco

And you’ve got a great campaign.

The Results
And what were the results? Here’s what Jon said:

“The management team got behind the promotion, developing hotel, lesson, rental, demo and dining promotions to build around the $49 lift ticket offer. We wanted to make some noise in the market and I think we succeeded. We took a hit in yield but more than made up for it in volume on what would otherwise have been a quiet day on the slopes.”

Kudos to Jon for not only putting together a great campaign, but being willing to pull back the curtain. Great stuff.