What I'd Do
Peek’n Peak’s social has all the makings of a perfect email campaign. 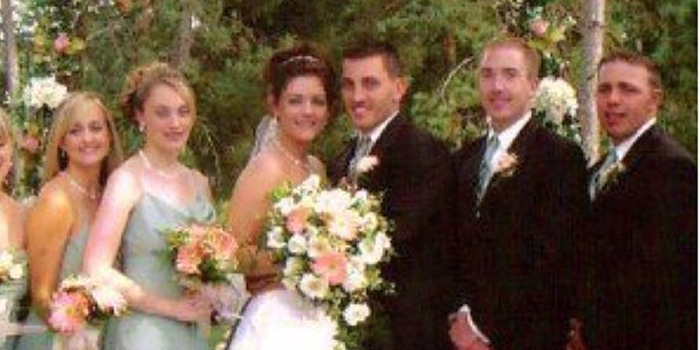 If you’ve followed SlopeFIllers long enough and don’t have a job and have nothing else to do but analyze my tweets and posts, you may notice a pattern.

This family has discovered their #lakelife tradition and for that we are entirely grateful. Cheers to celebrating many more! #familytravel pic.twitter.com/EcMAiM8iBB

And then write about it a number of days or weeks later.

What makes a guest many times more likely to return? One pattern that @PuritySpring just put on a pedestal. https://t.co/Kz9mo2NvUj

Why would I do something so redundant? There are three reasons.

First, I know that the reach of any one tweet is a small fraction of the reach blog post gets.

Second, because I usually have more to say that I can say in a tweet.

Third, because I’m testing the waters.

When you look at these tweet → post doubles, you’ll also notice a ratio. Shooting from the hip here, but I’d say about 20% of such tweets end up as posts.

Because what I’m really doing is trying to improve my batting average on the blog by sharing ideas in a place where engagement can suggest which ones are better or more relevant than others and then using that social proof to decide what I take time to actually turn into an article.

Letting the Cream Rise
I also believe this is one of the most underutilized aspects of social media among resorts.

Social content is easy to share and, so being, resorts share a lot of it. Dozens of posts per week per resort, in fact. What I think most resorts miss is the next step: taking their best content and using other channels to give it more legs.

Social → Email
This is something I’ve prediected many times, but today I want to share a tweet that may be the perfect example of what I’m talking about.

Krista & Cory are celebrating 10 years of marriage by revisiting the place they wed, #PKNPK! Happy Anniversary to you two! pic.twitter.com/qfG9ZJqp61

On Peek’n Peaks previous 10 tweets, they’d averaged almost exactly one favorite on each. All were photos, all had good messages, all had the makings of a great share.

But suddenly this tweet comes along and, while it’s not a viral sensation, it did have three favorites as I’m writing this after being posted just an hour or so before.

So here’s what I’d do. I’d jump into the database and build a segment of every bride and groom who had ever had their wedding at the resort and send them this: 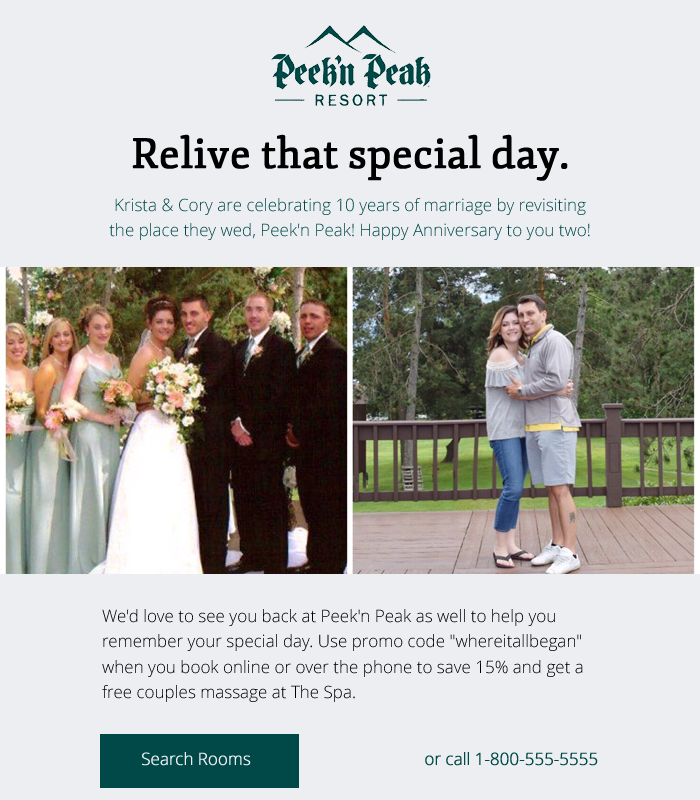 It takes the content that you know is popular, puts it in front of a highly relevant audience, patterns the behavior you want them to repeat, and gives them a simple way to do so.

Even Better…
Next level? Resorts that host weddings know the wedding dates of their couples. So get that date into the email system and automate this email as an annual “anniversary” offer.

To be fair, I don’t think all social → email content needs to have an offer but the fit here was too good to resist.

Instead, just recognize that:

Scan you top 10 most successful posts/tweets over the last month and maybe, just maybe, you’ll realize you have a perfect list of great email campaigns as well.