Inspiration
A big shoutout to Holiday Mountain for stepping up their photography game. 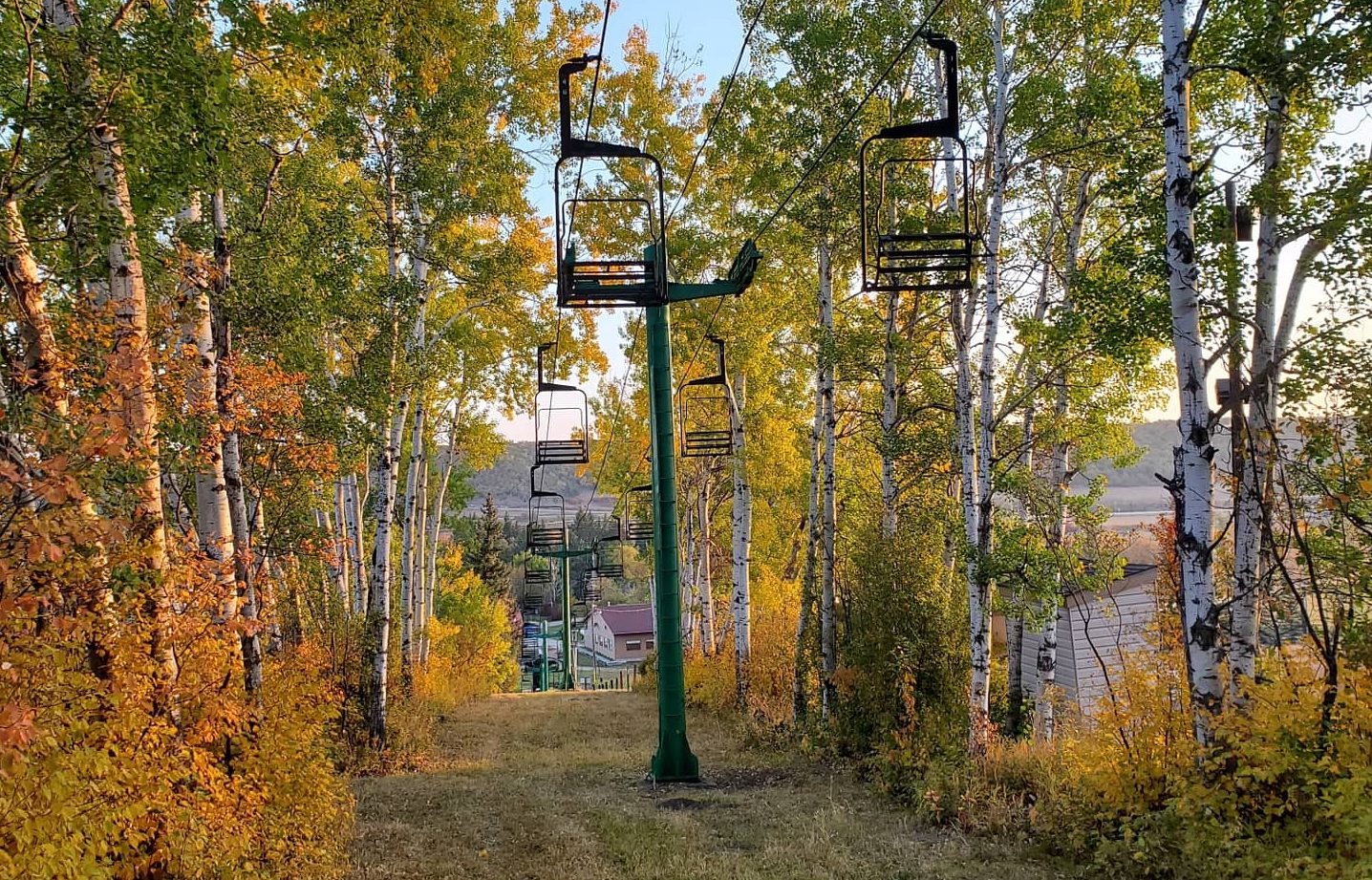 It’s only happened a few times where I’ve noticed, but I love it when a smaller resort or ski area starts taking one thing more seriously and really steps up their game.

Because instead of the difference being small, it’s massive. It’s almost impossible to NOT notice.

Entirely Lovely
I don’t remember exactly when I noticed, but this summer I started to realize that some of the my favorite photos in the ol’ Twitter feed were all coming from the same source.

Beautiful shots down the lift line first thing in the morning… 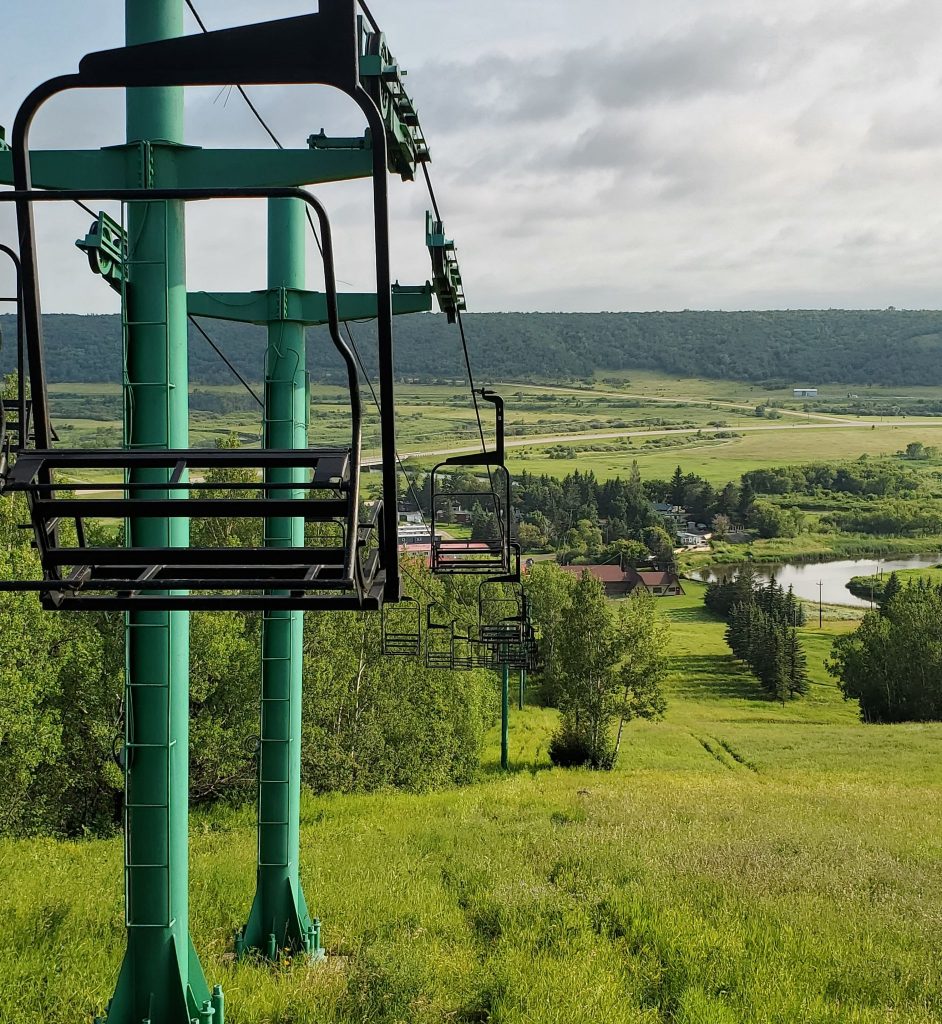 A similar frame looking across the river at sunset… 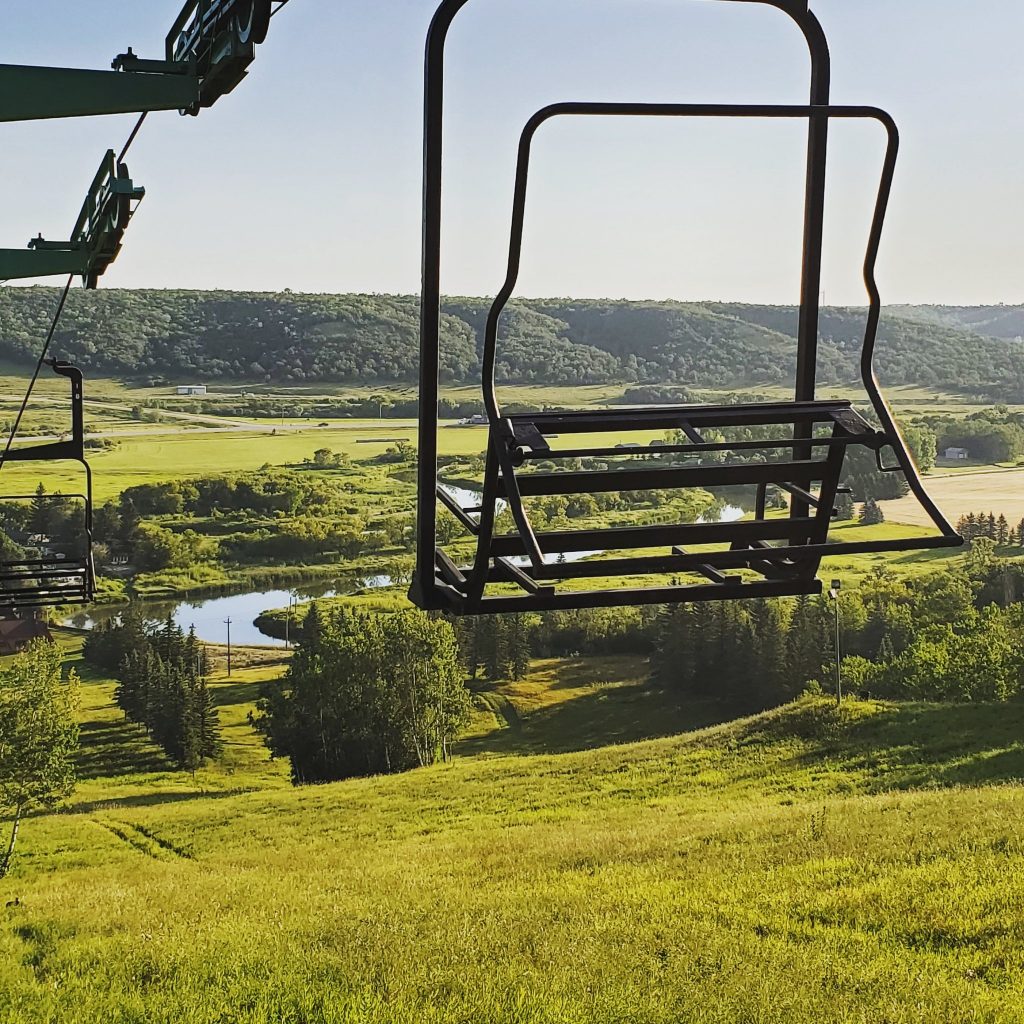 Somewhere between the two when the fog rolled in… 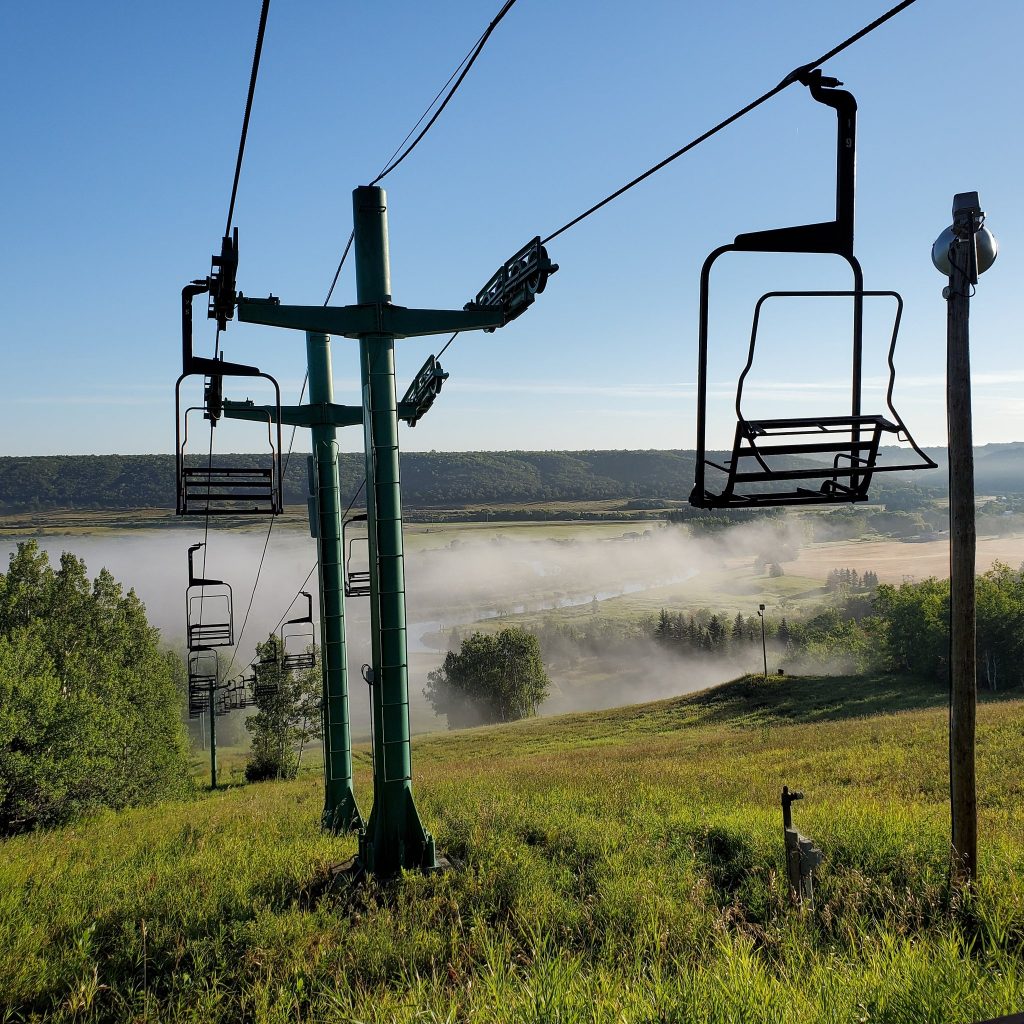 These images were those simple, classic views skiers love. They weren’t overthought or overcomplicated, just a nice frame with good lighting and likely some light editing to better highlight those colors.

Then…Fall
And then fall started to arrive, and things only got better.

A shot through the trees at golden hour… 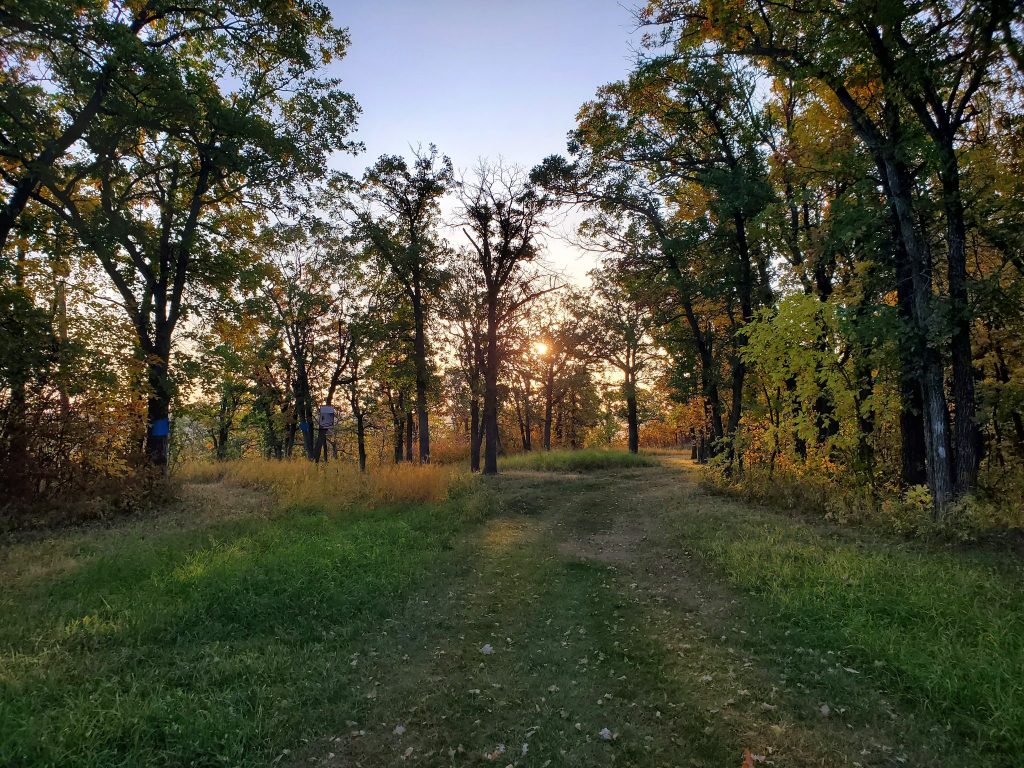 Another sunrise shot down the lift line… 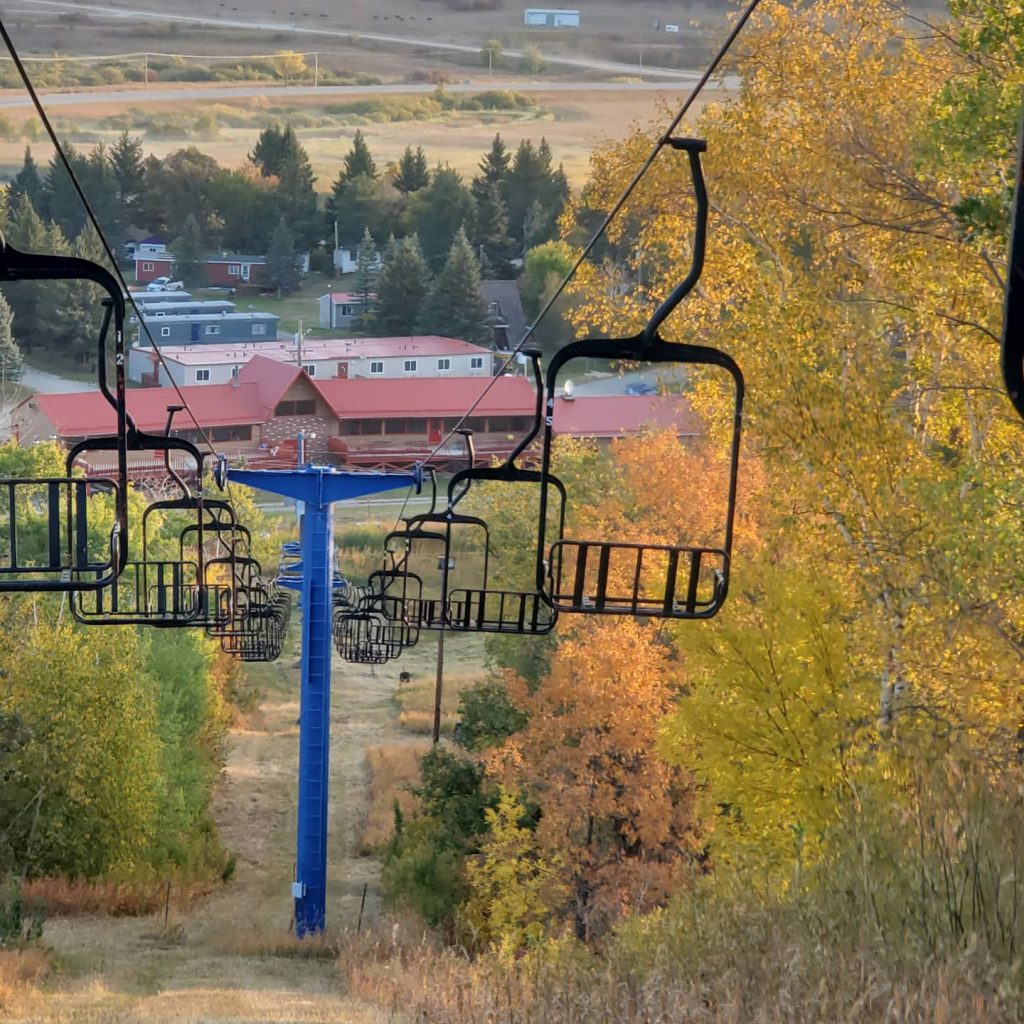 Or some fog at sunrise… 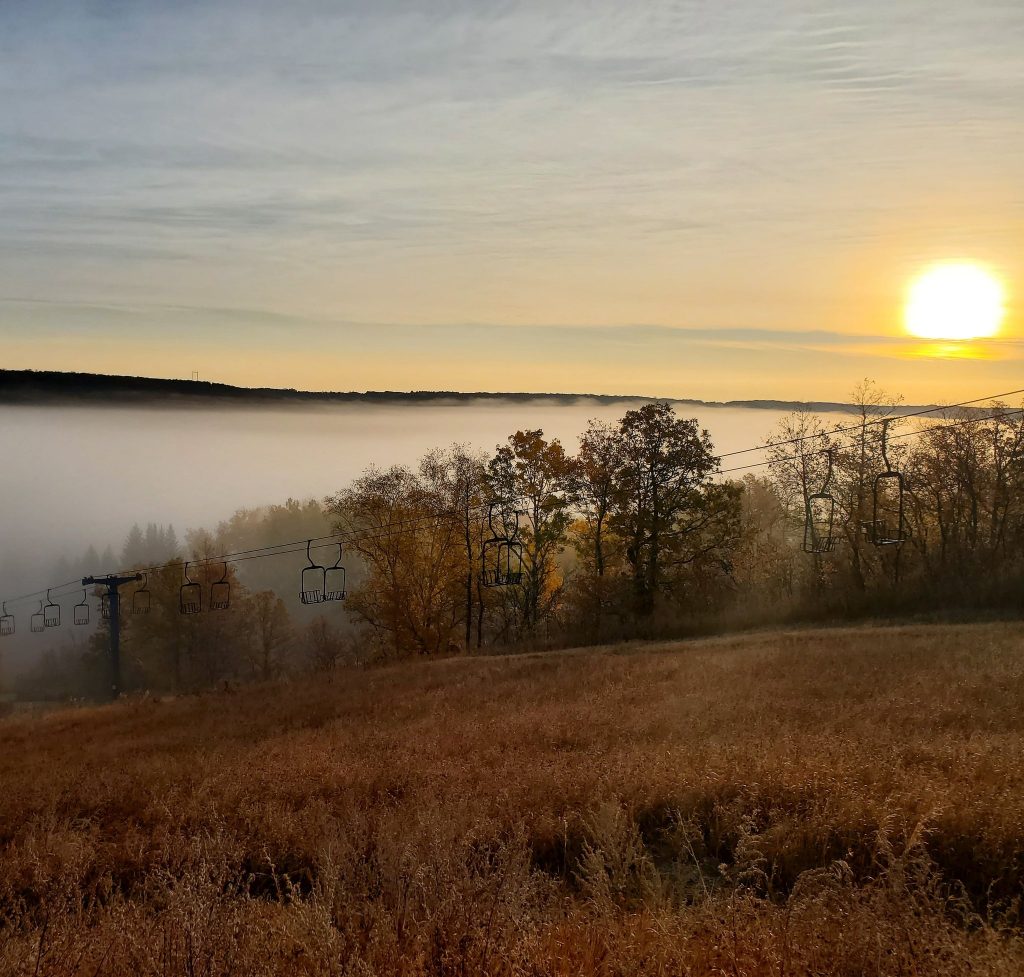 The source of all these? Holiday Mountain Resort in Manitoba, Canada.

Three Things
When I say they’ve “upped their game” I don’t mean their hired a professional photographer, they simply put a little more effort, thought, and strategy into their photos.

First, the time of day. They’re all early morning or late evening. Golden hour, as they say. One of the easiest ways to take better photos is to improve your lighting. And golden hour gives you lighting that’s tough to beat.

Second, they’re not overthinking the frames. There are certain vistas that are awesome. And sharing those photos over and over is a great way to reinforce that selling point of your mountain and build your brand around that incredible view.

Third, there’s no evidence of a fancy setup. I’m not seeing a lot of depth of field or long exposures or anything that says “only a top-of-the-line DSLR could have taken this.”

In other words, they’re doing stuff other smaller mountains could have done.

The difference? They took the time to actually do it. And the difference, at least in my book, is huge. Kudos to their team (and the photographer behind these photos).