Video
Are wide view videos the best use of drones? Sunday River and Bryce Resort might agree. 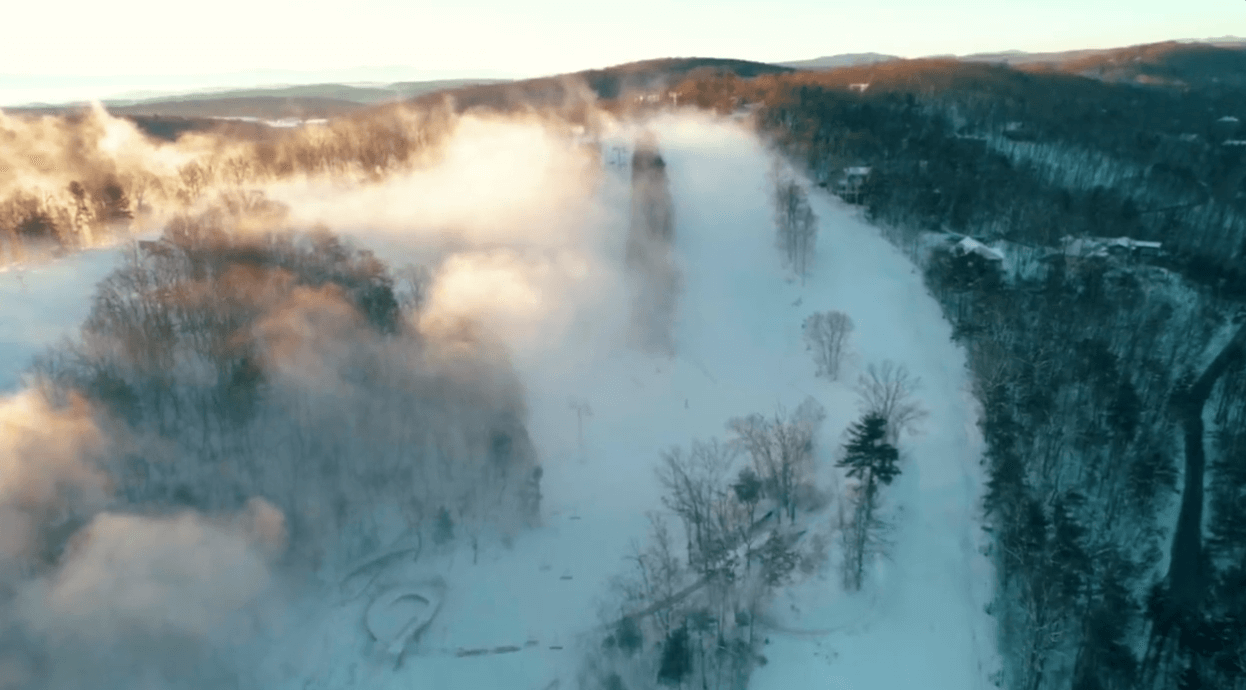 So far this season I’ve seen thousands of photos and videos from resorts.

Among those, only a small handful have really stood out as unique, compelling, and a story that inspires me to act.

Within that handful, half have the exact same angle.

I love the wide shot. Zooming out a bit, showing the resort as a whole, timing it for great lighting, and sharing far and wide is a strategy I can get behind.

This is such a fantastic photo on a handful of levels. What if, however, that was a video instead of a photo? Well, it’d look something like this.

Sunday River has been sharing quite a few of these types of photos lately and the results are beautiful. This video version, however, takes it to another level.

And while beauty is one thing, providing a meaningful update on conditions is the layer Bryce Resort added to the mix with their recent video that showcases a wide view video during a round of snowmaking.

Drone shots like these aren’t possible at all resorts, but I think this is such fantastic content that, at least for me, is catching my attention better than just about anything.

Even more, they’re telling a story that is as inspiring as any I’ve seen.